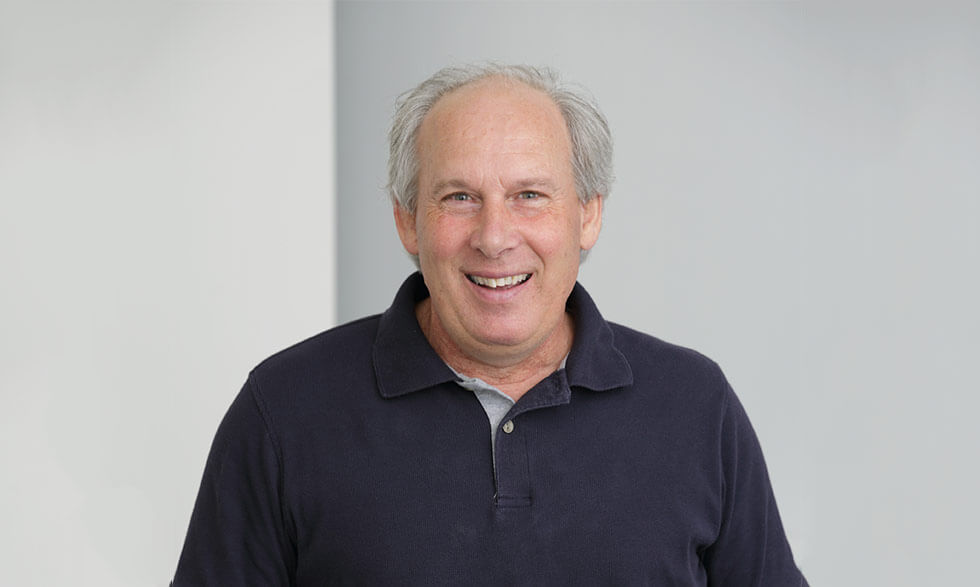 Dennis Drayna, Ph.D., is a scientist emeritus with NIH’s National Institute on Deafness and Other Communication Disorders.

"Stuttering gets no respect as a disorder," says stuttering expert Dennis Drayna, Ph.D. "People think of it as a mild condition. They don't see that it can have a profound negative impact on the lives of those who have it."

He should know. Stuttering runs in his own family, including his sons, brother, and uncle.

As a senior researcher with NIH’s National Institute on Deafness and Other Communication Disorders, he spent more than two decades researching this puzzling condition and identifying mutations in several genes that are linked to it.

Stuttering, a speech condition that causes people to repeat or stumble over certain sounds, syllables, or words, is unique, Dr. Drayna says.

“They don’t have problems with grammar, syntax, articulation, or pronunciation,” he says. “They know exactly what they want to say, they just can’t say it at the rate they would like.”

It’s why Dr. Drayna feels that calling stuttering a speech disorder is an incomplete description.

“In many circumstances, even severe stutterers can speak very fluently,” he notes. “If you ask them to recite the pledge of allegiance with others, or sing, their speech is often fine.”

There’s a saying among those in the stuttering community that no one stutters when they talk to their dog, Dr. Drayna adds. Maybe it’s because people know the dog isn’t judging them, he says.

"A mild stutter can become severe when the person has to give a speech to 500 people. Raising anxiety levels tends to decrease fluency - Dennis Drayna, Ph.D.

Stuttering isn’t caused by stress or anxiety, but they can make it worse.

“A mild stutter can become severe when the person has to give a speech to 500 people. Raising anxiety levels tends to decrease fluency,” Dr. Drayna says.

Stuttering also runs in families. Studies have found that 60% of those who stutter also have a family member who stutters.

“That’s why the genetic approach seemed to be the only entree into solving this problem when I started more than 20 years ago,” Dr. Drayna says.

Back then, the data about genetic factors was skimpy. In the last 15 years, the data has grown a lot, he says.

What the data says

Dr. Drayna’s research group found mutations in four genes linked to stuttering. All of these genes control what is called intracellular trafficking—how important molecules inside a cell move around in various pathways.

Unfortunately, the genes’ mutations mean the gene products don’t do a very good job of directing traffic. So that slows down cell functioning and somehow affects the speech process.

“We can find a mutation in one of these genes in about 20% of people who stutter,” he says, which is a large amount for a disorder with a complex inheritance pattern such as stuttering. Drayna’s group has since found two more genes that also seem to be linked to stuttering.

Does that mean people could be tested for a stuttering gene?

“The answer is yes, but it might not be very helpful to them,” Dr. Drayna says. In his studies, not everyone who had a stuttering gene in fact stuttered, especially the females. Males who stutter outnumber females by four to one.

Dr. Drayna, who has since retired from NIH and continues to serve as a scientist emeritus, hopes that researchers will one day understand enough about what is happening at the cellular and molecular level so that a better therapy for stuttering can be developed.

In the meantime, he encourages those who stutter to seek out a speech therapist for help.

“Stuttering can be a difficult condition to treat, but many speech-language pathologists (SLPs) are highly skilled and have lots of tools.” Dr. Drayna recommends seeking an SLP who specializes in stuttering.

Image credit: Courtesy of the National Institute on Deafness and Other Communication Disorders

Joe Lukong had a simple question. The answer he got would change his life. What Joe wanted to know was,...