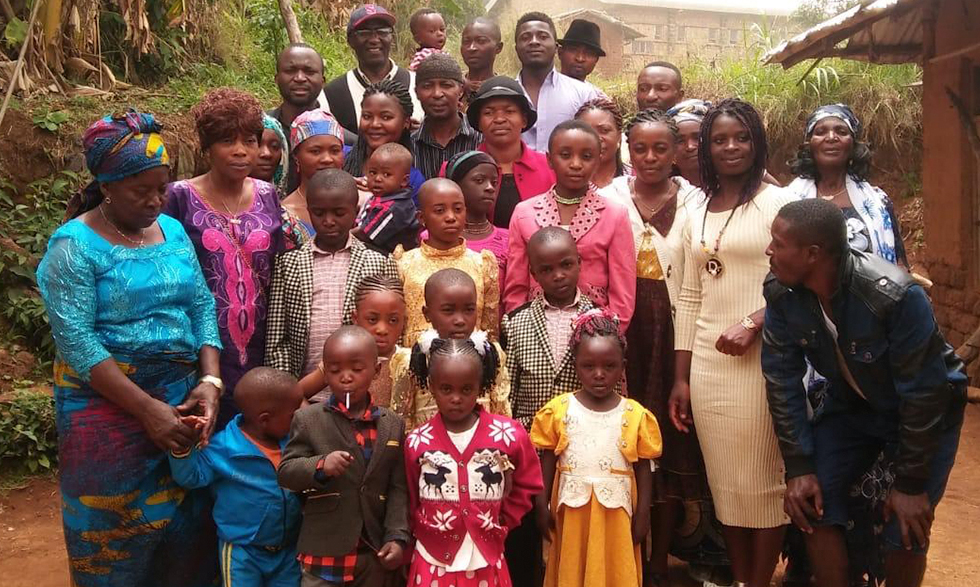 Joe Lukong had a simple question. The answer he got would change his life.

What Joe wanted to know was, why did he and so many members of his large, extended west African family all stutter? Siblings, aunts, uncles, nephews, cousins: the list went on and on. "Is it possible there could be a genetic link?" he wondered.

As it turned out, there definitely was a link.

It was 2002, when Joe, then 37, was living in a small rural town in the African country of Cameroon.

He wanted to find out more about his stuttering condition—and find answers for his family. So he decided to participate in an online research symposium where stuttering experts offered to answer people’s questions about the disorder.

When one of the experts saw Joe’s question about his family, they forwarded it to Dennis Drayna, Ph.D., at NIH’s National Institute on Deafness and Other Communication Disorders.

Dr. Drayna, who was studying the genetics of stuttering, quickly realized that Joe’s huge family could be critical to discovering more genes that could be causing the disorder.

Shortly after,  Dr. Drayna and his team traveled to Cameroon. There they took blood samples from more than 150 people, including 50 in Joe’s family who stuttered.

Participating in the research had a huge effect on Joe's life too.

Getting help and confidence

It helped him understand stuttering better. It also gave him access to free speech therapy and the confidence to help others who stutter.

"You have to understand, I grew up in a small rural town," Joe says. "In our school, teachers were not sure how to deal with people with speech problems. They would laugh at them and then the students would follow."

"The people who really matter will care what you have to say, not how you say it." - Joe Lukong

As for speech therapists, there were only a few in the entire country and only in the bigger cities.

Joe said he tried to hide his stuttering "because I feared people would have a negative impression of me."

But after the NIDCD research, he helped organize a stuttering conference that helped more than 100 people in Cameroon get speech therapy.

"It helped me realize I wasn’t alone. It helped me let go of my fear of stuttering," he says.

Joe, his wife, and son now live in Minnesota, where he works with people with mental disabilities.

His advice to those who stutter: "Don’t let it keep you from achieving your goals. The people who really matter will care what you have to say, not how you say it."