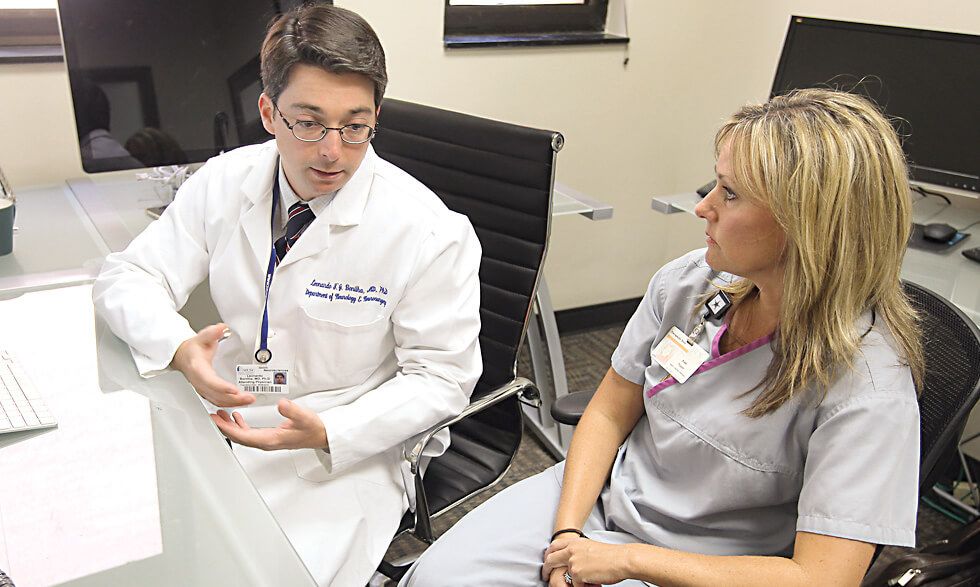 Aphasia makes it hard to read, write, say what you mean to say, and, sometimes, to understand what others say. We've compiled an overview to help you understand the condition more.

It is most common in adults who have had a stroke. Brain tumors, infections, injuries, and dementia can also cause it.

Aphasia occurs when parts of the brain that are responsible for language processing are damaged. For most people, these areas are on the left side of the brain. It may be temporary or long-term, depending on the cause and other factors. Aphasia affects about one million Americans, and about 180,000 are newly diagnosed each year. There is no cure for aphasia. But it can be treated. Research shows that treatment for aphasia improves language abilities.

Who is at risk?

Most aphasia cases result suddenly from a stroke or head injury. However, they may also develop slowly from a brain tumor or disease that affects brain tissue.

One way to prevent aphasia is to lower your chance of a stroke by improving your cardiovascular health. Another is to protect your head from injury, such as by wearing a helmet when you ride a bike.

The symptoms of aphasia vary according to where damage has occurred in the brain and the type of aphasia. For aphasia caused by stroke, the types are fluent and non-fluent. The most common type of fluent aphasia is called Wernicke's aphasia. It results from damage to the temporal lobe and surrounding areas in the brain. People with Wernicke's aphasia may speak in complete sentences that are often long but have little meaning. They also often have trouble understanding speech.

Often the clinician is the first person to recognize the symptoms of aphasia while treating the patient for a brain injury. To diagnose aphasia, the clinician will usually order a magnetic resonance imaging (MRI) scan or a computed tomography (CT) scan to locate a brain injury.

In addition to the scans, the clinician usually tests the abilities to understand language and speak, often by asking the patient to follow commands, answer questions, name objects, and carry on a conversation. If aphasia is suspected, the clinician should refer the patient to a speech-language pathologist, who conducts further tests of the patient's communication skills.

A brain injury produces tremendous changes in the area of the brain directly affected by the injury and also in distant brain regions. During the first few months following the injury, the brain heals and language ability often improves, even without treatment.

Even so, for most people with aphasia, language difficulty remains after this initial recovery period. For these people, speech-language therapy improves their ability to understand and use language. This therapy aims to help the patient make use of remaining language abilities, restore language abilities to the extent possible, and learn other ways to communicate, such as by using gestures, pictures, or smartphones and other electronic devices.

Outlook for people with aphasia

Researchers are developing new and more effective behavioral treatment types of speech-language therapy to see which work best in helping patients recover aspects of understanding and using speech and language. Drug therapy is another avenue of research in treating aphasia. Researchers are studying drugs that affect the chemical neurotransmitters in the brain and are investigating whether these drugs can be used in combination with speech-language therapy.

Another promising area of research is the use of advanced imaging methods, including functional magnetic resonance imaging (fMRI), to see how healthy and damaged brains process language to better understand the recovery process. This research could result in better diagnosis and treatment of aphasia and other neurological disorders.

Clinical trials funded by the National Institute on Deafness and Other Communication Disorders (NIDCD) are looking closely at these technologies.

One such trial is called the Transcranial Direct Current Stimulation to Treat Aphasia trial. Leonardo Bonilha, M.D., Ph.D., associate professor of neurology and clinic director at the medical University of South Carolina, is leading that study.