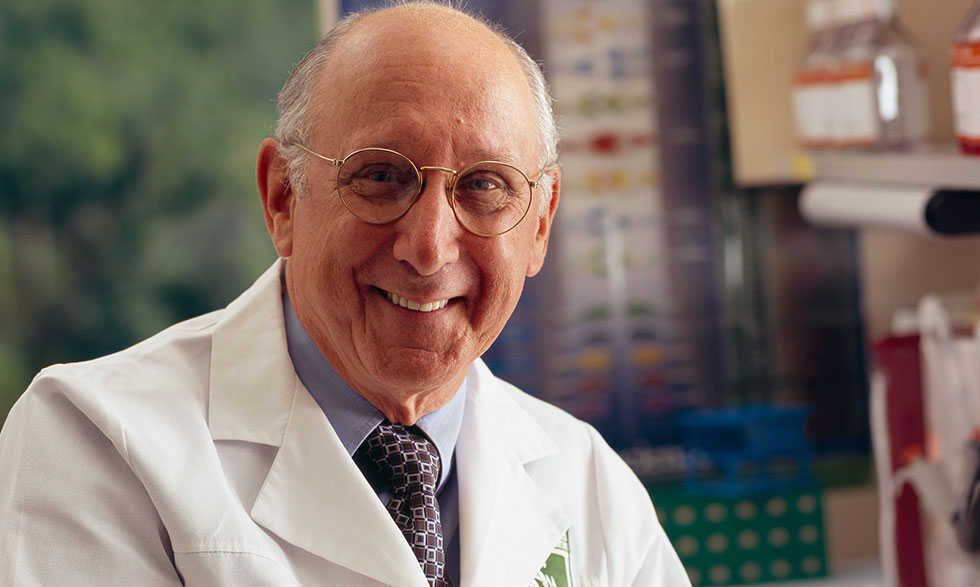 Steven Rosenberg, M.D., Ph.D., in his lab at the National Cancer Institute.

For more than 30 years, Steven A. Rosenberg, M.D., Ph.D., has pioneered the development of immunotherapies and gene therapies for patients with advanced cancers. These therapies use patients' own bodies to fight cancer. Dr. Rosenberg is chief of surgery and senior investigator at the National Cancer Institute (NCI). He spoke to NIH MedlinePlus magazine about how a new experimental treatment has shown success for patients in a clinical trial.

What should readers understand about treating cancer with immunotherapy?

Up to now, we have had three major ways to treat cancer—surgery, radiation therapy, and chemotherapy. But the number of patients who develop cancer is so high that the best application of those three treatments in 2017 still resulted in 600,000 cancer deaths in the U.S. We've been developing a fourth approach to cancer, with increasing effectiveness: immunotherapy.

There has been some startling progress made in the last several years. Immunotherapy has helped patients who can't be effectively treated by conventional surgery, radiation, and chemotherapy.

What is driving this approach?

A lot of basic biologic research has been translated into effective treatments. That's the way that science works. We learn from basic research. When we have enough information, we can apply that information.

Right now, my own involvement is in the application of basic research findings from my own laboratory, applied to the treatment of patients.

How is your current research translating into treatments?

"Our goal in immunotherapy is to stimulate the body's own natural defenses to fight the cancer."

We developed the clinical application of Interleukin-2. This treatment helps strengthen a patient's immune  system to fight off cancer. It was the first immunotherapy approved by the Food and Drug Administration for patients with metastatic melanoma [a type of skin cancer] and metastatic kidney cancer. Metastatic cancer is cancer that has spread throughout the body.

Along with Interleukin-2, we have taken a patient's own immune cells, selected those cells that attack the cancer, and then give them back into the patient. That combination appears to be capable of treating almost 50 percent of these patients, even though other treatments were not successful.

We have seen some responses in patients with colon cancer, liver cancer, and recently with breast cancer. That is one of the most exciting areas of immunology research.

Are you still recruiting patients for this or any other trials that are related to immunotherapy?

Yes. We are looking for patients who have metastatic solid cancers [cancers in organs] of the gastrointestinal tract or ovarian cancer who have been through standard treatments that have not worked. We want to apply our new treatments in a variety of clinical trials.

When Judy Perkins got the diagnosis of stage IV metastatic breast cancer, or breast cancer that has spread, she felt defeated. ...

Clinical trials and you

When you volunteer to take part in clinical research, you help doctors and researchers learn more about disease and improve...