Triathlete on winning the cancer race

Persistence and self-education pay off 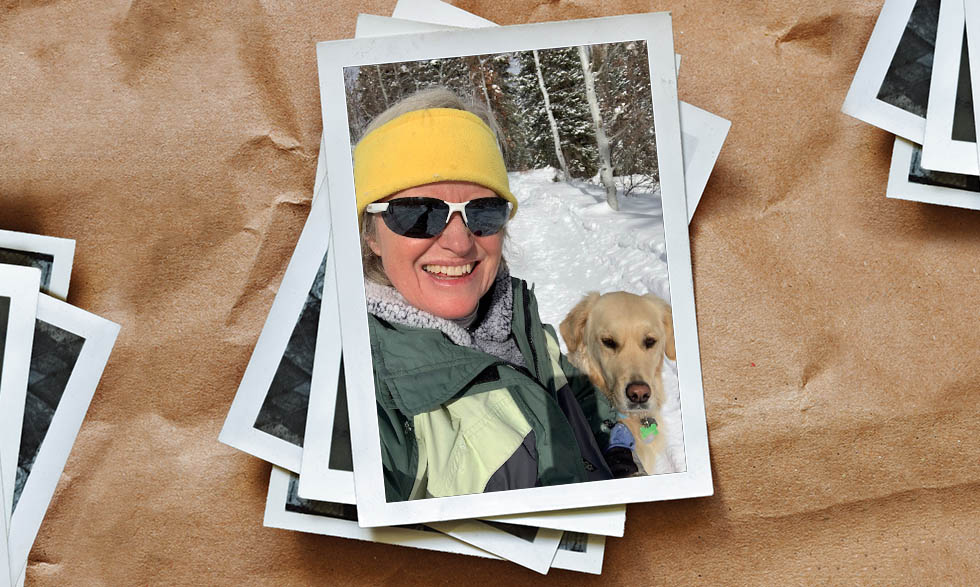 Leslie Heffernan, with her dog, Bella.

In 2018, Leslie Heffernan, then 58, was training for a triathlon. The Massachusetts resident has always been active and ran, swam, and biked in her spare time to prepare for the event.

"I was very in tune with my body at that time and very aware of how I was feeling and moving," she says.

When she began experiencing abdominal discomfort during training runs, she knew something wasn't right.

"I felt like I needed to hold my belly when I ran," she says. "I started to feel something in my lower abdomen that I could push and move around. It didn't hurt, but I had no idea what it was."

"You know your body best. If you think something is wrong, see other doctors until you get an answer."

Leslie made an appointment with her primary care doctor to have it checked out. The doctor, she says, felt her abdomen but didn't find anything unusual. She sent Leslie on her way. But she still felt like something was wrong. "I made an appointment with a gastroenterologist [a doctor who helps manage intestinal and liver diseases] figuring it might be something intestinal," she says.

Two months later, at the appointment, Leslie described the mass she felt. The gastroenterologist ordered an ultrasound. Three days after that, the doctor said the ultrasound had revealed a mass. It was so large that it was difficult to determine exactly where it was coming from. A subsequent MRI determined that the mass was on her ovary.

"Even at that point I never thought that this could be cancer," she says. "After all, I wasn't feeling sick, and I was still running. I thought it could be a number of things, like a large cyst."

Later that month, during surgery to remove her ovaries, the surgeons also removed a mass the size of a soccer ball that was shaped like a figure eight, she says.

"It was squishy, like a water balloon. It moved when you pushed it, which might have been why it was hard for people to feel," she says. They sent the mass to a lab to check it for cancer cells. They also removed tissue from her stomach and lymph nodes for additional testing.

After the surgery, when Leslie was in recovery, her doctor explained that the ovarian mass was cancerous, but that the cancer was contained. She then had six rounds of chemotherapy. Leslie was declared cancer-free three years later.

"I know how extremely lucky I was that the cancer was contained, and I know that not all people with ovarian cancer get that same news," she says. "I'm not sure I would have known that anything was wrong if I wasn't in tune with my body and training for a triathlon."

Leslie's experience with ovarian cancer taught her the value of advocating for yourself, she says. She implores others to do the same.

"I'm not sure how things might have turned out if I didn't seek the opinion of other doctors," she says. "You know your body best. If you think something is wrong, see other doctors until you get an answer."

The five-year survival rate for ovarian cancer is 49%.