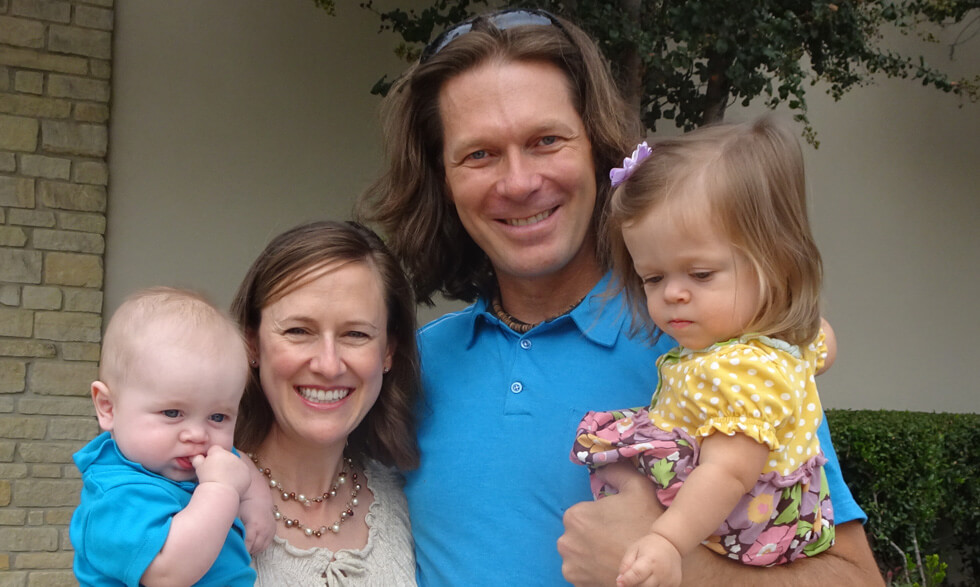 Brian LaFoy with his wife Jennifer, and his children, Micah and Bethany.

Brian LaFoy has been around psoriasis his whole life. His father has it and his father's mother has it. Then, when he was in his mid-20s, he saw the signs and symptoms on his own body.

"It started as plaque psoriasis in my navel and then some plaques on my scalp," recalls LaFoy, 46, a civil engineer from Plano, Texas. "I wasn't diagnosed with psoriasis at first. It was diagnosed as dandruff and other things." A year went by before he got an accurate diagnosis.

His father's experiences with earlier psoriasis treatments led LaFoy to be wary about his own treatment options.

"They didn't know as much back then as they do now," he says. "My dad went through some medications that affected his health quite a bit, and for a period of time, almost killed him."

"That led to me stay away from anything that I would take internally, orally, or a shot," LaFoy recalls. "Everything I did for years and years was only skin creams. That's the only thing I would touch, just having seen what happened to my father. I pretty much tried every topical there was."

By the time he reached his mid-30s, LaFoy's condition had advanced to severe plaque psoriasis. He had it in his ears and on his scalp, chest, knees, feet, and other places on his body. He also started to develop symptoms of psoriatic arthritis. That is a form of arthritis that produces the joint inflammation common in arthritis and the lesions common in psoriasis.

"It became a quality of life issue for me," LaFoy says. "I'd lost the use of my right hand because the arthritis was so bad. That's the point where I decided to go on biologics. I've been taking etanercept for about eight years. It's a once-a-week injection for me. I have cleared up approximately 95 percent and am living manageably with my psoriasis now. It still hurts every day and I still have plaques on certain parts of my body. But I'm much better than I was before I started on biologics."

Today LaFoy is active with the National Psoriasis Foundation and a national mentor for psoriasis patients.

What advice does he offer to those with the disease?

"Understand your body and try to get the right help at the right time as early as you can," he advises. "It can be such a long time for a lot of patients to be able to get the proper diagnosis. There's a limited number of doctors who really specialize in it. Fortunately, I'm with one now."

LaFoy, who has his own family now, has not allowed psoriasis to slow down his active lifestyle. He plays soccer and ice hockey, and enjoys snowboarding, wakeboarding, and scuba diving. However, he says his true passion is surfing and he spends as much time as he can on the Florida and California coasts.

"The key is to not let the disease get you. Part of who I am is being active and doing things I like to do. Whatever it takes, that's what I'm willing to do. I'm one of the lucky ones."