Measles: What you need to know

Trademark symptoms include a red rash, fever, and cough 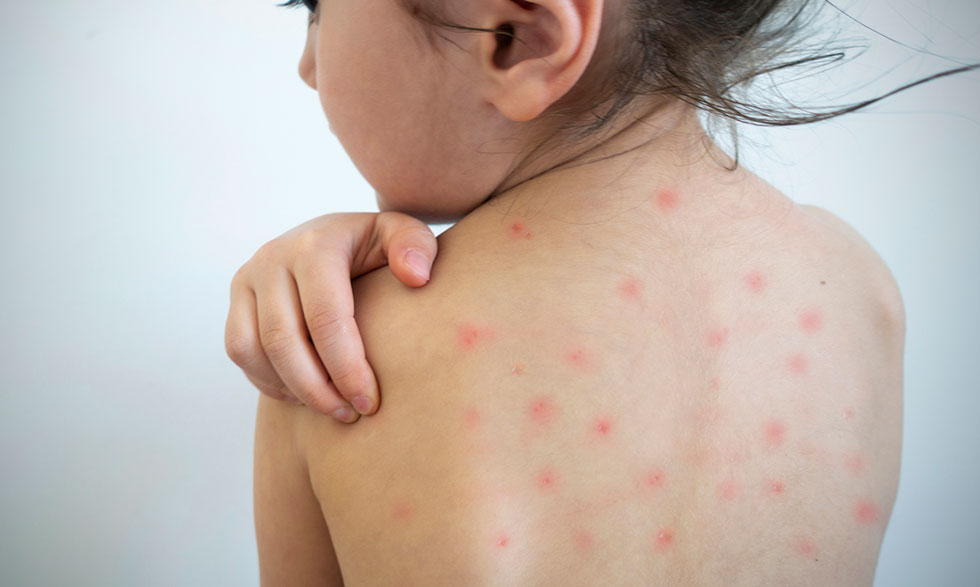 Measles is a highly contagious disease, meaning it spreads easily. The trademark symptom is a blotchy, red rash.

Measles is so contagious that if one person has it, up to 90% of the people close to that person who are not immune (meaning they haven't been vaccinated or haven't had the disease) will also become infected.

While measles usually has symptoms for a short period of time, there are complications that can cause serious health issues.

Before you get the rash, you usually have a fever, which turns into a cough, runny nose, and pink or red eyes. Then the rash of tiny red spots breaks out and spreads. It often starts near your head and moves down the body.

Other symptoms include feeling achy and run down and having tiny white spots inside your mouth. Measles is not the same as German measles, which is also known as rubella.

People with measles can spread the disease to others four days before the trademark rash appears and four days after it goes away.

Measles can cause more serious health issues, especially in those who are too young for the vaccine. It can also harm people who have weak immune systems and are not well enough to get the vaccine, like cancer and transplant patients, or older adults.

Complications include ear infections that can result in permanent hearing loss, pneumonia, and brain swelling.

Another complication, subacute sclerosing panencephalitis (SSPE), is a very rare but deadly central nervous system disease. SSPE generally develops 7 to 10 years after a person has measles.

There is no treatment for measles, but there is a vaccine that helps prevent it.

The measles vaccine is combined with two other vaccines, which prevent mumps and rubella and is collectively known as the MMR vaccine. MMR usually is given to children in two doses, the first at about age 1, and the second at age 4 to 6.

The second dose helps make sure we've developed immunity against measles, mumps, and rubella. For most people, one dose is enough, but to get enough people immune to protect others, the Centers for Disease Control and Prevention recommend that everyone get what's known as a "booster" vaccine.

If you haven't been vaccinated against measles or aren't sure if you've been vaccinated, you can get the vaccine at any age. Check with your health care provider to determine the best path for you and your loved ones.

Did you know? About one in four people who have measles will be hospitalized.

The measles mumps rubella (MMR) vaccine is one of the most effective around. It is 97% effective against the viruses when...