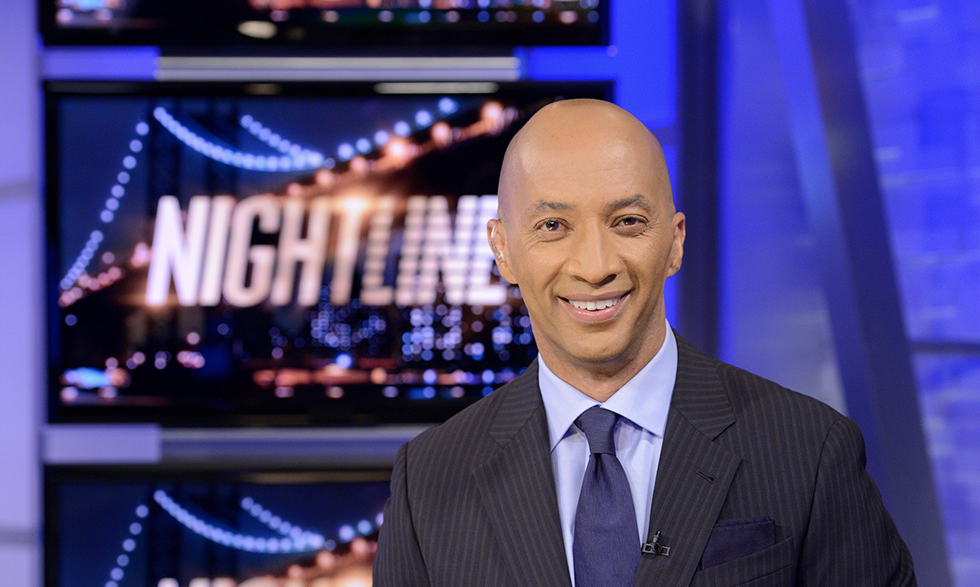 ABC News Nightline co-anchor and chief national correspondent Byron Pitts has won Emmy Awards for his coverage of key historical events. He has covered the September 11 attacks, Hurricane Katrina, and the Wars in Iraq and Afghanistan, to name a few. While he is now a pro in front of the camera, Pitts struggled with stuttering as a child and young adult. Stuttering is a speech disorder where someone knows exactly what they want to say, but has trouble saying it. Today, Pitts manages stuttering by staying rested, doing yoga, and giving himself a little grace. He's also a champion for others with the condition.

How was your stuttering identified?

I was failing math in elementary school. Doctors determined it was because I couldn't read the directions. I was illiterate [or couldn't read]. While the doctors were trying to figure out why I couldn't read, they noticed my struggle to speak clearly and identified that I was a stutterer. At home, my family would finish my sentences for me in an effort to protect me. In school, when I would stutter people would tease me, so I would just stay quiet. To me at that time, the bigger and more shameful challenge was my illiteracy.

"For all the shame and discomfort I felt because of stuttering, my family matched that with their love and support."

How did you manage your stuttering when you were young?

Hiding, avoiding, and ignoring were my main strategies through grade school and high school. Stuttering led to low self-esteem because, in my mind, I had associated my stuttering with low intelligence. I also felt limited by it. For example, there were certain words I struggled with, like "lemonade." When ordering lunch in the cafeteria, I would ask for water instead of what I really wanted because I could say water, but not lemonade. Being unable to ask for what I wanted made me feel stupid. Interestingly, I didn't have any problems when I was singing. I was confident I wouldn't stutter when I sang in my school and church choirs. One of the ways I learned to manage my stutter on my own was to sing the point I was trying to make. As captain of my high school football team, I would call out defensive plays by kind of singing them.

You've spoken about how you got support when you were in college.

A professor in the speech department helped me. As a freshman, I was asked what career I wanted to pursue. I tried to say journalist, but I couldn't get a "j" word out. After class, the professor talked to me and encouraged me to confront my stuttering. He asked me to be the host of a live radio show at the college radio station. I told him there was no way I could do that, but he urged me to tackle my challenge head-on.

My professor would also have me read backwards. That made me focus on each word. I started to identify the words that I really struggled with and find good replacements for them. The combination of doing these things and being co-host of a radio show—with modest success—helped me a lot. I realize that many of these approaches are now seen as outdated. Better speech therapy is available now.

Do you still struggle with stuttering?

Being very tired or very emotional can trigger stuttering for me. I had to prepare myself before speaking at my daughter's college graduation reception. That was a happy, joyous, wonderful moment as a parent. I wanted to allow myself to be emotional, but control it so that I wouldn't stutter. Another example was when I did live reporting from Iraq and Afghanistan. I had to make sure I didn't get nervous about what was going on around me. The last time I stuttered on network news was while covering the elections in 2000. I was overly tired after many long days.

I've learned I need to exercise regularly, get enough sleep, and practice yoga to stay as strong and as rested as can be. That helps me manage my stuttering.

How important is early intervention with stuttering?

Early diagnosis and early intervention are vital. As I mentioned, help with stuttering has really improved since I was a child. There are tremendous speech therapy and other services available now to work with children early in their lives—and for adults too. Getting professional help early is something I would highly recommend.

What is your advice for other people who stutter?

One of the greatest sources of support in my life was my family. We were an inner city, working class family with limited resources. But for all the shame and discomfort I felt because of stuttering, my family matched that with their love and support. For anyone who is struggling with stuttering, seek out and embrace support from family and friends.

It is also important for you to know you are OK and to be confident in yourself. Stuttering has certainly been a challenge for me, but it has also been a gift. It has given me a sense of empathy and made me a good listener. Since I didn't speak much, I learned the value of listening and observing at a young age. Those are strengths in my personal and professional lives that I may not have had otherwise.

Approximately 5% to 10% of all children will stutter for some period in their life.

Source: National Institute on Deafness and Other Communication Disorders