ALS—short for amyotrophic lateral sclerosis—is a rare but serious disease that attacks nerve cells in the brain and spinal cord. It’s also known as Lou Gehrig’s disease, after the New York Yankees player who had the condition.

The disease affects voluntary muscle movement. That can mean anything from chewing, walking, running, or talking.

ALS symptoms get worse over time.

Early symptoms may include muscle weakness or stiffness. But as more muscles are affected, people lose their strength and the ability to speak, eat, move, and even breathe.

While there isn’t a cure for ALS, there are treatments that can make living with the condition somewhat easier. Those can include a combination of medication, physical and speech therapy, and nutritional and breathing support.

Researchers supported by NIH’s National Institute of Neurological Disorders and Stroke are working hard to learn more about the disease and find answers to help people with ALS. 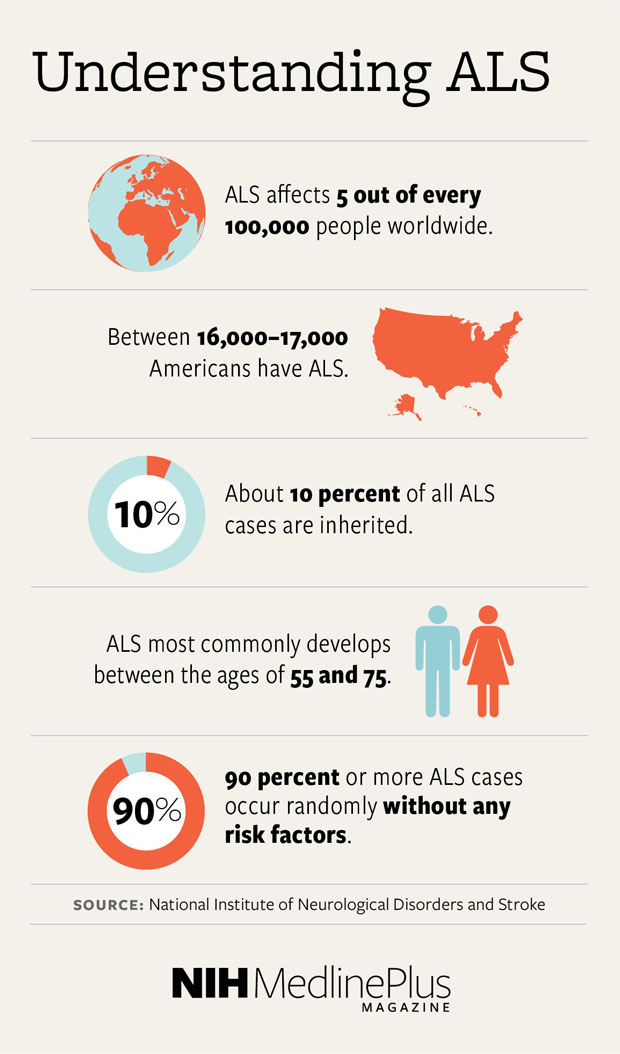