Zoey’s story: One family’s experience with a rare disease 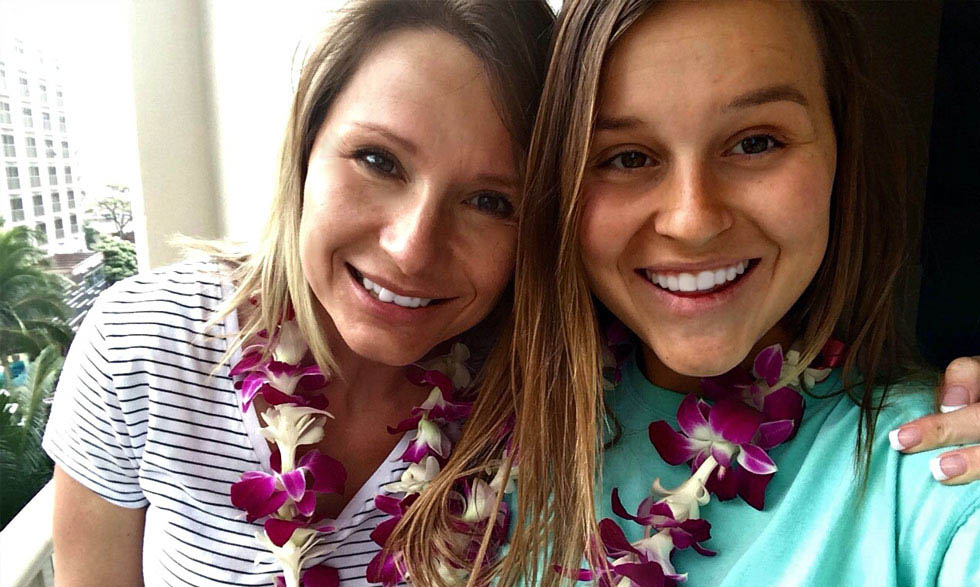 Zoey Zalusky, right, was 19 years old when she passed away suddenly from a rare disease.

In 2015, college student Zoey Zalusky was 19 years old with an exciting future ahead of her. She had a supportive, loving family, and a close circle of friends. She was studying to be a nurse and getting good grades at the University of Arizona at Tucson.

"She was our social butterfly," says Renee Zalusky, Zoey's mom. "She was always everywhere and wanting to do everything. She had a lot of energy." Zoey was the middle of three children.

But in December of that year, everything changed. Zoey suddenly passed away from an undiagnosed, rare genetic condition: ornithine transcarbamylase deficiency (OTC), which is part of a larger group of urea cycle disorders.

The disorder can go unnoticed for years, as it did in Zoey's case. If not diagnosed, it can lead to a buildup of toxic levels of ammonia in the body, which can cause brain damage and other serious complications. Ammonia builds up because people with the disorder cannot dispose of excess nitrogen—which comes from the protein we eat and the protein in our muscles—through their urine.

Renee says looking back there were some symptoms, but they didn't seem out of the ordinary at the time. In general, Zoey was a healthy, happy child.

"As far as health goes, I always described her as energetic and full of life," Renee says. "Whenever we'd go to her annual check up, there were never any problems." Zoey played sports growing  up and swam on the varsity swim team in high school.

But Zoey did have an aversion to protein from the time she was little and always preferred carbohydrates and salads. With urea cycle disorder, people often avoid protein because it can make them feel sick. In Zoey's case, it just seemed like something a lot of kids do: picky eating.

"Zoey never ate a burger in her life. She never ate a steak," Renee says. "It's easy to see now that she had a definite aversion to protein because it probably made her feel sick."

As she got closer to adolescence, Zoey started to have uncontrolled episodes of vomiting. It only happened once in a while, with no warning, sometimes during high stress periods, Renee says.

"She would just out of the blue suddenly vomit. Sometimes she knew it was going to happen and sometimes she wouldn't," Renee says.

Her health care providers at the time thought it  might be food allergies or sensitivities. They suggested eliminating certain food groups and then re-introducing them slowly, to see if they could determine what was causing her nausea and vomiting.

Overall, they did not seem concerned about the situation and Zoey never really took the diet modifications seriously.

Zoey's disease went unnoticed until the winter of 2015.

It was the first semester of her sophomore year, and Zoey didn't feel well. She called her mom (who lives in Texas) saying she fell asleep at 4 p.m. the day before and had slept until 9:00 a.m. the next morning. Her words were jumbled and she wasn't making sense. "She was so upset because she was trying to tell me she had missed an assignment the day before," Renee says. "At first I thought she might have been drinking."

Hours later, Zoey wound up in the emergency room at the college's hospital. Her doctors considered alcohol poisoning, but after doing a variety of tests, including drug and alcohol screening, they weren't able to diagnose anything in particular.

Looking back, Zoey was having a reaction to the ammonia buildup in her body due to urea cycle disorder.

"They came to the conclusion that she was mildly dehydrated," Renee says. "The only thing that really raised some red flags were that her liver enzymes were slightly elevated."

The doctors gave her fluids, which seemed to help. Zoey was told to come back a few days later for a checkup and to follow up with her family doctor.

Zoey had a few repeat blood tests, which showed her liver enzymes were still high. But overall, she seemed back to normal and tried to catch up on schoolwork, Renee says.

But a few weeks later, Zoey collapsed. Her urea cycle disorder caused her to have irreversible brain damage due to the high levels of ammonia in her body, which led to a fatal coma.

After Zoey passed away, her parents made the decision to donate her organs. On Christmas Day 2015, three people received the gift of lifesaving organs. This is how they eventually discovered what led to Zoey's coma.

The Arizona Donor Network contacted them, letting them know that the man who received Zoey's liver had died shortly after due to complications from urea cycle disorder.

Zoey's whole family (her parents and two siblings) were all tested at Baylor College of Medicine in Houston after hearing this. They discovered that Zoey's father, John, also has OTC deficiency. The disease had developed spontaneously in utero, or before he was born.

Zoey's family still works closely with doctors at Baylor, who help John manage his OTC deficiency. Baylor also helped connect them with the National Urea Cycle Disorders Foundation (NUCDF), a patient advocacy group. They're committed to telling Zoey's story to help others and share her memory. A special part of this was a video discussing Zoey's life and her OTC story.

"Zoey never ate a burger in her life. She never ate a steak. It's easy to see now that she had a definite aversion to protein because it probably made her feel sick."

Renee is also spreading the word about blood ammonia tests, which can help diagnose urea cycle disorders. Zoey's ammonia level was not tested during either of her hospital stays.

"It's not an expensive test to do, but it's not an easy one either," Renee says.

For an ammonia test, the blood sample must be run immediately, because after 30 minutes there is a risk of a false positive.

The NUCDF has created a website that seeks to address this lack of awareness among medical professionals about the hidden dangers of ammonia poisoning.

"It was so devastating for us that nobody had ever really heard of this disorder, and it became really important to tell people Zoey"s story," Renee says. "We've been trying to do whatever we can to support efforts to educate the public, as well as emergency room personnel. If even one family can be saved from what happened to us, it will be worth it."

What is it like to research a rare disease?

Rare gene mutation may have link to common cold

Colds seem harder to escape as the temperature drops and people spend more time indoors. They are also not well...