What happens at NIH’s ‘House of Hope’? 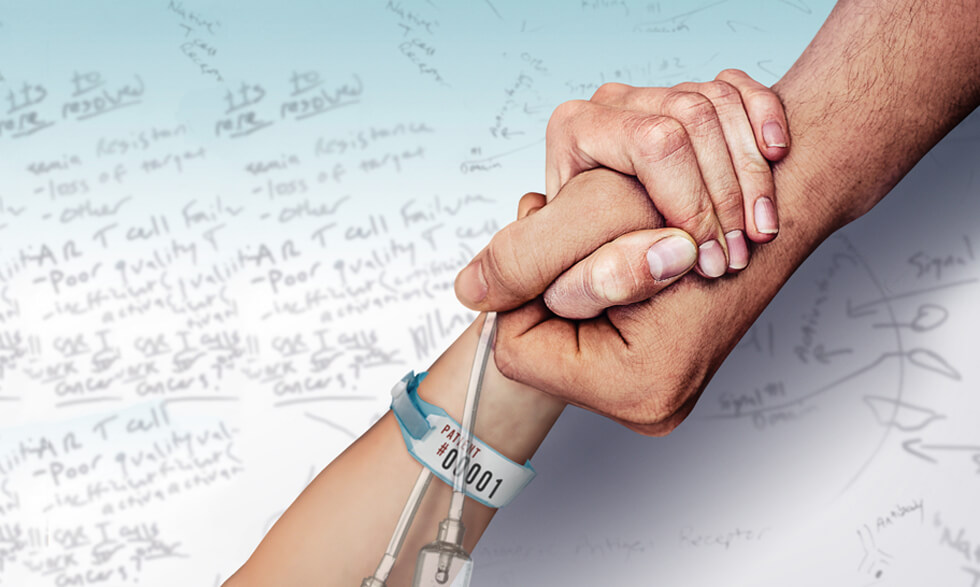 "First in Human," a new documentary series from the Discovery Channel, follows four patients at NIH's Clinical Center, also known as the "House of Hope."

Two of the patients have cancer and two have rare, inherited diseases.

The three-part documentary is named for the "first in human" trials, or trials in which new, innovative medical therapies are tested on patients for the first time. Viewers can step behind hospital doors and learn about these courageous patients, their caregivers, and the dedicated NIH staff treating them.

The moving series highlights the human impact of NIH's research and scientific work. "Big Bang Theory" and "Hidden Figures" actor Jim Parsons narrates the series, which was filmed over a one-year period.

A history of hope

For more than 60 years, the NIH Clinical Center—the world's largest hospital dedicated to clinical research—has been at the forefront of developing treatments for deadly and damaging diseases.

Located in Bethesda, Maryland, on the main NIH campus, the center has seen many medical firsts. These include chemotherapy first used to treat cancerous tumors, gene therapy undergoing its first human tests, and the first antiviral drug for HIV/AIDS meeting with early success.

"With the attention now being drawn to the value of clinical research by 'First in Human' and other outreach efforts, I hope we can begin to build momentum to encourage more Americans to take part in clinical trials," said NIH Director Francis Collins.

"Not only do clinical trials offer sick people who have no other options a chance to receive experimental treatments that may extend or save their lives, such work is essential for advancing scientific knowledge in ways that will benefit the health of future generations," he added.

Cancer treatment is constantly evolving and so are the detection tools that help diagnose it. The National Cancer Institute's ...

'First in Human,' a three-part documentary series from the Discovery Channel, follows four patients at NIH's...