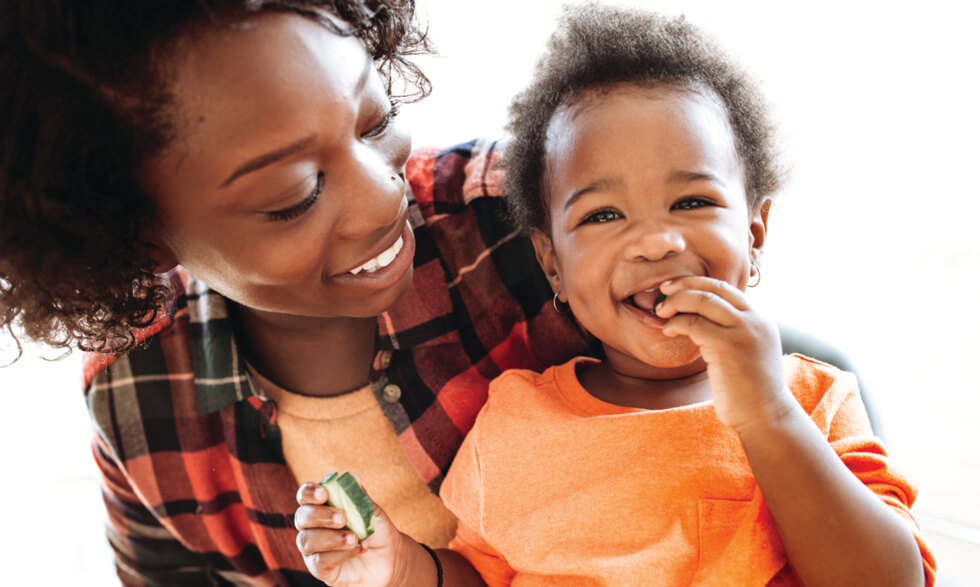 "This disease is common and it has a dramatic impact not only on the lives of people who have the allergy but on the lives of anyone who cares about them," says Pamela Guerrerio, M.D., Ph.D. She is chief of the Food Allergy Research Unit of the Laboratory of Allergic Diseases at NIH's National Institute of Allergy and Infectious Diseases (NIAID). Dr. Guerrerio spoke to NIH MedlinePlus magazine about food allergies and research to help understand and potentially prevent them.

Allergic reactions can be scary if you've never had one before. If you have a mild allergic reaction, which could include hives, itching, sneezing, or a runny nose, you should take an antihistamine if it's available and monitor for more severe symptoms, Dr. Guerrerio said.

If you have a more severe reaction, you should seek immediate medical attention at an emergency room or call 911.

Severe reactions include difficulty breathing or low blood pressure, which can cause confusion, paleness, a weak pulse, or a lack of consciousness. Dr. Guerrerio said if the reaction is severe or if it involves multiple organ systems—for example the person has hives and is also vomiting—you should administer an EpiPen if you have one and call 911.

Once the initial reaction has been treated, you should see an allergist to get tested for a food allergy and discuss a course of action.

Blood and skin tests can be helpful but are not enough to determine a food allergy. You must also have clinical symptoms when you eat the food.

Since these tests can result in false positives, "It's important that they are interpreted within the context of the patient's entire health picture," said Dr. Guerrerio.

It is uncommon for an allergy to develop later in life, though there are exceptions. The most common food allergies in adults include shellfish and nuts.

As people with a food allergy get older, they have increased chances of developing other allergic diseases or allergies. Sometimes people grow out of an allergy.

"It's really only with more research into food allergy that we're going to find better ways to diagnose, prevent, and treat the disease."

With so many unanswered questions surrounding food allergies, it's important that researchers continue to study them. "It's really only with more research into food allergy that we're going to find better ways to diagnose, prevent, and treat the disease," Dr. Guerrerio said.

A major, NIAID-funded study on peanut allergy prevention recently took place in the United Kingdom. This led to changes in food allergy guidelines from NIH. The study, Learning Early About Peanut Allergy (LEAP), looked at early exposure to peanuts in infants at high risk of developing a peanut allergy.

The study looked at 640 infants under the age of 1 who had either eczema, an egg allergy, or both. These conditions indicate a child is at high risk of developing a peanut allergy.

At age 5, the children had a peanut oral food challenge to see if they had developed a peanut allergy.

Following the LEAP study and a followup study, LEAP-ON, an expert panel led by NIAID reviewed the available evidence and recommended that infants with a high risk of developing a peanut allergy be exposed to peanut-containing foods as early as 4 to 6 months old. The goal is to reduce the development of a peanut allergy.

Dr. Guerrerio said it's important that parents of children with a high risk for developing a peanut allergy speak to a provider before introducing peanuts into a child's diet. The provider can help determine if the child should first see an allergist for a food allergy test.

NIAID is also conducting research at the NIH Clinical Center in Bethesda, Maryland. The Institute is looking for participants for a study called "Natural History and Genetics of Food Allergy and Related Conditions."

The 10-year study aims to better understand the development of a food allergy and look at nutrition and growth in children with food allergies.

"Most of the major food allergens—such as milk, eggs, peanuts, soy, and wheat—are nutritionally dense. The concern is that children who have to avoid those foods because of their allergies will be at high risk for not getting enough nutrition. So we wanted to ask whether children with food allergy are indeed susceptible to nutritional deficiencies," Dr. Guerrerio said.

Eligible participants include anyone between the ages of 2 and 99 who has a food allergy confirmed by a doctor's testing. NIAID is also looking for healthy individuals (who do not have a food allergy) for the control group.