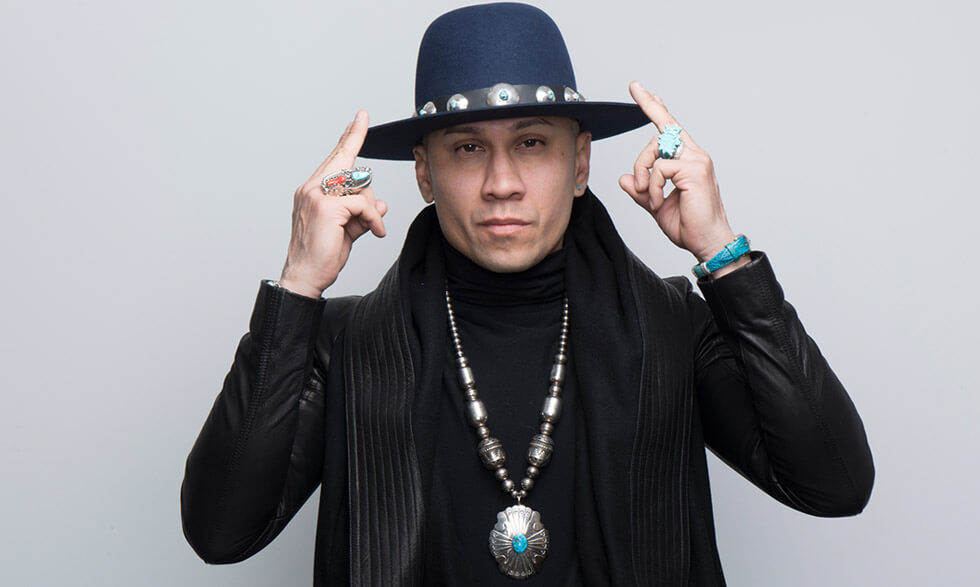 He shares his recent experience battling testicular cancer and discusses the important role of early detection, research, and music in fighting the disease. This interview first appeared in the 2017 issue of NIH MedlinePlus Salud. It has been updated and shortened for space.

Tell us about your cancer diagnosis.

I had chronic back pain for six years. Because we move and dance a lot in our performances, I thought it was due to chronic wear and tear of touring with the band, so I just lived with it.

But the pain gradually increased and spread from my back to my abdomen. It became so painful that one night I reached my breaking point.

I went to the emergency room where they did tests. The next morning, the doctors told me they found a large mass and that I had stage 3 testicular cancer. They said I needed to have surgery to remove it or it could spread to my lungs and brain, and I could die.

I went into shock. I have a wife and little ones. The first thing I thought was, "Am I going to live"? The next day I went into surgery and had the procedure to remove it, but that was just the beginning of the battle.

What specific tests were used to diagnose your cancer?

In the hospital they did an MRI, a CT scan, and other tests. The next morning they told me they had found a mass 4 centimeters wide and 4 centimeters long. And it was cancer.

Why have you have been vocal about early detection?

Early detection is key, especially in my communities—the Native American and Latino communities—that can often be overlooked. It is important to go and get checked.

People need to know to listen to your body and go to the doctor to make sure you are OK. No matter whether it is a pain or a lump, it should be checked out. I want to tell people that if it happened to me, it can happen to anyone. It can happen to a 3-year-old, a 38-year-old, or an elder.

What is your message to others who are facing cancer?

The message is simple: You are not alone. I am one of you; you are one of me. I went through a very harsh, intense, and aggressive chemotherapy experience. There were moments, to be honest, that I wanted to give up. But I got encouragement to stay strong. I had my family, friends, and bandmates. Everyone was very supportive.

Comfort care for kids and their families: A mother’s story

When Jake Swoyer was born in 1995, he seemed like any other healthy baby boy. His family—parents, John and Barbara Swoyer,...

Jean Kutner, M.D., a professor of medicine at the University of Colorado School of Medicine, is a well-known expert...

How to cope with the stress of social isolation

Social isolation, or being physically separated from others, can lead to loneliness and increased stress, especially during a pandemic. Loneliness...