Too 'stubborn' to give in to COPD 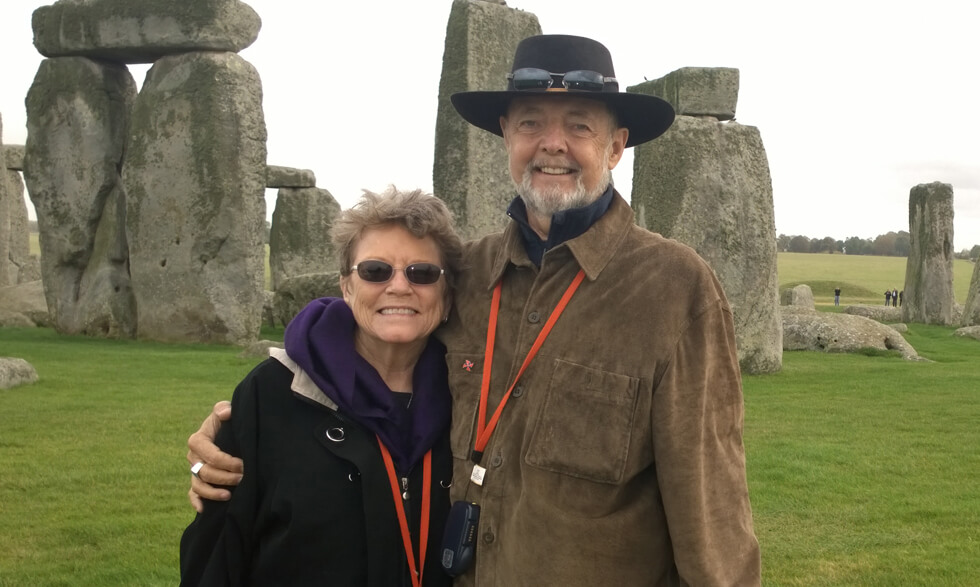 "I was blessed with a fine case of the 'stubborns'" says Jim Nelson, a 77-year-old retired accountant living in Arizona with his wife of 50 years, Mary.

It was his stubbornness and Mary's support that got him through withdrawal from cigarettes and helped him deal with his COPD. His commitment to exercise and good health helped him qualify for a double lung transplant at the age of 71. Jim provided a first-hand account of his experience with NIH MedlinePlus magazine. It has been edited for space.

Even though I smoked for 20 years, I was active when I was younger. I enjoyed hunting and fishing in the Colorado mountains and boating on nearby lakes. But that changed when I was in my 50s.

After I had repeated lung infections over the years, the Veterans Administration hospital in Grand Junction, Colorado, gave me my first pulmonary function test. I was diagnosed with severe COPD, the third of four stages of the disease. The doctors told me I'd continue to lose lung function. They also told me I should begin using supplemental oxygen for sleeping and exercising.

I was 55 years old by this time and hadn't smoked in 20 years. But my lung function was dismal: 33 percent of what it should have been.

"I set out to learn all that I could about my disease to better deal with it."

Predictably, my lungs continued to get weaker and my breathing became more labored. But the "stubborns" took over again. I learned all that I could about my disease to better deal with it. I vowed to become the rare COPD patient who exercises religiously, talks about COPD to anyone who will listen, and who anticipates dying with the disease, rather than because of it.

I became involved with the American Lung Association as a teacher and inspirational speaker. Mary and I also work with the national COPD Foundation as Arizona Advocacy Captains. We have developed classes on living with and dealing with lung disease for patients and caregivers.

We help spread awareness and work to improve communication between the medical community and the COPD community. And we were recently invited to participate in the COPD Town Hall at the NIH campus in Bethesda, Maryland.

We are trying our best to give back. We are helping a lot of people by spreading awareness about lung disorders to help people with COPD get through their days. However, we would be less than honest if we didn't admit that it still helps us, too.

Jeff Long, Ph.D., can hardly remember a time when he didn't suffer from serious asthma. Jeff, who is...

James P. Kiley, Ph.D., is the director of the Division of Lung Diseases at NIH's National Heart, Lung,...