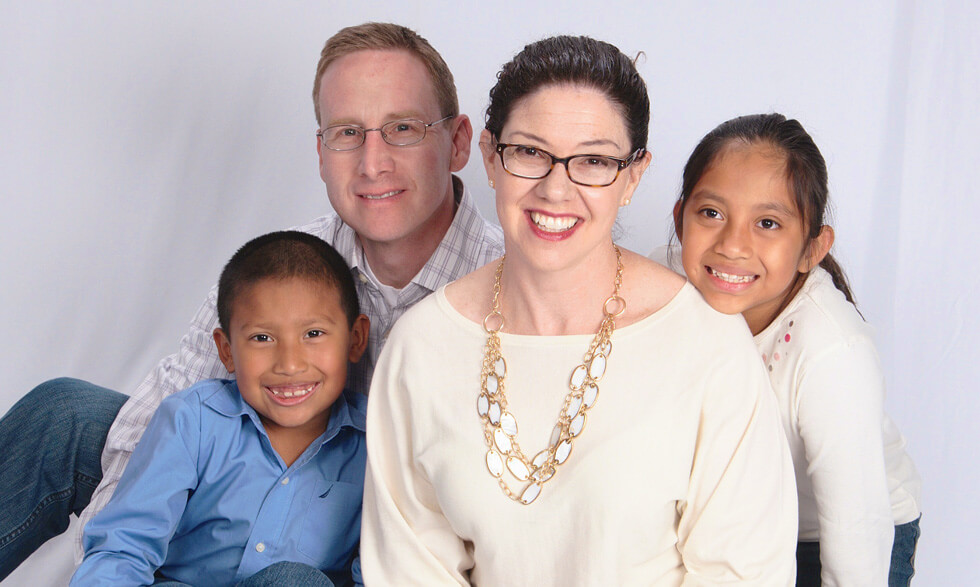 Jeff Long, Ph.D., can hardly remember a time when he didn't suffer from serious asthma. Jeff, who is now in his 50s, started experiencing symptoms when he was just a child.

"I remember participating in sports in elementary school and being very short of breath. It got worse and worse over time," he said.

While some people have one or two asthma triggers, Jeff had many. In addition to pollen, cold and dry weather, cat dander, and exercise were all potential triggers for Jeff. His hometown also had factories and with them, pollution.

Jeff's symptoms included shortness of breath and difficulty breathing. He often had major attacks that could last as long as an hour or two, usually after exercising.

"In the fall, my asthma would start to flare up and then I got other things, like secondary bronchitis. One time, in high school, I even got pneumonia," Jeff said.

Jeff's family struggled with how to treat his condition. He grew up in a small town in Illinois, where his parents didn't have many choices for his medical care.

"I think I was prescribed some sort of inhaler, but many of the symptoms were managed with over-the-counter medicines," he said. He also tried pushing through the symptoms, by running and staying active, but he kept experiencing asthma symptoms.

As an adult, he tried to treat his attacks as they happened, but he never felt like he had a handle on his asthma. That changed when he moved to San Antonio, Texas.

"Probably the worst place for my asthma was south Texas, where there were live oaks and cedar trees," Jeff said. "I got very ill. It got to the point where I was taking a couple of Benadryl pills a day."

Ultimately, though, San Antonio had a positive effect on Jeff's allergy treatment though. It was there that he met his now wife, Deb. She is a pulmonologist, a doctor who treats asthma. Even though Deb didn't treat Jeff herself, he started seeing a doctor regularly thanks to her suggestion.

"As part of the study, my understanding of asthma has had a major shift."

"When I did have a flare-up, my physician would treat things more quickly than I did trying to treat it myself," Jeff said. "The intervention was much earlier."

Jeff is now participating in an NIH study. NIH's NHALES, or Natural History of Asthma with Longitudinal Environmental Sampling, is helping Jeff learn more about his condition and help others with asthma.

"My experience with the study has been fantastic," Jeff said. "It has been helpful for many different reasons." Until this year, Jeff had been on and off antibiotics for 15 years due to asthma. Now, he takes a combination of an inhaled steroid and an inhaled bronchodilator, which helps relax tightened air passageways during an attack.

His doctor and the study's lead researcher, Stavros Garantziotis, M.D., also diagnosed another condition. Jeff has bronchiectasis, a condition in which the lungs' airways become damaged. This makes it hard to get rid of mucus. The condition was a result of scar tissue from pneumonia Jeff had when he was 2.

"This explained some odd flare-ups I had in the past," Jeff said. "It has also changed, to some degree, the management of my asthma flare-ups going forward."

Jeff has strengthened his approach to treating asthma as a chronic illness through participating in the NHALES study. "As part of the study, my understanding of asthma has had a major shift. Instead of looking at this as a problem that surfaces a couple of times of year, I'm seeing and treating it as a chronic condition," he said.

When Sylvia Granados-Maready was born, she was diagnosed with asthma. To this day, Sylvia lives with asthma without letting it...

The future of asthma monitoring

With so many pollutants indoors and outdoors, determining what triggers asthma in children is not easy. Now, NIH-supported researchers are...