Over-prescribed and misused, these wonder drugs are leading to widespread drug resistance 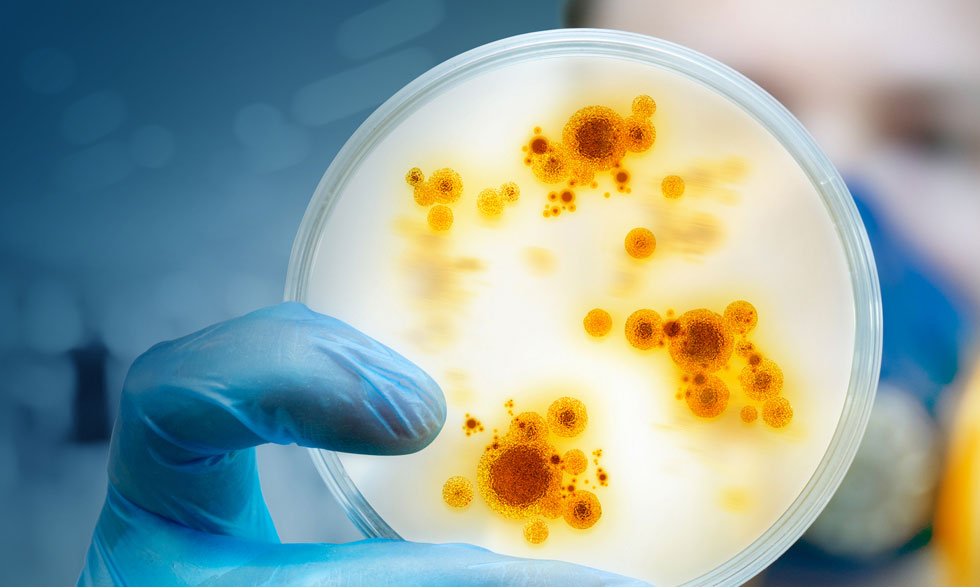 "If you are given antibiotics, you will kill all the sensitive bacteria. Most of the ones that will survive will be the resistant ones."

For the past 70 years, antimicrobial drugs, such as antibiotics, have successfully treated patients with infections. But over time, many infectious organisms have adapted to the drugs that kill them, making them less effective. Overusing or misusing these drugs can make resistance develop even faster.

Each year in the U.S. at least 2 million people become infected with bacteria that are resistant to antibiotics. At least 23,000 people die annually as a direct result of these infections. Many more people die from complications of antibiotic-resistant infections.

To address this growing problem, the National Institute of Allergy and Infectious Diseases (NIAID) is working to speed the development of faster ways to detect resistance and ultimately to find new treatments that are effective against these drug-resistant bacteria.

Drug-Resistant Bacteria: On the Edge of a Crisis

Anthony S. Fauci, M.D., has been the director of the National Institute of Allergy and Infectious Diseases (NIAID) since 1984. He helped pioneer the field of human immunoregulation, or the control of specific immune responses and interactions. He has also advised five presidents and the U.S. Department of Health and Human Services on HIV/AIDS and many other health issues. He spoke to NIH MedlinePlus magazine to discuss NIAID's drug-resistant bacteria research program.

Why are certain bacteria becoming more resistant to drugs?

There is a multi-part answer to that question. One of the most important reasons is that bacteria generally mutate—all microbes mutate—naturally and spontaneously. However, you can do things that pressure them to mutate even more and develop resistance to drugs.

In other words, if you are given antibiotics, you will kill all the sensitive bacteria. Most of the ones that will survive will be the resistant ones.

You and other experts in the field have said that we are on the edge of a national, even global crisis of drug-resistant bacteria. Why is that?

The more we see this growing problem of antimicrobial resistance throughout the world, the more we will begin to see bacteria that are relatively untreatable or very, very difficult to treat. And if those bacteria become very widespread, that could lead to a serious crisis.

A typical, real-life example would be someone gets a surgical procedure like a hip or knee replacement, or goes to the hospital for abdominal surgery. Then they get an infection that happens to come from another hospital patient who has resistant bacteria. What should be a routine procedure could lead to an infection that you struggle to treat, and you end up with a high degree of morbidity or even mortality. The routine surgical case becomes a medical emergency.

What kinds of antimicrobial-resistant bacteria are common in the U.S.?

We still have the problem of methicillin-resistant Staphylococcus aureus (MRSA), which is disturbing. Another one that is also disturbing is called Carbapenem-resistant Enterobacteriaceae, or CRE. That is a growing problem. We see that in hospital patients who are immunosuppressed as a result of, for example, transplants or drugs that suppress their cancer or their inflammatory disease. Another bacteria that causes infections when antibiotics are overused is Clostridium difficile (C. Difficile), which we see a lot of in nursing homes and hospital settings.

Those three are big ones—MRSA, CRE, and C. Difficile. And, depending on the population in question, globally we are seeing more and more resistance to gonorrhea, a sexually transmitted disease.

How is NIAID approaching research to help solve the challenges associated with antimicrobial resistance?

Our research spans a wide range of activities, starting with understanding the molecular basis of how bacterial resistance evolves.

The second thing we are doing is a molecular analysis of microbes to determine what the targets are for resistance and for new antibiotics. Another is to develop new, unique ways of combating bacteria, such as understanding how microbes survive in different environments and exploiting that to fight them.