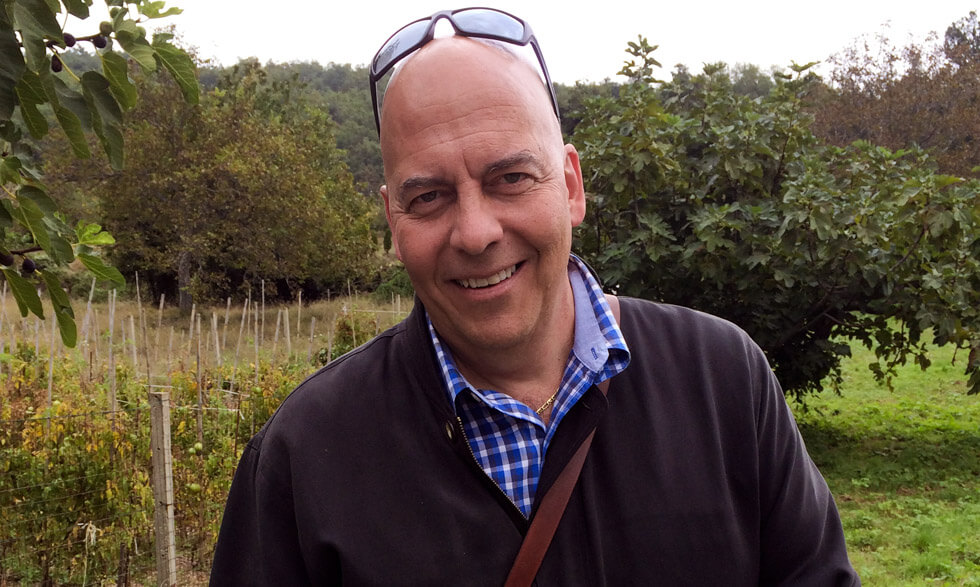 Michael Morizio during a trip to Abruzzo, Italy.

In August 2017, Michael was playing the kind of competitive tennis he had enjoyed for most of his life. A month later, he was struggling for every breath. He almost died.

The problem began with a simple fracture of a bone in his right foot, which happened during a tennis match.

“I was headed toward pulmonary heart failure.”

“As I lunged for the ball, I made a small misstep and felt something hurt in my right foot,” Michael says. His physical therapist fitted him with a walking cast.

By early September, Michael felt well enough to take off the cast and lead—with wife Nancy—a tour of Italy. The couple had already hosted numerous tours of the country and own a house there.

But after the transatlantic flight from Boston to the Abruzzo region of Italy, two hours east of Rome, he noticed that his breathing was difficult. Every day it seemed to get worse.

“By the fifth day, after increasing breathlessness, I could not go out with our tour group,” he says. “I would take a few steps and have to sit down.”

Michael finally realized something was wrong with his lungs.

A local doctor diagnosed the problem immediately: deep vein thrombosis (DVT). The DVT also resulted in a pulmonary embolism, (PE). The combination of his right leg’s immobility and the long jet flight had resulted in a perfect recipe for DVT and a PE.

One or more blood clots had formed in a deep vein of his right leg. It had then broken free and was preventing blood flow to his lungs and heart.

“I was headed toward pulmonary heart failure,” Michael says.

Michael was immediately taken to Ospedale Santissima Annunziata, the main hospital in Sulmona, Abruzzo. They told his wife that he had less than a 10 percent chance of survival.

He spent the next 11 days there. His doctors, Ezio De Pratti, M.D., and Rosella D’Angelo, M.D., prescribed the precise medications and rest for him as they worked to help the clot shrink and pass.

“My cardiologist there and the entire hospital staff worked miracles on me,” he says.

His health care team told him that if he had he taken a blood thinner, like aspirin, worn a compression stocking on his right leg during the flight, and got up to walk around every hour or so, he could have most likely avoided DVT.

Michael had to avoid flying for several months. Six months later, his breathing was still only about 80 percent normal. He still felt winded while walking. And tennis was out.

Michael and Nancy are planning to lead their next tour to Abruzzo this fall, almost a year to the day of their last trip.

Michael will wear compression stockings and move around more during the long flight. He also remains on a prescribed anti-coagulant. He’ll breathe easier this time.

The Centers for Disease Control and Prevention estimates that nearly 900,000 people each year will develop deep vein thrombosis (DVT) or...