Dee Burlile's children and MedlinePlus helped her through diagnosis 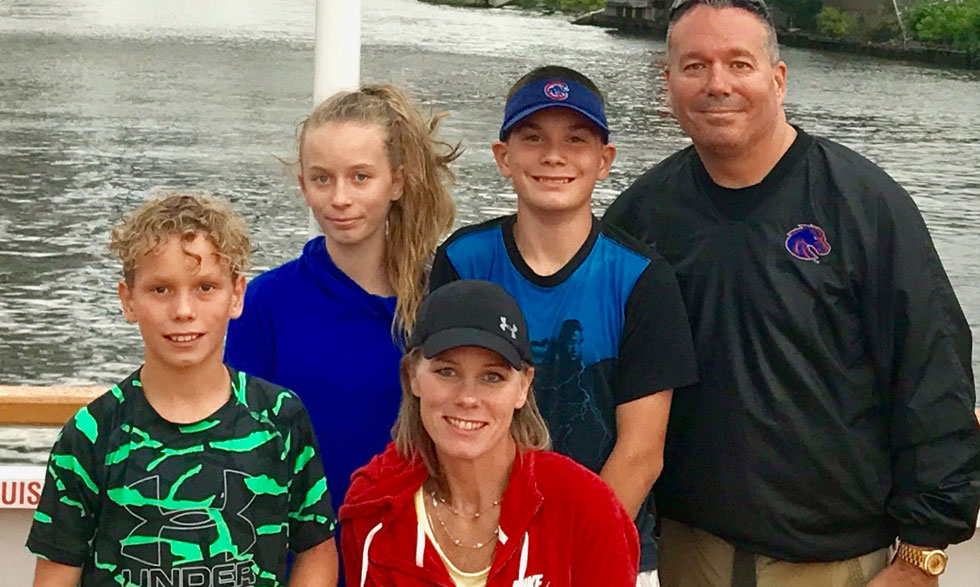 Dee Burlile, pictured center with her family, credits her three children with saving her life.

It took Dee Burlile four frustrating, painful years to find out that all the symptoms she had been suffering from were the result of one disease: scleroderma.

It's a common story for those with this rare condition, which is why Dee now urges patient groups around the country to learn from her experience.

"You must stick up for yourself," Dee says. "You are your own best advocate and if you're not getting the help you need, look for other resources. Find people who will listen and help you."

The day before Thanksgiving

Dee's story begins in 2012, the day before Thanksgiving, when she was home in Meridian, Idaho, with her three children. She took a quick shower, walked into her bedroom, and collapsed.

Her 4-year-old son found her and quickly called his 6-year-old sister, who called 911 and then told her older brother to run outside and find a neighbor to help.

"My children literally saved my life," says Dee, who says she remembers nothing of that morning "until I woke up to EMTs telling me I had been near cardiac arrest."

Dee had been having strange symptoms for a while, including fingers that turned white in the cold, calcium deposits, joint problems, heart problems, and gastrointestinal issues that had led her to lose 40 pounds.

"All the clues were right there, but none of my doctors seemed to be able put the pieces together."

When she suggested to one doctor that she might have a condition responsible for all her problems, he told her, "I'm not going to look for zebras if the zoo isn't in town"—meaning, why look for something unusual if nothing unusual is happening. He also suggested her problems were from the stress of caring for three young children and not eating enough.

After four years of steadily worsening symptoms, she was ultimately sent to a rheumatologist who took a blood test and told her she had scleroderma.

"I didn't even know what it was," she remembers. "There were no specialists in our town, no support groups. I felt lost."

So she searched online on MedlinePlus and PubMed for anything she could find about scleroderma. "I must have printed out two trees' worth of paper with detailed information about my condition that I never knew," Dee says.

It was a link on MedlinePlus that also led her to the Scleroderma Foundation, where she found support groups and help in getting officially diagnosed at the Mayo Clinic in Minnesota in 2016.

She also found scleroderma specialists in Seattle, about eight hours away, who have started her on a regimen that includes some of the newest drugs being used to treat scleroderma's many complications.

She takes 35 medications and treatments, including weekly immunosuppressant injections, a nitroglycerin ointment, and a compression device to improve blood circulation in her legs. She also credits doing daily yoga stretches from a chair with allowing her to walk without a walker.

Although Dee now advises other scleroderma patients working with the Scleroderma Foundation, it's health care providers she wishes she could convince to change their attitude about patients with puzzling conditions.

"I wish some doctors would make more of an effort to talk to their patients' other doctors and do some digging," Dee says. "Sometimes," she adds, "a doctor really has to look for a zebra."