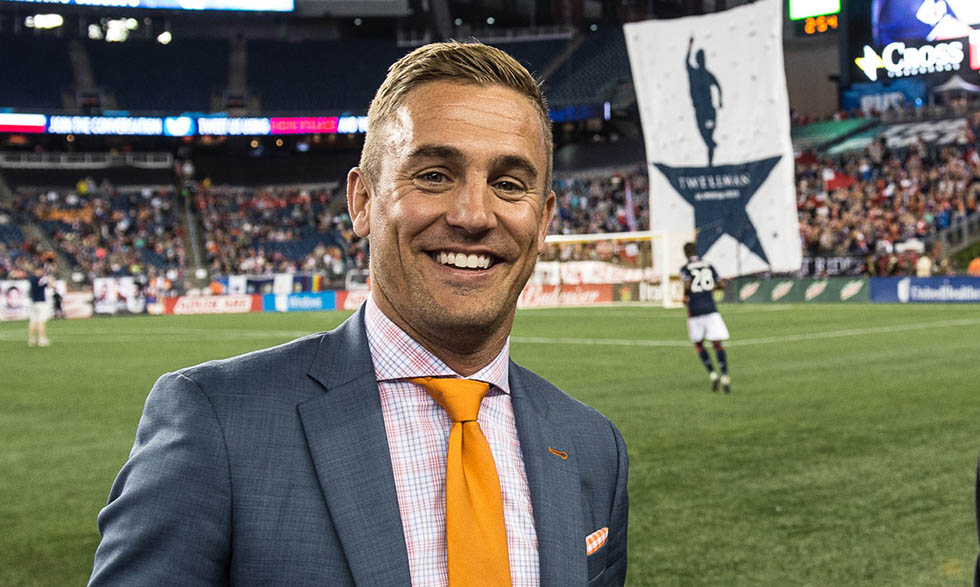 In 2008, Taylor Twellman was among the best players in U.S. Major League Soccer for the New England Revolution. But at the height of his career, the effects of multiple concussions forced him to retire at just 30 years old.

Now a soccer analyst at ESPN, Twellman has become a leading voice in raising awareness about traumatic brain injuries in athletics. He launched his own foundation, ThinkTaylor, to educate American kids and adolescents about concussions. He spoke about his experience and his work to keep athletes safe.

Tell us about your personal experience.

As a pro I had three concussions. My last one, in 2008, ended my career and led me and my family to go back and document my history with head injuries. It is hard to say, but in my entire playing career I believe I had six or seven diagnosed concussions. All of the concussions except one knocked me unconscious.

What kinds of treatment were you given?

Have you had lasting effects from your concussions?

Yes, I still have symptoms here and there. I have headaches depending on the time of year and stress levels. One big, lasting impact is that my workouts are extremely limited and I can only walk. I can't really ride a bike. And my heart rate needs to be monitored as I work out.

What is your message to young soccer players and their families?

Everyone needs to take ownership. Too often we deflect and put all the responsibility on coaches and referees. Own your responsibility to educate yourself and your family about head injuries. With all the information we have out there in 2020 about concussions, it is a mistake for you to think "this isn't going to happen to me."

What is the ThinkTaylor Pledge? How many have taken it?

The goal of the pledge is to raise awareness and to get kids to take ownership. It is simple and based on three words. I pledge to be educated. I pledge to be honest. I pledge to be supportive. With those three words we'll create social change around traumatic brain injury. Last year over 4 million kids took the ThinkTaylor pledge. It's cool to see. I would have never thought I'd be remembered more for this work than for scoring goals. But I am happy to help.

From 2010 to 2016, about 283,000 children visited the emergency room each year for sports- and recreation-related traumatic brain injuries in the U.S.

How concussions affect kids and teens

Concussions among professional athletes have been covered widely in the media. But Christina Master, M.D., co-director of the concussion...

5 things parents should know about concussions