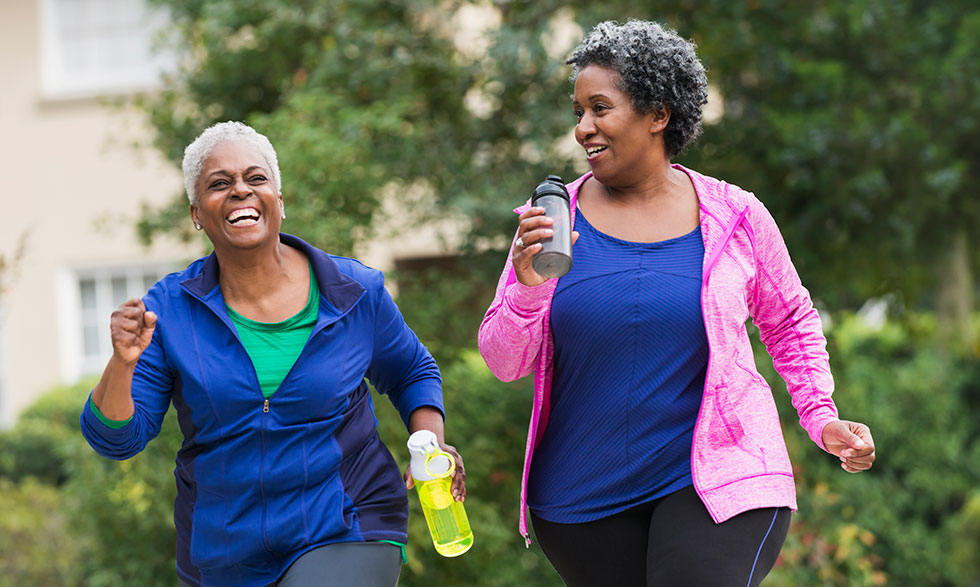 Health benefits from walking can start at 4,000 steps a day for some people, according to a new NIH study.

If you have a fitness tracker or use your smartwatch to count your steps, you might be tracking a goal of walking 10,000 steps a day. But is that many steps really needed for good health? And what if you can't quite reach that number?

A new NIH-supported study suggests that 10,000 may not be the magic number after all. For older women, significant health benefits start at a modest 4,400 steps daily and level off at 7,500 steps.

In the study, a team of researchers from Brigham and Women's Hospital in Boston and Harvard Medical School followed nearly 17,000 women ages 62 to 101, with an average age of 72.

The women were given a fitness tracker to wear on their hip during waking hours for seven days, which measured both the number and speed of steps they took.

Researchers then analyzed the women's daily activity and tracked their deaths from any cause for more than four years.

The study had two important findings.

The first is that even a modest amount of activity can help you live longer. The women who achieved 4,400 steps a day had a 41% lower risk of death than those who took only 2,700 steps.

Their risk of death continued to decrease the more steps they took until they reached about 7,500 steps a day, when the effect leveled off.

Secondly, the study found that the number of steps was more important than the speed of the steps. In other words, it didn't matter whether the woman walked quickly or slowly, it was the total number of steps they took daily that provided the benefit.

The bottom line is walking more, even a little, is helpful for your health.