After difficult miscarriages, Alise Crutchman finds support through others 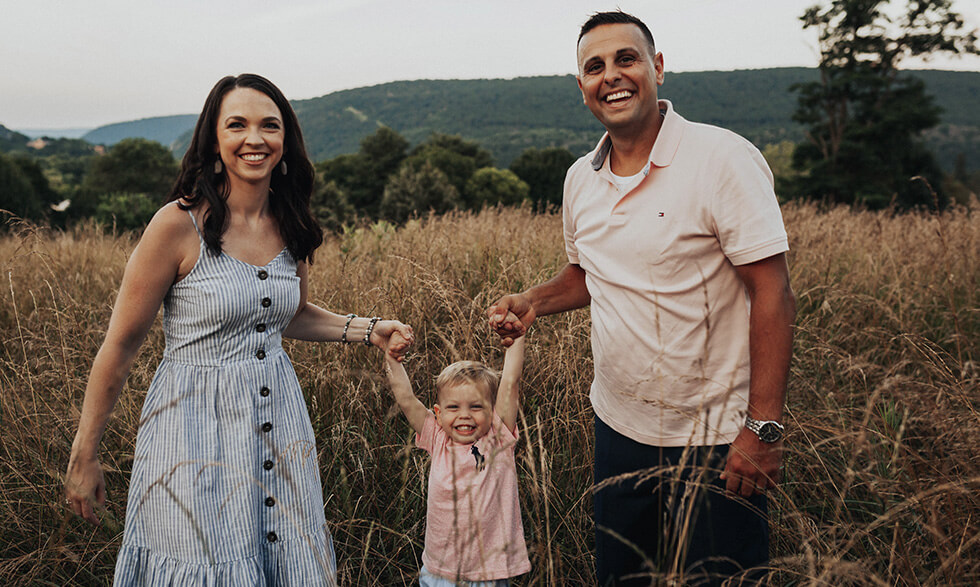 Alise Crutchman had been trying to get pregnant for a few months when she finally conceived in 2017.

For Alise and her husband, Mike, the pregnancy experience was not straightforward. During a doctor's visit, she was told her hormone levels were very high and that she was carrying identical twins.

Alise's twins were known as monochorionic-diamniotic twins, identical twins who shared the same placenta but different amniotic sacs. The placenta is the temporary organ that brings nutrients and oxygen to a baby during pregnancy and removes waste. That means identical twins are dependent on the same nutrient and oxygen source, which can sometimes be dangerous. Twin pregnancies are also more likely to lead to preeclampsia, or high blood pressure during pregnancy, low birth weight, and premature birth.

"There were so many questions we didn't know to ask until it was unfolding before our eyes."

Alise had frequent appointments with her doctor to closely track her health. At the time, her doctor didn't seem concerned.

Alise doesn't recall her doctor explaining much about the risks she was facing other than the importance of staying healthy.

So, it was a shock to Alise when, at her 16-week appointment, her doctor discovered that one baby didn't have a heartbeat. In addition to losing one of the twins, Alise also had to deal with the health complications that came with the loss. The loss caused a surge of blood to pass through the shared placenta, resulting in an increased risk of mental and physical disabilities for the other baby and an increased risk of miscarriage and preterm labor.

"There were so many questions we didn't know to ask until it was unfolding before our eyes," Alise says.

Alise had to carry both babies to avoid risking one baby's health. But four weeks after her first miscarriage, she experienced another at five months. She underwent dilation and curettage, the surgical procedure that health care providers use following a miscarriage.

A series of health tests following her miscarriage revealed that there was nothing specific that caused her first pregnancy to be so high risk. Because of this, her doctors determined it would be safe for her to get pregnant again. "There was a less than 1% chance that this would occur again, in a second pregnancy," Alise says.

Despite the emotional and physical toll that came with this experience, Alise and Mike were still dedicated to trying to start a family. Four months after losing the twins, within days of their due date, Alise found out she was pregnant again.

While her doctor said that her second pregnancy was not high risk, she was still asked to come in for appointments more frequently, just to be safe.

Although she was excited, Alise says that she was also scared to tell anyone she was pregnant, and she hesitated to do much preparing. Alise's doctor helped comfort her and calm some of her remaining fears. While she still felt some anxiety from her first pregnancy experience, Alise knew she was in good hands.

"We were excited but terrified at the same time," Alise says. "Being positive was important."

"When he was born, there was an enormous lift off of our shoulders," Alise says. "I felt like I could finally breathe." Alise also says that Connor has brought a new level of love and appreciation into their family, especially after such a difficult experience.

"There's something so special about finally getting your rainbow baby after such a traumatic journey with our losses," Alise adds.

Opening up to others

Through it all, Alise says that she learned how important it is to talk about her losses and share experiences to help heal. That can mean more formal experiences, like support groups or therapy. But it can also mean more informal discussion, for instance, talking to other women or families who have had a similar loss.

Alise hopes that as more people talk about their challenges with pregnancy, the stigma around it will be broken. She also wants expectant mothers, or those hoping to get pregnant, to know that they can—and should—ask their health care provider questions.