Despite pregnancy challenges, Mary Lanzara now has her undeniable love 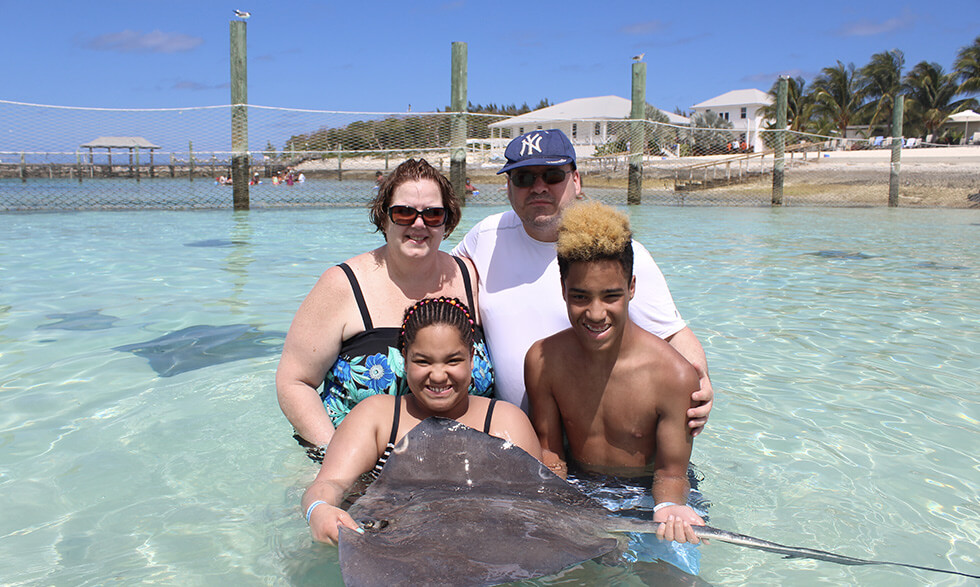 The Lanzara family on vacation. From left: Mary, Darryl, Merita, and Luis.

Mary Lanzara was 25 years old when her 20-year journey to motherhood began.

The New Jersey native became pregnant six months after stopping birth control, which she had used to treat a painful women's health condition called endometriosis. Because of her condition, Mary's pregnancy was considered high risk.

To keep a close eye on her, Mary's doctor had appointments with her every two weeks. Mary also had blood work done frequently to check her hormone levels.

Mary's mother joined her for her five-month appointment. They were chatting with the ultrasound technician about their plans to decorate the nursery when the technician suddenly left to find Mary's doctor. The doctor then told her that she had had a miscarriage.

The following weeks were challenging. Mary had to go through dilation and curettage, a surgical procedure done after a miscarriage. It was a very painful, difficult experience for her.

"No matter if they're your natural-born child or not, once you see them, there is an undeniable love."

"I remember my mother told me she yelled at the doctor because she could hear me screaming from the waiting room, and they wouldn't let her in," Mary, now 52, says. "I was by myself. It felt shameful."

Following her miscarriage, Mary was still eager to do all she could to have a baby. After her first marriage ended, she met her current husband, Darryl. They began trying to get pregnant immediately, since her past experience had been difficult.

Mary spent the next 10 years trying hormone therapy and in vitro fertilization. Her emotions were high as she struggled with each attempt to get pregnant.

"You begin to think of yourself as a failure," she says. "You wonder, 'What am I doing wrong?'" When her doctor discovered that she had fibroids (abnormal growths in the uterus), Mary and Darryl decided to stop trying to get pregnant.

A different, but wonderful path

Since Mary and Darryl wanted a child of their own, they had not discussed adoption. They were also facing debt from the fertility treatments, and many adoption agencies had high fees. Then, a friend of Darryl's mentioned that his wife was a social worker and suggested foster care as an option.

This became the silver lining to their long, challenging journey of starting a family.

Mary and Darryl knew right away that their family was complete. "No matter if they're your natural-born child or not, once you see them, there is an undeniable love," Mary says.