Rare gene mutation caused up to 10 seizures per hour 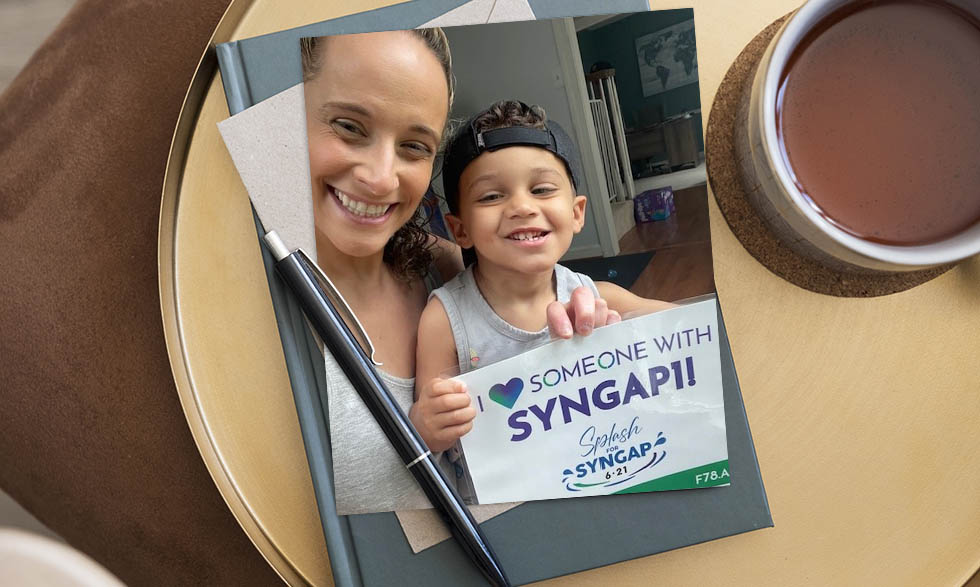 Three-year-old Kai Johnson has a rare condition that causes epilepsy and other symptoms.

As an infant, Kai Johnson struggled to reach developmental milestones on time. He sat up and crawled late, and he had difficulty chewing and swallowing solid foods, says his mother, Jessica.

She talked about her concerns with Kai's pediatrician. After that, Kai began receiving developmental therapy through early intervention, which is a program for young children who have developmental delays or disabilities.

About one year later, Kai's day care closed due to the COVID-19 pandemic. That's when Jessica noticed something else—unusual movement patterns in his face.

"He was home with me all the time, and that's when I noticed some eye fluttering. At first, I just thought that he was tired and ready to fall asleep," she says. "But about a month into it, I knew something wasn't right."

"An epilepsy diagnosis might change things and life will look different, but life will still be great."

His pediatrician requested overnight monitoring of Kai's brain to determine whether it was experiencing seizure activity. But just five minutes into the monitoring, they detected significant seizure activity, Jessica says. Kai was soon diagnosed with epilepsy, a disorder in which nerve cell activity in the brain is disturbed, causing seizures.

"It was kind of scary because other than one family member who had one seizure once, I didn't know anything about epilepsy," she says.

Kai's doctors quickly started him on anti-seizure medication. Meanwhile, they ordered genetic testing and imaging of his brain to better pinpoint why he was having seizures. The results of the imaging showed normal brain development. Genetic testing, however, revealed SYNGAP1—a rare gene mutation discovered in 2009. SYNGAP1 causes developmental delays and recurrent seizures.

"That diagnosis was devastating," Jessica says. "It's a spectrum disorder, and kids can have mild to severe symptoms." Those medical issues include developmental and verbal delays, sensory processing disorder, low muscle tone, autism, sleep disturbances, and epilepsy.

Kai is now three years old, and Jessica says treating his epilepsy with medication has been difficult. Finding the correct combination and dosages takes time. Kai currently takes four anti-seizure medications. They have reduced his seizures from up to 10 an hour to about five an hour.

"It's frustrating because we see him making so much progress with speech, for example, and then seizures set him back," Jessica says. "But he has the best attitude considering how many seizures he's had. He blows my mind every day."

Jessica says Kai's experiences have taught her a lot about working with the medical community and advocating for her son.

"You need to be your child's advocate," she says. "Be the squeaky wheel, and don't stop until your child is getting what they need. Build a good team for your child."

She has also learned how important it is to educate others about epilepsy.

"Teach the people around you about epilepsy so that they're not scared of seizures, know how to recognize one, and how to help when one happens," she says. "People think seizures are when someone drops to the ground and violently shakes, but some seizures aren't like that. So many people suffer from epilepsy, and awareness of this disorder is so important."

Above all, she says, keeping a positive attitude is essential.

"There's a lot that Kai won't be able to do because of his seizures, like drive a car," Jessica says. "But I read something that put it into perspective. Your whole life you may have dreamed of visiting Italy. You learn the language and buy the tickets. When the plane lands, you're actually in Amsterdam. You'll need to learn a new language and you'll always think about Italy, but Amsterdam is still beautiful. An epilepsy diagnosis might change things and life will look different, but it will still be great. It's important for people to remember that."