NIH-supported technologies of the future 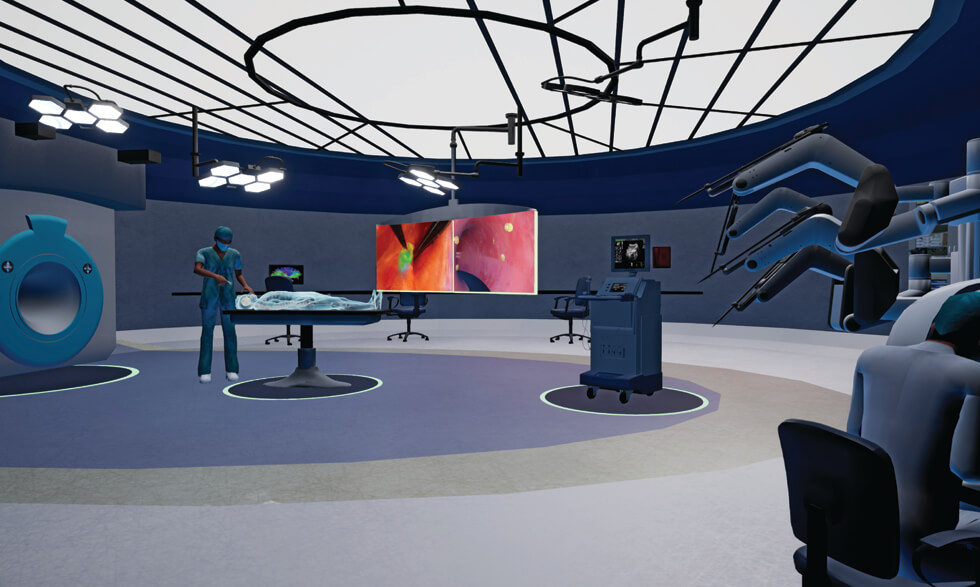 The Surgery of the Future app provides a virtual tour into the operating room of the future.

The National Institute of Biomedical Imaging and Bioengineering's Surgery of the Future app lets users see different medical technolgies that are coming down the pipeline. Read about a few of these breakthrough technologies in our summaries below.

Silk has been used to stitch up wounds for centuries. Now, researchers have created silk screws and plates to repair fractured bones. Unlike metal, silk can safely break down in the body. This means that patients who receive temporary silk devices to hold their bones in place wouldn't need a second surgery to remove them. Developer: David Kaplan, Tufts University.

The Clear Guide ONE is a device that helps target tumors for biopsy. The tool attaches to an ultrasound probe, which produces images of the inside of the body. It helps the physician see the path the needle would take if inserted at that spot. Developer: Clear Guide Medical.

High-intensity focused ultrasound lets surgeons operate deep within the body without making a cut. In a procedure that uses this technology, multiple beams of ultrasound focus on a target in the body. At the focal point, the energy from the ultrasound beam causes the temperature of the tissue to rise and then destroy it. It does this while leaving surrounding tissue unharmed. Developer: Kullervo Hynynen, Sunnybrook Research Institute.

Researchers are creating robots to use inside an MRI (magnetic resonance imaging) machine so surgeons can more easily see tumors. One researcher is developing a worm-like robot that could be directed inside the brain while a patient has an MRI scan. Developer: Jaydev Desai, Georgia Institute of Technology.

Researchers created fluorescent molecules that cause cancer cells to glow. The molecules can be injected before surgery and are just taken up by cancer cells. Surgeons can see the glowing cancer tissue or tumors using a special camera. Researchers are also developing molecules to light up nerves, which can get wrapped up in tumors. Developer: Quyen Nguyen, University of California, San Diego.

This robot can stitch soft tissues all by itself. It has 3D and special light cameras to keep track of tissue position. Developers: Axel Krieger and Peter Kim, Children's National Health System.

This hand-held tool reduces a surgeon's shaking when operating on small structures such as the eye. It estimates the tremor of the surgeon and then adjusts to provide smooth control. Developer: Cameron Riviere, Carnegie Mellon University.

Each year, approximately half a million Americans receive a stent to hold open an artery in their heart that has been unclogged during a procedure called angioplasty. A stent is a small wire-mesh tube. It is usually made of stainless steel or another metal. NIBIB-funded researchers have invented a new material that makes a stent dissolve over time. This new solution could eliminate some of the disadvantages of metal stents. Developer: Joachim Kohn, Rutgers University.

Surgery of the Future: A glimpse of what's to come in the operating room