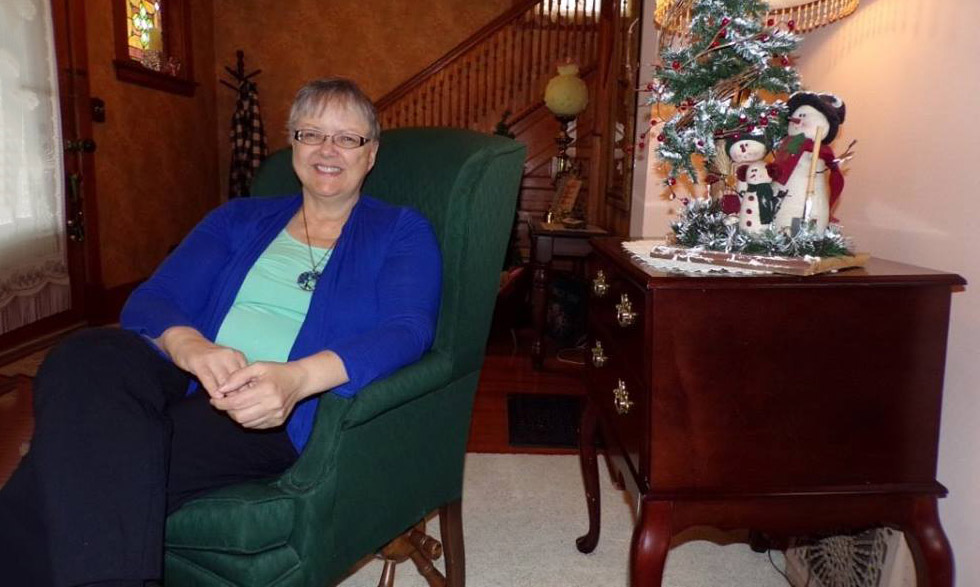 Bev Miller participated in an NIH clinical trial to help others with bipolar disorder.

Imagine your life as a roller coaster: the excitement of climbing to the top and the terrifying feeling when the roller coaster drops down at lightning-fast speed.

That's what life was like for Bev Miller of Wauseon, Ohio. More than 40 years ago, she was diagnosed with bipolar disorder at the age of 23.

The extreme highs and lows she felt were the symptoms of the disorder, which she now manages with medication.

At times, she felt energized and on top of the world. She convinced herself that she only needed four hours of sleep.

"My life has more purpose by helping other people. I wouldn't change that."

Then, she would spiral down into a deep depression.

"You enjoy the climb up a roller coaster so much that you go off into the clouds and remain there until your thoughts come back to reality," Bev says. "But then, you fall from the clouds into a deep, dark hole."

In her 20s, Bev was hospitalized twice because of mania and once for a suicide attempt. Her mood instability and depression would have made it hard to keep a steady job, but Bev was lucky. She worked for her family business and was able to get support when she needed it.

Since then, the stability of living near family, professional counseling, and medication has helped her manage the disease.

When her pastor told her about an ad in a local magazine seeking people for an NIH clinical study, Bev signed up.

Because they traditionally marry one another, Mennonites have more similar genes than people in the general population. By studying these similar genes, researchers hope to find better treatments for bipolar disorder.

Bev's siblings and many others in her Mennonite community were also tested for bipolar disorder.

Today, Bev shares her story with others.

Her openness gives others with mental illness the support they need to get counseling and medication.

"My life has more purpose by helping other people. I wouldn't change that," she says.

If you know someone who may be suffering from mental illness, Bev advises you to be mindful of what that person might be going through.