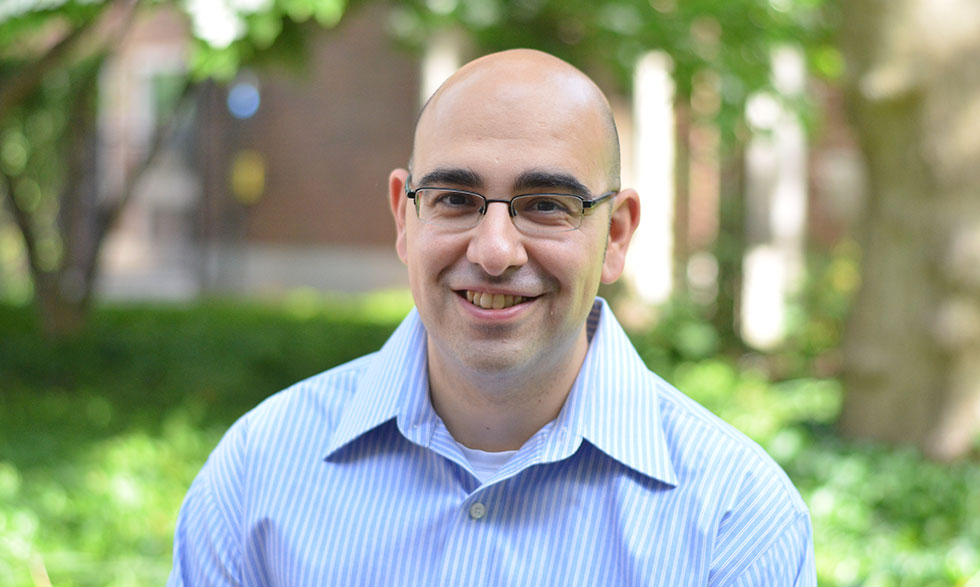 David Irwin, M.D., cares for people with dementia and studies the disease to help improve their lives.

Imagine driving and forgetting where you're going. Or feeling tremors in your hands when you try to pick up something. Imagine seeing someone or something that's not there.

These are possible signs of Lewy body dementia (LBD), a complicated memory and movement disease affecting more than 1 million Americans.

LBD is associated with abnormal brain deposits of a protein called alpha-synuclein. The deposits are also called Lewy bodies. When they build up, they can lead to problems with memory, thinking, movement, behavior, and mood.

Though scientists are learning more about how the disease works, they still have many questions.

Why does this protein build up? How does it cause symptoms? How can we make earlier diagnoses so people can get help sooner?

"A lot of work is being done to help sort out the association between what we see under the microscope, these Lewy bodies, and what we see clinically."

David Irwin, M.D., is one of these researchers.

Dr. Irwin is a neurologist, or doctor who specializes in nervous system disorders. In addition to caring for patients with dementias, he researches the disease at the University of Pennsylvania.

Dr. Irwin's team wants to better understand the chemical changes that dementias like LBD cause. For example, he says there is evidence that Lewy bodies can harm a person's other brain cells.

"What sets that into motion is not clear," he says. "That's why a lot of work is being done to help sort out the association between what we see under the microscope and what we see in patients' lives."

To study these and other changes, Dr. Irwin's team looks at brain tissue of LBD patients who have died.

"The goal of my lab is to work backwards and take human tissue and develop biomarkers, or tests, for these diseases," Dr. Irwin says.

Once health care providers have better tests, they can diagnose and treat LBD patients earlier. Today it can often take a person three or more doctor's visits to get a clear diagnosis.

Building awareness for health care providers is another reason researchers' work is so important.

For example, LBD patients could have negative reactions to certain medications that help with hallucinations. So if a person's health care provider is treating their symptoms but not the disease, a patient could get very sick.

Increasing awareness about the symptoms and signs of LBD will help avoid such situations, says John Hsiao, M.D., chief of the diagnosis and biomarkers program in the division of neuroscience at NIA.

He says that continued research into how dementia happens, how to diagnose it early, and how best to treat patients is critical.

"Ultimately, we want to provide better lives for patients and their families," Dr. Hsiao adds.

For patients or families interested in participating in research, Dr. Hsiao recommends visiting NIA's Alzheimer's and related Dementias Education and Referral Center to learn more about their options.