How do seizures affect the brain?

Electrodes can give doctors peek into seizure path 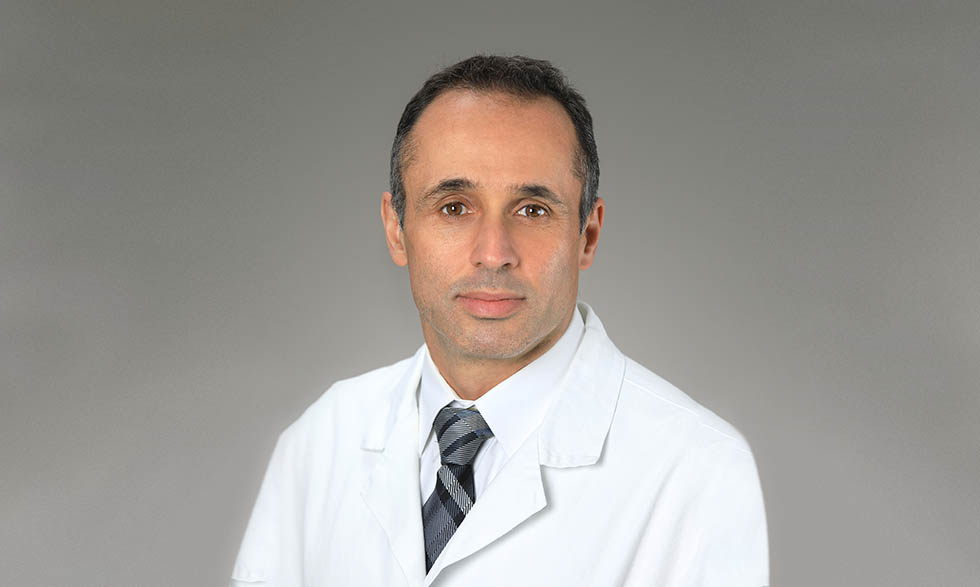 Kareem Zaghloul, M.D., Ph.D., is a principal investigator at the National Institute of Neurological Disorders and Stroke.

Of the roughly 3 million people with epilepsy in the U.S., about 30% still have seizures despite being on medication. That's where research like that from the National Institutes of Health comes in. Kareem Zaghloul, M.D., Ph.D., is a principal scientist at the National Institute of Neurological Disorders and Stroke in Bethesda, Maryland. He has focused much of his research on epilepsy and how advanced surgery techniques can help treat patients when medication isn't enough. Dr. Zaghloul provided a glimpse into this technique and his work to improve the lives of patients with more advanced treatment needs.

What is the focus of recent epilepsy research?

There are still some very big questions about epilepsy, including how it starts in the brain. For people who have seizures that continue despite the best medication that doctors provide, surgery is an option. The only way that surgery can be useful, though, is if we can identify the exact spot in the brain that's causing the seizures. Our research has been focused on trying to pinpoint those spots and identify which areas are most likely to be involved in seizure activity.

"For people who have seizures that continue despite the best medication that doctors provide, surgery is an option."

How do you do that?

When we don't know exactly where a patient's seizures are coming from, we surgically implant electrodes in and around the brain. These electrodes collect data on seizure activity. Some can be placed deep in the brain. Others are placed on the surface of it. These electrodes record brain activity for a week or two.

This data gives doctors a much more detailed view of what's happening in the brain. We combine this data with models we've developed to help identify where those seizures are coming from and how they're spreading. Beyond the individual patient, this data is used to identify an "epilepsy network." For example, one part of the brain might start seizing, and then it spreads to another part. We want to know why that happens.

How do you hope this research will help people with epilepsy?

We have a couple of goals. First, we want to improve treatment for the patients. Agreeing to surgery is a big step for people with epilepsy, and we want to make sure it's going to be very successful. Identifying the areas of the brain involved in the seizures will help us develop a surgical strategy to target those regions.

The second goal is to learn more about how seizures affect the actual neurons and the cells surrounding them. When we perform the surgery, we remove a sample of brain tissue to examine. We look at the neurons and compare them to regular neurons from other parts of the brain. This has allowed us to ask questions about what's happening in the fundamental biology of the brain during a seizure. We think seizures may develop from disruptions in metabolism and inflammation.

What do you wish more people knew about epilepsy?

Epilepsy is quite a common disorder. It affects about 1% of the population, or about 3 million people in the U.S. The first approach to treating it is to use medication, but about a third of those people still have seizures despite the best medical therapy.

Having epilepsy can be frustrating, especially for someone who feels like they've made no progress controlling it. But there's a lot of support out there, and groups are constantly working on new treatments. Don't be shy about reaching out to see what other options are available.

By the numbers: Health disparities in pregnancy

Approximately 700 women die each year in the U.S. as a result of pregnancy-related complications. American Indian/Alaska Native women...

Thanks to new research, children with the rare childhood cancer rhabdomyosarcoma, or RMS, may be able to receive more targeted...

Treatments for several types of childhood cancer have improved over the past decades. For other types, progress has been limited....