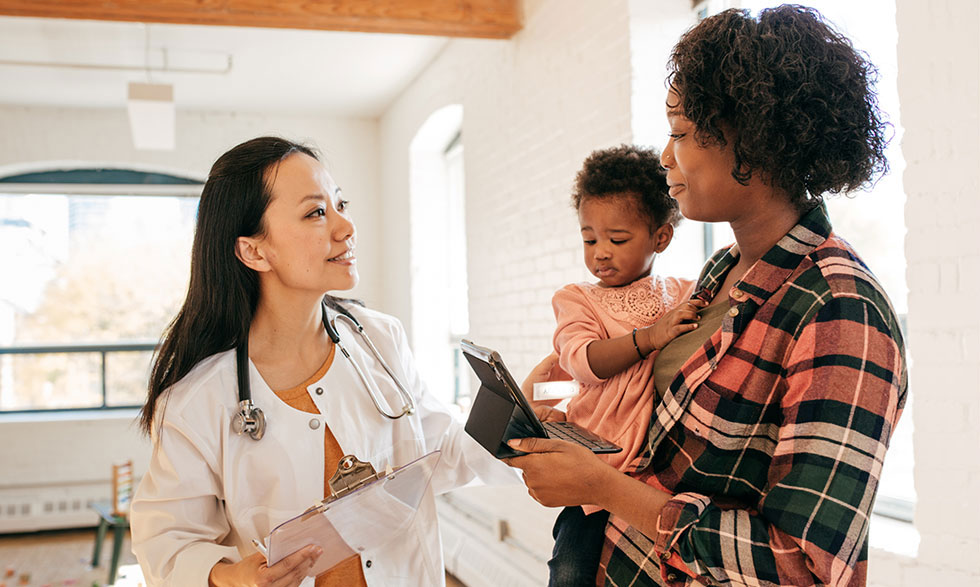 The onset of winter often means the worst part of cold and flu season, and with that, the dreaded ear infection.

An ear infection is a bacterial or viral infection that affects the middle ear. The infection is often painful because it creates pressure in the small space between the eardrum and the back of the throat (the eustachian tube).

Unfortunately, ear infections affect young children more than others. Eustachian tubes are smaller and more level in infants and young children, making it more difficult for fluid to drain out of the ear. When tubes become blocked with mucus, it creates pressure on the eardrum.

Because a child's immune system is not as developed as an adult's, it may be harder to fight a sore throat, cold, or respiratory infection that can trap fluid behind the eardrum.

Older children and adults can also get ear infections, but they are less common because their eustachian tubes are larger and slanted, so they drain fluid better.

What to look for in your child

If your child is not old enough to communicate pain, here are a few signs to look for:

Your child's health care provider can check for an ear infection by using an otoscope. The lighted tool shows redness in the ear, fluid, or less likely, a rupture in the eardrum.

They will typically ask if your child has had a runny nose, cough, or fever, since the virus or bacteria that cause the cold can spread to the middle ear.

Some ear infections clear up on their own. However, if an antibiotic is prescribed, it is important that your child takes the medicine for the full time that your doctor advises. Typical treatment lasts seven to 10 days.

If your child has repeated ear infections, your health care provider may suggest draining the ear with small ventilation tubes. The tubes improve air flow and prevent fluid backup in the middle ear so that the child can hear better.

Here are ideas to help your child get through winter without an ear infection:

Researchers sponsored by the National Institute on Deafness and Other Communication Disorders are exploring vaccines against some of the most common bacteria and viruses that cause middle ear infections.

They are also learning more about colonies of antibiotic-resistant bacteria, called biofilms, that are in the middle ears of most children who have multiple ear infections. Restricting the nutrients that grow the biofilms may fight the bacteria.

Lise Hamlin was born with hearing loss in one ear, though she was able to communicate adequately for 30 years. That...