Gene therapies are a promising path to treating rare diseases 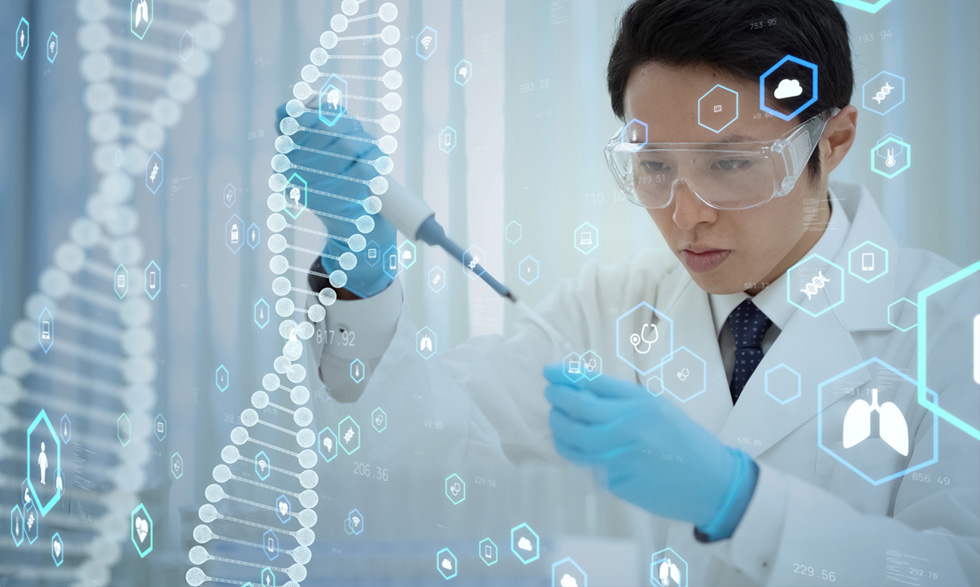 Gene therapies “fix” genetic mutations by replacing or changing a gene that doesn’t work with one that does.

Researching and developing new treatments for rare diseases is time consuming, complex, and often expensive. Most rare diseases (almost 80%) are caused by a defect in a single gene. Because of this, gene therapies – treatments where certain genes are adjusted to treat someone’s disease – are a promising approach for some diseases. These treatments “fix” the genetic mutations (harmful changes) that cause some diseases by replacing or changing a gene that doesn’t work with one that does.

That’s where NIH research comes in. This article describes two rare diseases – spinal muscular atrophy and Duchenne muscular dystrophy – and how NIH supports research and development on gene therapies to treat them.

A medication called nusinersen was one of the first genetic therapies approved for a rare disease. It treats a group of rare genetic disorders called spinal muscular atrophies (SMAs) that cause loss of nerve cells that control skeletal muscles (muscles that allow us to move) leading to weakness.

SMAs start in infancy or early childhood and are a leading cause of death in infants and toddlers. There are a few different SMAs, and all of them are caused by a mutation in a gene called SMN1 (which stands for “survival motor neuron”). SMN1 helps the body make an important protein that keeps the nerves that control muscle movement healthy. Because people with SMAs don’t make enough SMN proteins, some of their muscles (like the ones that help us move, breathe, and swallow), don’t work correctly. In the most severe cases, this can cause paralysis and death. There’s no cure for SMA, but there are treatments to help prevent and manage its symptoms.

In some rare diseases, DNA mutations cause a gene or protein to work incorrectly. The National Institute of Neurological Disorders and Stroke (NINDS) supports research and development on therapies that work at the genetic level to “fix” those problems in children and adults with SMA.
Nusinersen targets another gene called SMN2 that also makes a small amount of the SMN protein. It helps muscles and nerves work properly by changing the SMN2 gene product to make more of the SMN protein than it usually would.

There’s another gene-based therapy for children under age 2 that uses a safe virus to deliver a new copy of the SMN gene into specific neurons to improve muscle movement.

These kinds of genetic medicines also have the potential for treating genetic defects that cause other neurological disorders including other rare muscular disorders.

Muscular dystrophies are a group of inherited diseases that cause muscle wasting and weakness. Duchenne muscular dystrophy (or DMD) is the most common muscular dystrophy in children, and it mostly affects boys in early childhood. Children with DMD usually notice their first symptoms before they turn six, and those symptoms get worse quickly.

Early symptoms of DMD include:

By age 12, most children with DMD can’t walk anymore. By age 20, they usually start having problems with their heart and lungs and may need support to help them breathe. Tragically, most people with DMD don’t live past age 30.

Some muscular dystrophies are caused by mutations in genes that make important muscle proteins. In this case, it’s a protein called “dystrophin” that keeps muscle membranes stable and strong. Without it, damage to muscle cells build up causing the muscles to get weaker and break down.

There’s no cure for DMD, but there are treatments that can help with the symptoms, including gene-based therapies that help the muscles make more dystrophin. One promising approach uses an injection of small, harmless viruses to deliver therapeutic dystrophin-producing genes directly into cells in the muscle. These kinds of treatments have potential, but they’re still being studied to make sure that they are safe and effective. Because muscles make up a large portion of our body mass, the dose of viral gene-based therapy needs to be very high to be effective, which can cause unwanted side effects.

NIH-supported researchers have been studying ways to deliver dystrophin genes to affected muscles with fewer side effects. So far, they’ve only tested the new approaches in animals, but their findings are promising for the future of gene therapies for humans.

There are about 7,000 known rare diseases, but only a few have treatments approved by the Food and Drug Administration.