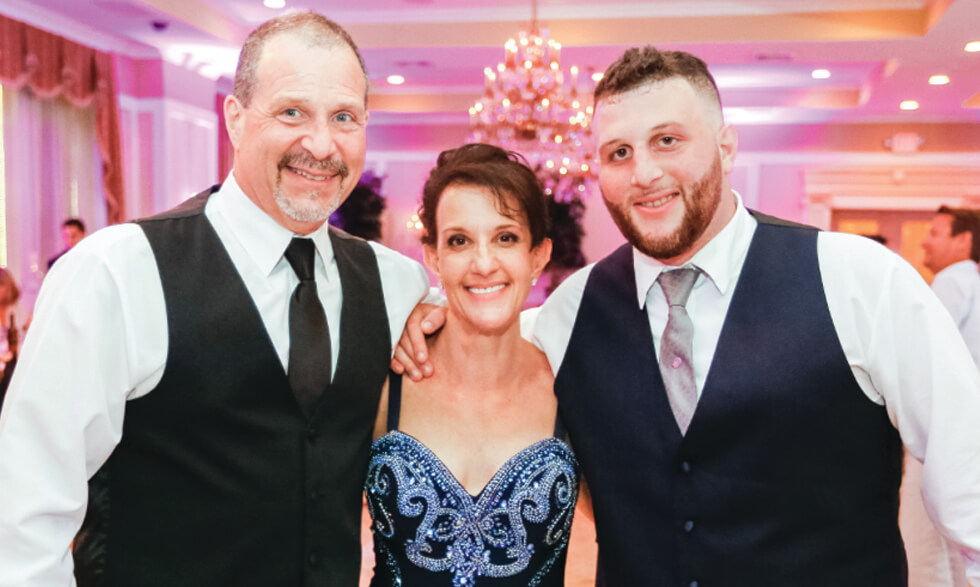 Anthony Terlizzi, right, pictured with his parents in 2016.

Anthony Terlizzi was just 16 months old when he had his first allergic reaction to peanuts.

His mother, Lisa Terlizzi, was introducing solid foods into his diet. She gave him a peanut butter and jelly sandwich. His reaction was immediate.

"He rubbed his eyes, and his whole face blew up," Lisa said. She quickly took the sandwich away before Anthony had a chance to eat it.

Lisa had just watched a morning news show that warned of possible allergic reactions to bee stings. The show recommended giving your child a small dose of antihistamine if you feared an allergic reaction. That's exactly what she did.

Thankfully, Anthony got better and they didn't need to visit the ER.

Lisa had her son tested by an allergist to confirm the peanut allergy. She didn't know anyone with a peanut allergy, so she learned a lot quickly.

"I try to live as normal a life as possible."

"I started reading labels a little bit more. But I never got crazy with it. If something had peanuts in it, I just didn't buy it," Lisa said.

Lisa's older daughter didn't have a peanut allergy. Sometimes, she wanted food with peanuts. Lisa found the best way to handle this was to carefully prepare food and make her son's food first to avoid cross-contamination. Some children's allergies are more severe and may warrant extra precautions to avoid cross contamination with allergens.

She also stocked up on EpiPens. She kept them in the house, car, and in her purse. She did this until Anthony was old enough to carry and use the EpiPen himself.

"It was about being vigilant and making sure we were prepared if anything happened," Lisa said. She recognized that children should be aware of their allergies and know the dangers, but "they can't be afraid to live either."

That philosophy made an impact on Anthony, who doesn't let his food allergy stop him from enjoying life.

"The same way that you wake up knowing you have to brush your teeth in the morning is the same way I wake up every day knowing I'm allergic to peanuts," Anthony said.

For those facing a food allergy diagnosis, Anthony has a simple message: "Don't live your life being scared."

Anthony knows how easy it is for allergies to negatively affect your life. That's why he is always prepared.

"As long as I have my EpiPen on me, I try to live as normal a life as possible," he said. In the decades he's had this food allergy, he's never had to use his EpiPen.

Anthony also wants those without food allergies to understand their danger.

"Ask questions and don't be uncomfortable," Anthony said. He would rather someone ask for more information than risk someone's safety.