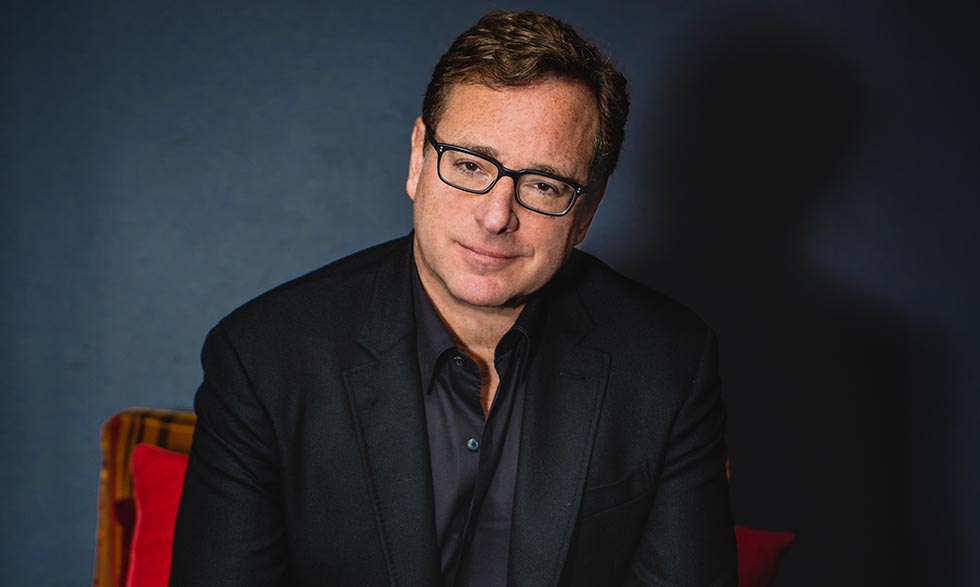 Bob Saget lost his sister to scleroderma and has worked for decades with the Scleroderma Research Foundation to spread awareness.

Television actor and comedian Bob Saget has been making Americans laugh for decades.

The "Full House," "America's Funniest Home Videos," and "Fuller House" star has also won praise for his longtime advocacy on behalf of people battling scleroderma, a chronic autoimmune disease. He recently spoke with NIH MedlinePlus magazine about his advocacy and commitment to finding a cure for the disease.

How did you first get involved as an advocate for those with scleroderma?

It's an unusual story. One day I got a call from someone I did not know asking me to host a comedy fundraiser for a disease I knew very little about. The call was from Sharon Monskey, a wonderful and amazing woman, a former ice skater who had scleroderma and founded the Scleroderma Research Foundation (SRF).

I said yes and hosted the event, which starred Ellen DeGeneres, Rosie O'Donnell, and others. Little did I know that just a few years later, my sister would be diagnosed with the disease.

I have been on the board of directors of the SRF for over a decade now and hosted their events for 25 years.

Your sister fought a long battle with scleroderma. Can you share her story with us?

My sister, Gay Saget, was a school teacher near Philadelphia. She was 44 when she was diagnosed with systemic scleroderma. She got treatment, but it was just treating her symptoms with drugs like prednisone and cortisone. She had to move to Los Angeles to live with my parents because she needed so much help. She passed away just two years later.

The good news is that since then we have made some remarkable progress. There are new drugs specifically for scleroderma that are helping people. But we have a long way to go to get to even more effective treatments and eventually a cure.

What message do you have for those living with the condition and their loved ones?

I speak with and meet a lot of people with the condition. My word to them is don't give up hope because we are making incredible progress.

I also advise them to get educated about the condition and to find a real expert in scleroderma to care for them. That is key. And if they can, try to get help from a center of excellence to get the best treatment.

It is incredibly painful to have a loved one experience a condition like this. It is a very painful disease. My family is still having post-traumatic stress disorder. I don't know how my parents endured. But I would tell loved ones: Don't give up hope. Stand by them and get them help. And get them help as early as possible.

Why is research like that supported by NIH so important?

There is no improved treatment and there is no cure without the research. Research is the key that opens the door for the cure. You cannot eradicate the disease or diminish the disease without understanding it. We have some of the greatest minds in science working on this. And when you unlock the gate on scleroderma, it will impact a lot of other conditions.

What does the future hold for you?

I'm busy! First, I will for the rest of my life remain committed to finding a cure for scleroderma through my work with SRF. We had the most recent "Cool Comedy, Hot Cuisine" fundraiser in December.

Outside of that, I'm happy that Netflix is now airing Season 4 of "Fuller House." We got nominated for an Emmy. We lost to "Sesame Street." You can't get mad at "Sesame Street!" My latest comedy special is called "Zero to Sixty" on Amazon. I'm directing a documentary on the comic Martin Mull. And I'm about to go on tour around the country with my stand-up comedy for a long run. Also, I'm currently in pre-production for a new show on ABC called "Videos After Dark," which is a more adult, edgy version of the old video show I used to host and write.

It took Dee Burlile four frustrating, painful years to find out that all the symptoms she had been suffering from...

What’s new on the horizon for scleroderma?

There may not be a cure yet, but many scleroderma experts are optimistic about ongoing research into new treatments. We...