Could eating fish help your migraines?

Change in diet may offer relief to millions who suffer pain 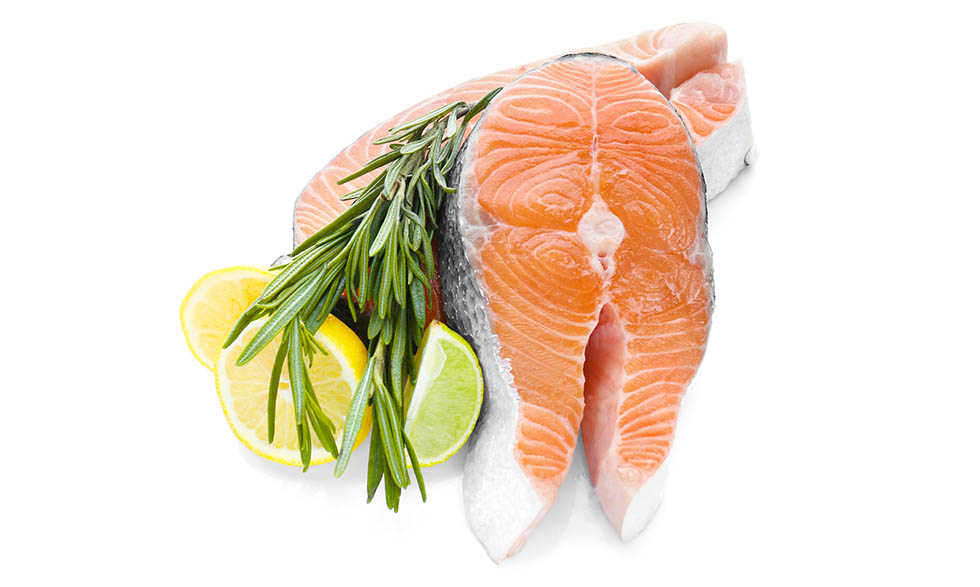 An NIH study showed that a diet high in fatty fish may lead to reductions in the number and severity of migraines.

A diet high in fish fats and low in vegetable oils may help reduce the number and severity of migraines, according to a new study from the National Institutes of Health.

Migraines are one of the most common causes of chronic pain and reduced quality of life. Many people who get migraines can't work or function normally during an attack. Attacks can last from four hours to as long as three days. Current medicines for migraines may only provide partial relief. They can also have negative side effects.

Participants on the diet low in linoleic acid and high in fatty fish had 30% to 40% reductions in headache hours per day.

This study oﬀers a promising alternative. Researchers expanded on earlier work on the impacts of linoleic acid and omega-3 fatty acids on chronic pain. Linoleic acid is a primary source of fat in the American diet. It's found in vegetable oils, nuts, and seeds. Omega-3 fatty acids are mostly found in fish and shellﬁsh.

The study showed that changes in diet might offer real relief to the millions of Americans who suffer from migraine pain, without the downsides of often-prescribed migraine medicines.

Over 15% of Americans aged 18 or older report having had a migraine or a severe headache in the last three months.

Diets rich in fish and vegetables may boost your brain power

Kale and salmon, anyone? The foods you choose for meals and snacks may help you build a stronger body and...

Tips for staying healthy and safe this summer

MedlinePlus and NIH offer lots of information online to help. We've summarized some helpful highlights to get you started. ...