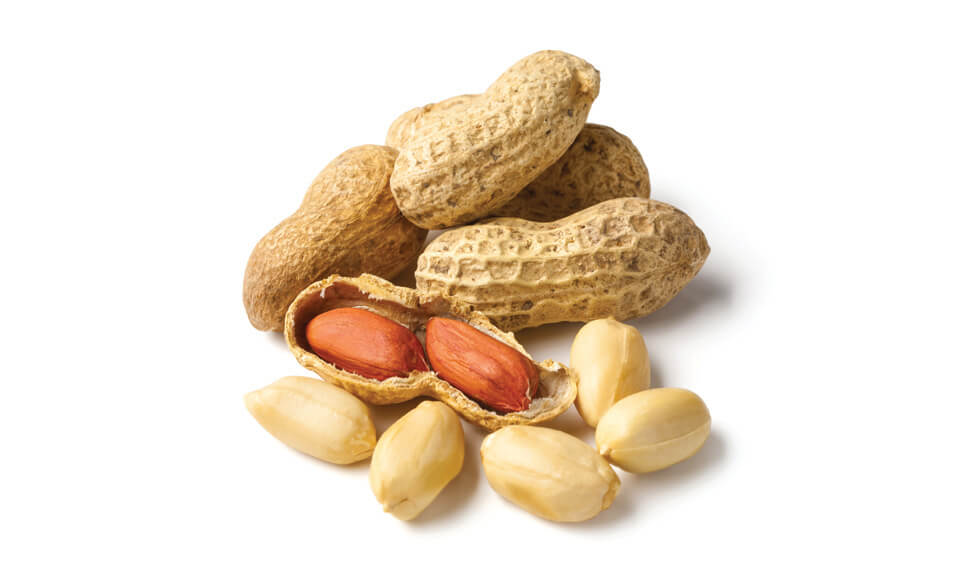 With NIH support, scientists across the U.S. and the world conduct research to improve the health of our nation. Here is a small sample of the research accomplishments made by NIH-supported scientists in 2016.

Recent clinical guidelines recommend introducing peanut-containing foods to infants between four and 11 months of age. Prior to introduction, infants should be evaluated by their health-care provider to assess the risk of developing a peanut allergy. These new guidelines show great promise in reducing the number of cases of peanut allergy in children.

Experimental malaria vaccine protects adults for more than a year

About half of the world's population is at risk for malaria, despite better prevention and control efforts. Scientists have been working to develop a vaccine that provides long-term, reliable protection from malaria. An experimental vaccine, PfSPZ, protected healthy adults from infection for more than a year.

Age-related macular degeneration (AMD) is the leading cause of vision loss among older Americans. AMD often has few symptoms in its early stages, but causes loss of central vision in later stages. Researchers examined the five-year outcomes of using the drugs Avastin and Lucentis to treat AMD The results showed that almost half of the participants had 20/40 vision or better, confirming the long-term benefits of the therapy.

Prostate cancer is the second most common cancer in men in the U.S. While more than half of prostate cancers don't become life threatening, doctors don't have a way to reliably predict which will likely cause problems. Researchers have discovered biomarkers in urine samples that were unique to two different prostate cancer stages. The findings suggest a noninvasive way to diagnose prostate cancer and assess tumor progression.

Gene-editing techniques like CRISPR/Cas9 can successfully replace faulty genes, and scientists have been exploring their therapeutic potential. In 2016, NIH-funded scientists showed the approach holds promise as a gene therapy for three diseases in animal or cell models: Duchenne muscular dystrophy (in mice); sickle cell disease (in blood stem cells from affected people); and the inherited eye disorder retinitis pigmentosa (in rats).

Most people experience low back pain at some point in their lives. Treatment choices include over-the-counter and prescription drugs, cold and hot compresses, exercise, and in some cases, surgery. Researchers have found that both mindfulness-based stress reduction and cognitive behavioral therapy improved chronic low back pain in adults. This means more treatment options are available for those suffering from the condition.

The placenta serves as a barrier to protect the developing fetus from toxins and infectious microbes, but some viruses can cross the placenta and potentially harm the unborn fetus. In 2016, researchers developed a 3D cell culture system that mimics aspects of placental development and microbial resistance. The system may help researchers understand how pathogens, such as herpes, HIV, and Zika, pass from a pregnant woman to her developing fetus.

High blood pressure, or hypertension, affects one in three American adults. In a large clinical study, researchers found that seniors who aimed for a target systolic blood pressure level lower than commonly recommended (less than 120 mm Hg compared to less than 140 mm Hg) had a reduced risk of heart disease and death. The findings will help older adults with hypertension and their health-care providers make more informed decisions about blood pressure goals.

Many different factors can affect a couple's ability to conceive. One is sperm motility. Inside the female reproductive tract, sperm use their tail-like appendages to swim for the egg. Researchers have identified a molecular pathway that activates sperm. The findings may lead to new approaches for male contraception and treatments for infertility that result from problems with sperm mobility.

Many people with diabetes rely on injections of synthetic insulin to keep their blood sugar levels in check. However, human insulin molecules take time to act on blood glucose levels. Researchers have found that a fast-acting insulin from the cone snail can bind and activate the human insulin receptor. The 3-D structure and other findings from the study provide insights for designing rapid-acting insulins to better manage diabetes.

Opioids are a class of powerful pain-relieving drugs that are generally safe when taken for a short period of time and prescribed by a doctor. However, they're frequently misused because they also produce euphoria. Researchers used computer simulations to screen millions of molecules for opioid-like, pain-relieving properties. The analyses allowed them to create a molecule that effectively alleviates pain in mice, but with fewer side effects than the opioid morphine.

More than a quarter of a million Americans live with spinal cord injuries. Spinal cord damage can lead to serious disabilities, including paralysis. In a proof-of-concept study, electrical stimulation of the spinal cord helped two people with quadriplegia improve voluntary movement and use of their hands. The study represents the first step in using this approach to improve hand function for people with cervical spinal cord injuries.