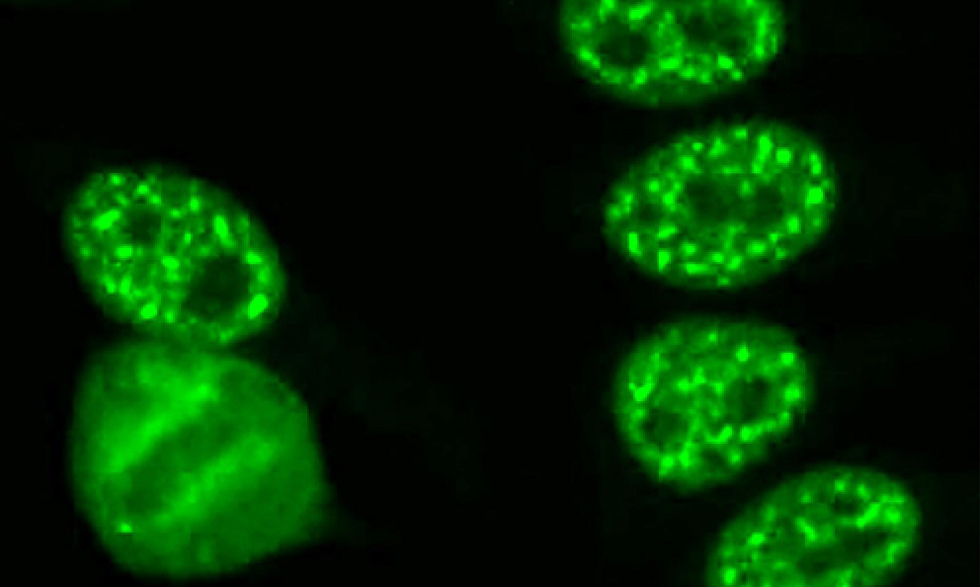 In this image of human cells, the bright dots show ANA, a type of antibody.

Autoimmunity, which is when the immune system attacks the body instead of protecting it against disease, appears to be rising in the U.S.

New research funded by the National Institutes of Health (NIH) found that autoimmunity is increasing faster in males, non-Hispanic whites, adults 50 years and older, and adolescents. Of the four groups with the largest increases, adolescents had the sharpest rise.

The rise in autoimmunity is linked to a certain type of antibody in the blood. Antibodies are proteins that the immune system makes to fight off viruses and bacteria. But a certain type—called antinuclear antibodies (ANA)—attacks healthy cells. They are called "antinuclear" because they attack the nucleus, or center, of the cell.

The study is the first to evaluate the changes in ANA over time in a sample of the U.S. population. The research team measured ANA using blood tests from more than 14,000 participants age 12 and older. For those aged 12 to 19, positive ANA blood tests doubled and then nearly tripled between 1988 and 2012.

The researchers want to know what is causing these changes in autoimmunity in each of the groups, especially teenagers. They say that changes in lifestyle or the environment may be involved.

"The reasons for the increases in ANA are not clear, but they are concerning and may suggest a possible increase in future autoimmune disease," says senior author Frederick Miller, M.D., Ph.D., who leads research at NIH's National Institute of Environmental Health Sciences.

More than 80 diseases occur as a result of the immune system attacking the body's own organs, tissues, and cells.