60 years of innovation: NICHD research through the years

A glance at NICHD research contributions and achievements since 1962 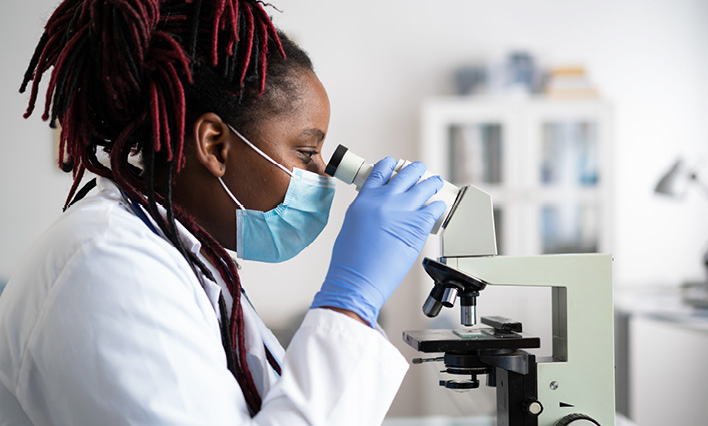 NICHD supports and conducts research to help save lives and promote wellbeing.

Since 1962, the Eunice Kennedy Shriver National Institute of Child Health and Human Development (NICHD) has helped save lives and improve the well-being of people most often excluded from research. These include women, children, and people with disabilities. For its 60th anniversary, NICHD recognized some of its research accomplishments and looked to the future of health research.

Understanding pregnancy has long been a focus for NICHD. Events before and during pregnancy can affect later health. In 1968, the institute began leading federal research on population and reproductive health. Their discovery of the earliest biomarker of pregnancy in 1978 led to the first home pregnancy test.

In 1982, an NICHD researcher discovered a possible mechanism for fetal alcohol syndrome. NICHD-funded research confirmed that alcohol intake during pregnancy could lead to intellectual disabilities in infants. These and other data led to the U.S. Surgeon General’s warning about the risks of drinking alcohol during pregnancy. This warning still appears on alcoholic beverages today.

In 1994, research co-funded by NICHD showed that taking a medication regimen during pregnancy reduced the risk of perinatal (or before birth) HIV transmission. As a result of this and other HIV research, the perinatal HIV transmission rate is less than 1% in the United States today. NICHD continues to explore pre-pregnancy, prenatal, and postpartum health. The institute aims to reduce maternal morbidity and mortality and improve maternal health.

Understanding human development is key to ensuring the health and well-being of infants, children, and teens. Shortly after its founding, NICHD pioneered newborn screening by confirming the safety and efficacy of a blood-spot test for detecting phenylketonuria (PKU). This metabolic disorder causes intellectual disability if untreated. Today, more than 4 million infants are screened annually for dozens of conditions. This way, treatment can start early and often before symptoms arise.

NICHD and other organizations launched the Back to Sleep® campaign (now Safe to Sleep®) in 1994. The campaign raised awareness about reducing the risk of sudden infant death syndrome (SIDS) and sleep-related infant death. This and other efforts helped reduce rates of sudden unexpected infant death, which includes SIDS, by almost 50%.

NICHD-supported research has increased understanding of and helped reduce the effects of disease and disability:

This background in ensuring healthy and optimal lives also enabled NICHD to address the COVID-19 pandemic. As the virus surged across the world, the institute focused on groups with unique health needs. Scientists studied SARS-Co-V-2 infection, transmission, and treatment in pregnant and lactating people, children, and those with disabilities. They also studied how to keep children in school safely.

The past and future successes of NICHD rely on its people. As the biomedical research landscape changes, so will NICHD’s strategies to bring in the best and brightest scientists and researchers. Ensuring a diverse workforce is important. NICHD and NIH are adapting so that the current and next generations of researchers and staff can thrive.

As NICHD embarks on its next 60-plus years, it will continue to build on the fundamental pillars of its mission—healthy pregnancies and children, and healthy and optimal lives.

NICHD and Waltham researchers partnered together to explore the impact of interactions between animals and their human companions.