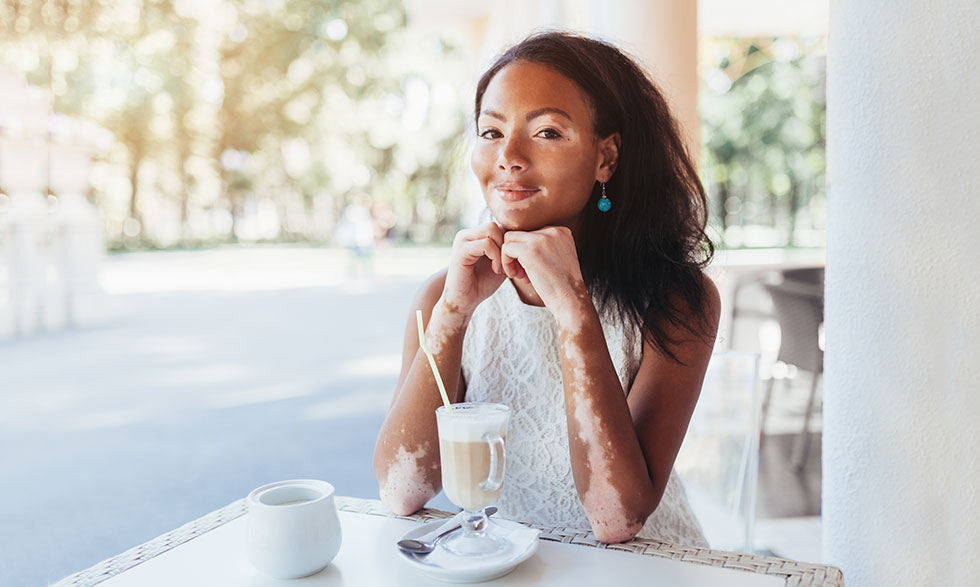 Vitiligo is a skin condition affecting roughly one in 100 people in the U.S. It causes areas of skin to lose pigmentation (color), resulting in light or white patches.

The condition is an autoimmune disease, causing the body's immune system to attack and destroy its own tissue cells. In this case, it attacks skin cells that give the skin pigment.

Vitiligo can happen more frequently on your face and hands, and at pressure points such as your knees and elbows. Vitiligo is a progressive disease that may evolve either slowly or rapidly. While some people develop only a few patches of white skin, others can get patches that cover most of their body.

Vitiligo is more noticeable in those with darker skin tones, but it can affect people of any race or age.

Researchers supported by the National Institutes of Health are close to getting approval for a new, targeted vitiligo treatment using Janus kinase (JAK) inhibitors. For now, other treatment options include the following:

Not every treatment is right for everyone, and many have side effects. But work to discover more broadly effective, longer lasting treatments offers hope.

For those with vitiligo, the emotional impact of the condition can be as intense as the physical effects. The condition is not contagious or life-threatening, but it can cause low self-esteem.

People with vitiligo can become depressed and withdraw from friends and family. It's important for those with the condition to find support from friends or loved ones, counselors, or support groups.