Tonsillitis again? What parents should know 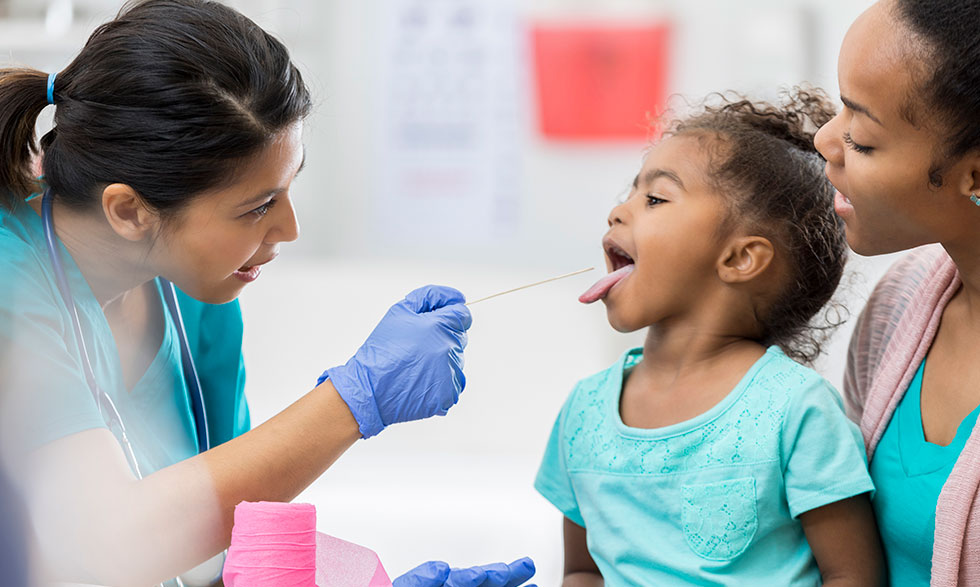 Why do some children get tonsillitis again and again?

This common childhood infection is usually caused by a virus that attacks the tonsils, the little lumps of tissue at the back of the throat. The infected tonsils become swollen and red, and it can hurt when the child swallows. Most children over the age of 2 get it at least once.

But tonsillitis can also be caused by streptococcus, a type of bacteria.

This type of tonsillitis goes by the more familiar name of strep throat. It's most common in children ages 5 to 15. The symptoms are similar—painful throat and fever—but antibiotics can be used to treat it because it's caused by bacteria, not a virus.

Unfortunately, in some children and teens, their bacterial tonsillitis (or strep throat) keeps coming back. They may even end up needing to have their tonsils surgically removed.

Researchers wondered why this was happening.

Earlier this year a team of researchers, funded in part by NIH, looked at tissue samples from 66 children ages 5 to 18 who had their tonsils removed because of repeated strep throat infections.

They found that the children had an unusual immune response to the strep bacteria that tricked their immune systems into attacking helpful immune cells and limiting their ability to fight the infection.

The findings of this study may help scientists develop new ways to prevent tonsillitis. Potentially, this could include a vaccine to protect against strep bacteria and thus reduce the burden of recurrent tonsil infections.

Tonsillitis caused by bacteria is more common in kids ages 5 to 15.

To help an anxious child, start with their parents

The best way to help children with an anxiety disorder may be to help their parents first, a new NIH-funded...

The onset of winter often means the worst part of cold and flu season, and with that, the dreaded ear...