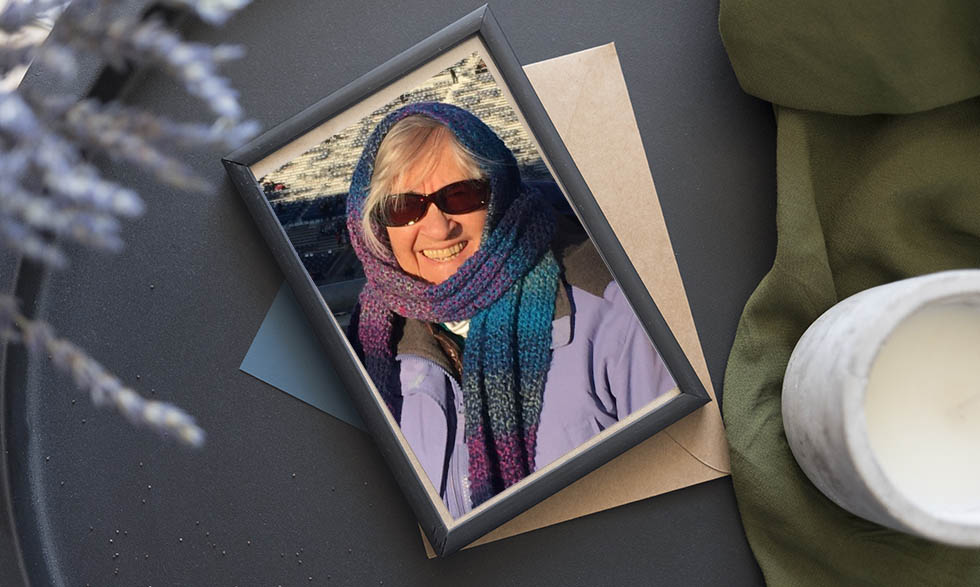 Joan Manny suffered for years before she was diagnosed with Sjögren's syndrome and now supports others with the condition.

For decades, 79-year-old Joan Manny of Brookeville, Maryland, suffered from a variety of seemingly unconnected symptoms.

In her teens and 20s, she had swelling in her parotid glands, which are located on both sides of the face. At the time, doctors thought it was mumps. She also developed petechiae, which are round spots on the skin resembling a rash.

Later, Joan was diagnosed with vasculitis, an inflammation of the blood vessels. These flare-ups, she says, would last a few days, go away, and then reappear. She also suffered from joint pain, dental problems, and dry eyes.

"Having dry eyes made me very sensitive to sunlight and bright lights," Joan says. "I remember wearing two pairs of sunglasses when I was driving because one just wasn't enough."

It wasn't until she was in her 30s—after numerous doctor visits—that Joan finally got a diagnosis for all her symptoms: Sjögren's syndrome.

"I remember wearing two pairs of sunglasses when I was driving because one just wasn't enough."

This autoimmune disease attacks the glands that make tears and saliva. It causes dry eyes and dry mouth, and it can affect other parts of the body, including blood vessels, joints, and nerves. Because symptoms vary and affect people differently, getting a diagnosis can take time.

"Back in the 1960s, doctors didn't know much about Sjögren's syndrome," Joan says. "I had to look it up in a medical dictionary, and there were only a few paragraphs about it. Most physicians weren't aware of it."

She spent the next several decades on various medications to manage her symptoms. Today, she only uses eye drops and saliva substitutes to maintain moisture in the areas where Sjögren's affects her the most.

During her treatment, Joan became active in the Sjögren's syndrome community and led a support group for others who had been diagnosed with the condition. Members of the group could talk about their symptoms and rely on each other for support, which Joan says was essential to helping her cope.

"You realize that you're not the only one who has the problem," she notes. "It was also interesting because when we met and talked about our symptoms, no two people ever had the same ones."

Finding an understanding and thorough doctor was important on her path to a diagnosis, she says.

"Keep a list of your health problems and symptoms, and when they occur," she suggests. "It's important to figure out what's causing the problem and what might make your symptoms better or worse."

Joan says that it's also important to keep a positive attitude as you navigate diagnosis and treatment.

"I'm an optimist and like to look at the positive things in life," she says. "I could complain, but I have a husband and two daughters, and several friends I've met through the support group, who, 30 years later, are still my best friends."

Women are nine times more likely to have Sjögren's syndrome than men.

Sjögren’s syndrome: What you need to know

Sjögren's syndrome is an autoimmune disease that often damages the glands that make tears and saliva, or spit. It...

Carrie Ann Inaba is a familiar face in millions of American homes. A lifelong dancer, she has become well-known as...