The brain and memory: Understanding how the brain thinks 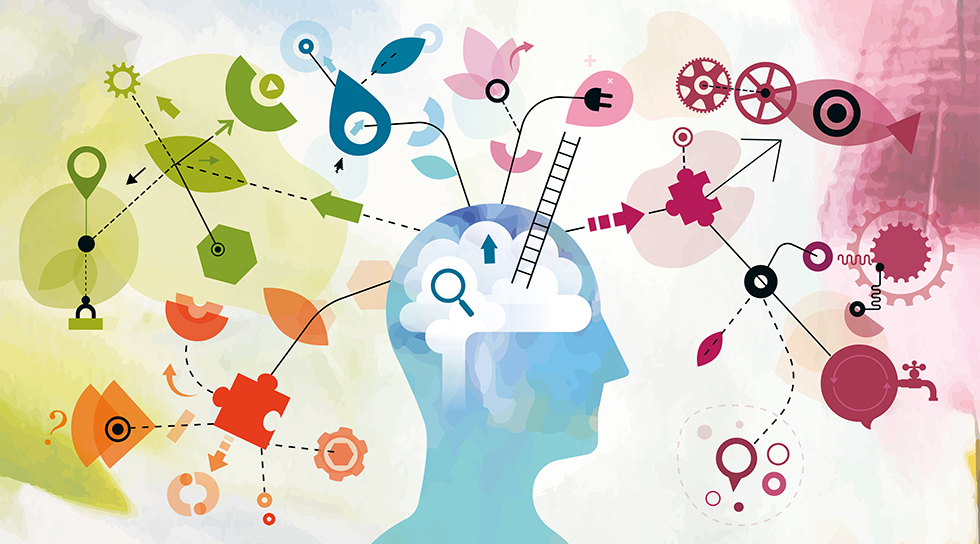 We don’t know how the brain sets boundaries between memories, but researchers are getting closer to an answer.

Time flows continuously, so why do we remember events in chunks of time? Where does our brain determine when different memories start and stop? These were some of the questions a team funded by the NIH Brain Research Through Advancing Innovative Neurotechnologies® (BRAIN) Initiative set out to answer in a new study.

The BRAIN Initiative’s transcontinental researchers discovered “boundary” and “event” cells that are involved in making and marking memories and are activated at memory starting and stopping points, respectively. This is a groundbreaking finding that could affect how we treat brain conditions such as Alzheimer’s disease and dementia.

The researchers conducting the study were operating under the existing memory framework of “boundaries”—the idea that memories can have hard and soft starting and ending points. Think of hard boundaries as a file folder and soft boundaries as the files inside. A hard-boundary memory might be the fireworks show at last year’s Fourth of July celebration, and soft-boundary memories would be the different fireworks and people you saw during that show.

Though scientists have studied memory behavior using this framework for quite some time, it’s unclear how exactly the brain sets these boundaries.

“Something may have happened to you this morning—you saw somebody in the street, or somebody called to you—and that memory might very well last a lifetime. It has permanently modified you,” says Ueli Rutishauser Ph.D., a professor of neurosurgery, neurology, and biomedical sciences at Cedars-Sinai Medical Center in Los Angeles and a senior investigator in the BRAIN Initiative consortium. “We want to figure out how that works and what breaks down when it doesn’t work so we can remediate that.”

The BRAIN Initiative research team got the consent of 20 patients across the country undergoing intracranial recordings for epilepsy treatment to look at their brain activity while they were shown clips mimicking soft and hard boundaries.

“A finding like this is exceptionally rare because looking inside the human brain at the resolution we were able to is so rarely possible,” says Dr. Rutishauser. “That’s one of the main reasons why we know so little about how human memory works. This study was a really precious opportunity, and it was striking that we found these boundary cells behaving so consistently.”

Now that we know what cells are involved with memory production, Dr. Rutishauser said the next step is to figure out what activates the cells. Figuring that out could have a huge effect on treating memory-related issues like Alzheimer’s disease and dementia.

The team plans to try to answer that question by looking at dopamine and the brain’s theta rhythm. Dopamine—a neurotransmitter that plays a role in pleasure and learning—might be involved in the activation of boundary and event cells, and the theta rhythm—the brain’s normal internal rhythm that affects learning and memory—could be the essential beat at which the boundary and event cells need to fire.

Other exciting brain and memory studies

NIH is funding several studies across the country related to the brain and memory. Here are just a few:

Study of the Brain, Thinking, and Memory

This study is looking for participants from the Washington, D.C., metro region. Its goal is to gain a better understanding of how the brain, thinking, and memory works in people with and without autism spectrum disorders. Researchers are looking for individuals between 18 and 35 years old who have a bad memory for faces. Learn more about this study.

Memories and How the Brain Works

This study is looking for participants from the Washington, D.C., metro region. One of the goals of this study is to evaluate how the brain activates and represents memories. Participants will undergo an MRI brain scan and a magnetoencephalography (MEG) scan while watching videos created in an app called “1 Second Everyday,” which uses one-second video snippets to create a longer “memory” video. Learn more about this study.

NIH has awarded a grant to researchers from the University of California, Irvine, to create maps of the brain that identify specific brain cells and circuits related to aging and Alzheimer’s disease. These findings can hopefully lead to earlier diagnoses and help create new treatments. Find out more about this research.

The Seattle Alzheimer’s Disease Brain Cell Atlas consortium, led by the Allen Institute, is attempting to create a cellular- and molecular-level atlas of the human brain to determine the causes and effects of Alzheimer’s disease. The project is a National Institute on Aging-funded collaboration and relies heavily on brain-mapping technology developed by researchers funded by the NIH BRAIN Initiative. Read about this work.

Dementia likely affects more than 5 million people in the United States, which is expected to increase as the population ages.