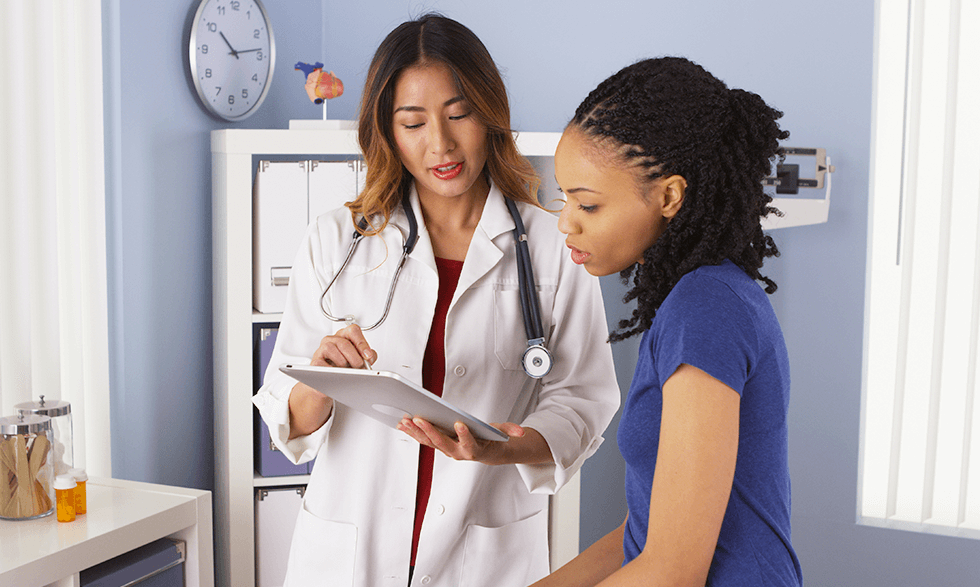 A recent NIH study found that women who gave birth through cesarean section (c-section) were at lower risk of developing pelvic floor conditions than those who gave birth vaginally.

A vaginal delivery may weaken the muscles, ligaments and tissues in the lowest part of the pelvis.

A vaginal delivery can weaken a new mother's pelvic area through stretching and tearing. A c-section happens through the abdomen and causes less strain on the area.

Pelvic floor disorders can lead to leakage of urine associated with laugh, cough, sneeze, or they can weaken support of the vaginal walls and cause bowel movement problems.

According to NIH-funded research, almost one in four women have some type of pelvic floor disorder. Obesity, aging, and chronic medical problems that cause strain on the pelvic floor can also contribute to pelvic floor issues.

A family member, friend, co-worker, or neighbor: You probably know someone with polycystic ovary syndrome (PCOS). As many as 5 million...

Pushing through life with PCOS

Nicole Strayhorn was diagnosed with polycystic ovary syndrome (PCOS) at age 14. After years of struggling with the syndrome, Nicole, now 28,...