Scleroderma: An overview for you 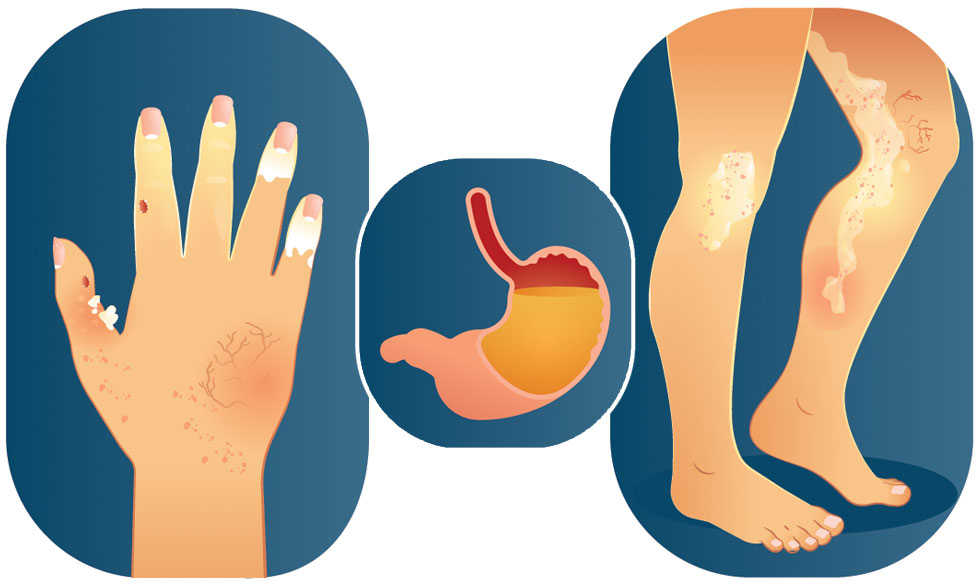 Scleroderma can lead to painful bumps under the skin, red spots, patches of hard skin, and even digestive problems.

The name scleroderma means "hard skin"—a simple description of a complex disease that causes thick, hard scar tissue to form either on the outer skin or inside the body around major organs.

In serious cases, this scarring can cause serious damage to the lungs, kidneys, digestive tract, and heart. A variety of medications can help control symptoms and slow further damage, but so far there is no cure. Recent NIH-funded research suggests that stem cell transplants may provide hope for some cases.

Scleroderma is considered an autoimmune disorder, which means the body is being attacked by its own immune system. In this case, the process of forming scar tissue—the immune system's natural response to help heal and protect damaged skin—has gone wrong.

The body overproduces collagen, which causes thick, tight patches of skin that stiffen, squeeze, and ultimately damage portions of the body. What causes this malfunction is unclear, but researchers have identified some genetic variations that may increase a person's risk.

There are two general types of the disease

An estimated 300,000 Americans have scleroderma (about 100,000 with systemic scleroderma and 200,000 with the localized form). Anyone can get it, but you can't catch it from other people. It's most common in adults and especially in women. The localized type is more likely to develop before the age of 40, while the systemic type is more common in adults ages 30 to 50 and in African-Americans.

Among the most common symptoms are:

There is no single test to diagnose scleroderma, but there are blood tests to detect certain proteins (called antibodies) produced by the immune system, as well as a physical exam, skin biopsy, and lung, heart, and gastrointestinal tests.

There are some drugs patients can take to relieve symptoms and reduce damage.

Immunosuppressants, such as mycophenolic acid, have become a major category of medications used against the overactive immune system. Repurposing or combining drugs used for cancer and other diseases have also led to promising results. Patients are encouraged to make changes to their diet, learn stretching to help their joints, and use creams to help with red patches of skin.