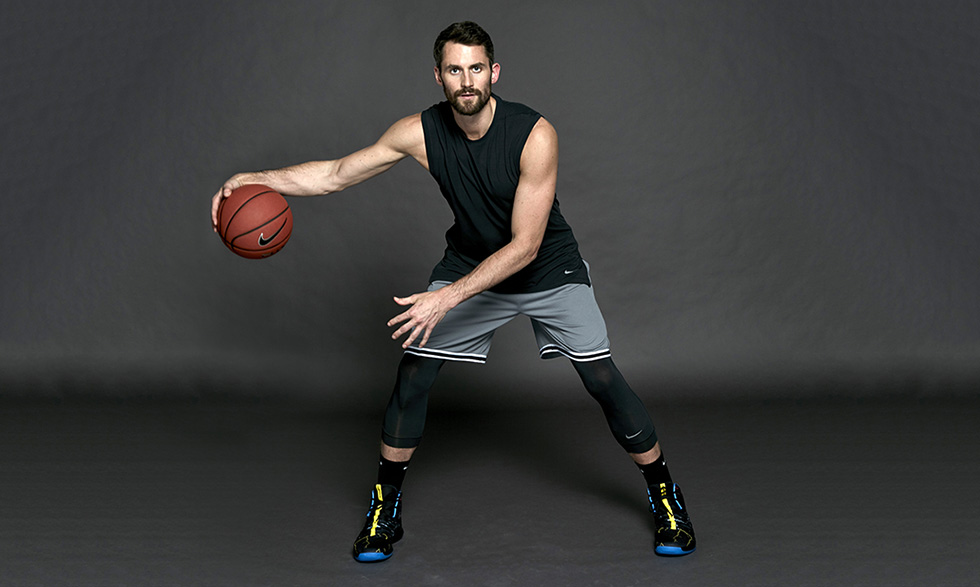 Kevin Love has achieved a lot in 31 years. He's a five-time National Basketball Association (NBA) All-Star. He won an NBA championship with the Cleveland Cavaliers in 2016. He's also a basketball world champion and a U.S. Olympic gold medalist.

But he has experienced challenges. He lives with depression and anxiety and has suffered from panic attacks. He even had one during an NBA game.

Recently, he opened up about his mental health and shared his story with the public. By speaking out about his own experiences, he has sparked a movement to raise awareness about mental health—especially for men and athletes. He talked to NIH MedlinePlus magazine about his journey.

Your panic attack during an NBA game was a turning point for you. Can you tell us about that?

It's a really scary thing to feel something happening to your body and have no idea what's going on. Especially in the middle of an NBA game in front of thousands of people.

"We need to share our stories and make sure people know they are not alone."

What has been helpful for you in dealing with your anxiety and depression?

I work with a therapist and I am one of the people whom medication has helped. I know people have different outlooks when it comes to medication. It's a very personal decision, but for me it has helped a lot.

Taking care of my total health has also been a really effective tool. I try to meditate regularly and get enough sleep. Exercise is a great way that I let off steam and feel good about myself, and not just because I'm an athlete. I'm also very focused on my diet and eating well.

What advice do you have for other men and boys who might experience similar issues?

I encourage everyone to speak their truth. One saying I always default to is "nothing haunts you like the things you don't say." When I was younger, I held it in because I was afraid of what my friends and family would say and what the people around me would think. I was worried what my teammates and other people on the court would think of me, too.

Now, I feel more comfortable in my own skin than I ever have. It's really important to know that others are going through it too and that a lot of good can come through your experience.

Could you talk about fighting the stigma attached to mental health/mental illness, particularly among men?

Mental health is not something that has traditionally been talked about among men. We're taught that we're supposed to bury our feelings and not be vulnerable.

If you look at the past, things like melancholy, depression, anxiety, and mood disorders were actually seen as endearing or as something that could lead to great things. I read a book about President Abraham Lincoln called "Lincoln's Melancholy" that talks about his depression and the role it played in driving him to greatness. It was eye-opening for me. It really wasn't until the 20th century that mental illness was looked at as devastating.

So to change that, we need to keep talking about it more, especially as men. We need to share our stories and make sure people know they are not alone. There is a vast community that empathizes with them and understands what they are dealing with.

Since you began speaking out, have you heard from other men or boys who are facing these challenges?

Anxiety and depression are extremely isolating, so I am glad I can be a part of helping people feel supported and encouraged.

What is next for Kevin Love?

When I decided to share my story, I didn't realize how many people it would resonate with or what a lightning bolt of a topic it would become. Or that I would actually find my life's work. Basketball is my career now and for the foreseeable future. But there is so much to be done in this space, it will keep me busy for a long time. For instance, I launched the Kevin Love Fund. Its goal is to help normalize the conversation around mental health. We really want to focus on inspiring people to live their healthiest lives while providing tools for both physical and emotional well-being.

More than 31% of U.S. adults experience an anxiety disorder at some time in their lives.

Anxiety affects millions of people in the U.S. More than 25 million to be exact. But not all kinds of...

Anxiety: What you need to know

Most of us experience anxiety at some point in our lives. You might feel anxious when taking a test, crossing...