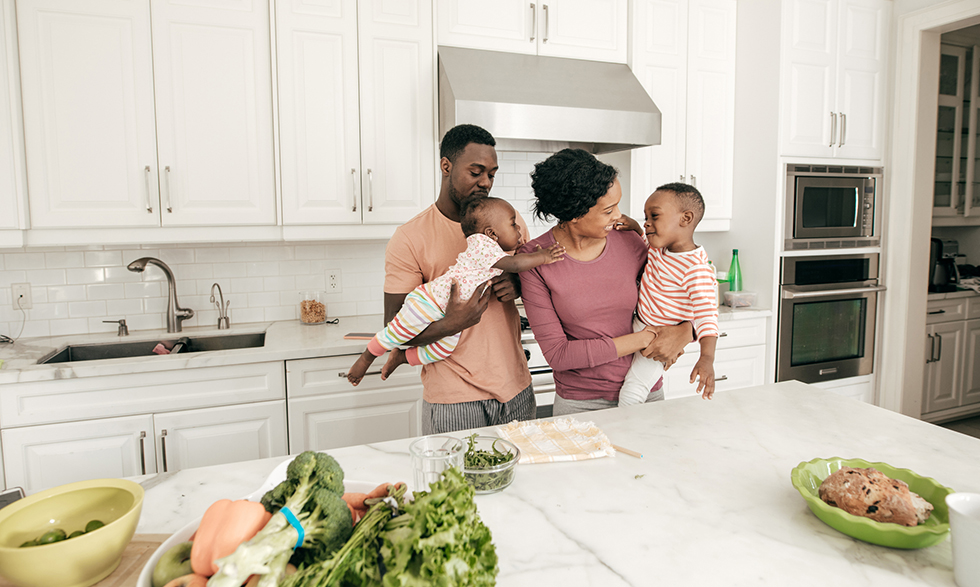 Teaching parents how to recognize and respond to their baby’s cues can help promote healthy growth.

An NIH-funded study called Intervention Nurses Start Infants Growing on Healthy Trajectories (INSIGHT), has been shown to support healthy weight in babies and lay the groundwork for positive eating habits and growing patterns later in life. The program teaches first-time parents how to recognize and respond to their baby’s cues around things like hunger, sleep, feeding, and emotional regulation. It helped protect against infant weight concerns and promoted healthy growth in firstborn children. A follow-up study called SIBSIGHT discovered that siblings benefit, too.

Childhood obesity, which affects 1 in 5 children in the United States, is a complicated issue without a single clear solution. When a child is overweight, there are almost always multiple factors at play such as genetics; behavior; or access to healthy, affordable food and safe places to exercise.

One approach to preventing obesity in children is a practice called “responsive feeding,” which includes teaching new parents strategies for recognizing their baby’s food needs and responding to them immediately, and in a nurturing way. This includes:

Responsive feeding also helps babies notice their own feelings of hunger and fullness, which can encourage self-regulation (the ability to eat or stop eating based on those cues) throughout their lives.

"We saw many positive outcomes… but the most striking was the impact on weight gain: Compared to the control group, the babies whose parents got the responsive parenting intervention grew healthily but more slowly in the first six months, were less likely to be overweight at age 1, and had lower BMI at age 3."

A promising intervention program that was found to promote healthy growth in firstborn babies appears to also benefit their siblings. INSIGHT is an ongoing study funded by the National Institute of Diabetes and Digestive and Kidney Diseases (NIDDK) that teaches responsive skills and strategies to help first-time parents recognize and respond to their infant’s cues.

Firstborn babies in the program had healthier growth rates—including slower weight gain through the first six months, lower rates of overweight at age 1, and lower BMI (body mass index) at age 3—compared to babies whose parents didn’t get this training.

Recently, the research team found that these benefits spill over to second children even without more training for their parents. 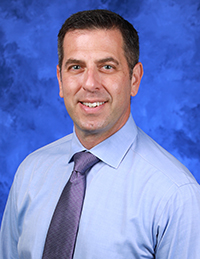 What is responsive feeding? What is its relationship to responsive parenting?

Dr. Williams: Responsive feeding builds on responsive parenting, which has been around for a long time. It’s about picking up on a child’s signs and reacting quickly in a way that’s developmentally appropriate for the child and is associated with lots of positive outcomes for children.

About 10 years ago, researchers started looking at how feeding specifically fits into this framework. Instead of focusing on what and how much children are eating, responsive feeding takes a developmental perspective, which looks at how they’re eating. This includes parents giving kids foods that are age-appropriate (in terms of texture, portion size, and so on) and being able to identify when a child is hungry versus when they are full. The [responsive] parenting literature laid the foundation for thinking about feeding responsively, and we looked at all the positive outcomes around parenting and wondered if responsive feeding would also protect against weight gain and help young children learn how to regulate their energy intake by paying close attention to their feelings of hunger and fullness.

Dr. Paul: That’s right. Responsive feeding is all about teaching parents how to recognize cues from their child that they are hungry or full―especially during infancy―and how to respond in a developmentally appropriate and productive way. For example, infants cry for many reasons, and feeding them can seem like an effective response in the moment, even if hunger isn’t the cause of the child’s fussiness. That’s why it’s important to give parents other strategies for responding to their child’s fussiness that don’t involve feeding.

What questions were you trying to answer with INSIGHT? How did you go about answering them, and what did you find?

Dr. Paul: INSIGHT looked at whether a responsive parenting intervention for first-time parents could reduce rapid infant weight gain and improve weight status in their babies. It was a randomized controlled trial (a kind of research study where participants are randomly assigned to different groups to compare the effects of different treatments or interventions) with almost 300 mothers and firstborn infant children. In the responsive parenting group, we taught parents strategies for responding to their babies’ needs around sleep, feeding, interactive play, and emotional regulation, then followed them over the next three years. The control group (the group of study participants that didn’t get the responsive parenting intervention) learned about home safety. We saw many positive outcomes around sleep, feeding, and nutrition, but the most striking was the impact on weight gain: Compared to the control group, the babies whose parents got the responsive parenting intervention grew healthily but more slowly in the first six months, were less likely to be overweight at age 1, and had lower BMI at age 3.

Dr. Williams: The team was really thoughtful about setting up the intervention. It was delivered by nurses who focused on teaching parenting skills. This helped the parents feel like they were getting unique and tailored support and guidance, which can be really powerful―especially for new moms who don’t always have good support. Instead of talking explicitly about obesity prevention, we really focused on the kinds of outcomes that parents are invested in. What kind of 3-year-old do most parents want? They want a kid who isn’t a picky eater, sleeps through the night, and is good at regulating their emotions.

How did the SIBSIGHT study build on these findings?

We know that children turn out differently than their siblings; the question is why. How much of this difference is due to genes, how much is behavior, and how do each of these contribute to obesity? We hypothesized that experienced parents may be more responsive to a second child’s cues after going through it with their firstborn. 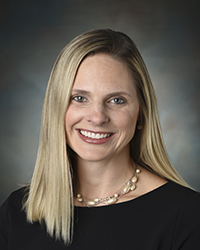 Dr. Williams: We had collected so much good information about the firstborn children in the study, and now we wanted to answer these questions by looking at their younger siblings. When we analyzed the sibling data, we were pretty floored by what we found. Like their older siblings, the younger secondborn siblings in the intervention group had significantly lower body weight than those in the control group, even without more training for their parents. That tells us that this intervention has an incredible return on investment.

Dr. Williams and Dr. Paul are grateful for all the dedicated, talented people who have contributed to—and in turn have been touched by—the program over the years.
None of this work would have been possible without their mentor, Leann Birch, Ph.D. Dr. Birch was a developmental psychologist and a pioneer in both childhood eating behaviors and early-life obesity prevention until her passing in 2019, and her research and work around childhood feeding laid the groundwork for the intervention and its curriculum. “She was absolutely brilliant, innovative, and collaborative,” said Dr. Williams. 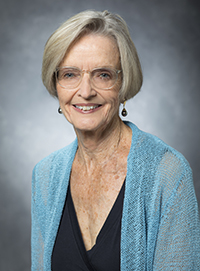 There was also the team that developed the curriculum and intervention―Dr. Williams and Dr. Paul credited their colleague Stephanie Anzman-Frasca, Ph.D., as a key player―the nurses who delivered it and the entire research team including students, statisticians, and project coordinators. And of course, the ongoing dedication and involvement of the families in the program―some of them traveling from out of state―over the 9 years. Without them, Dr. Paul noted, “we wouldn’t be able to do the study.”

The positive impacts of the study went beyond the intervention outcomes. The many, many students―undergraduate, graduate, and post-doctoral―who trained in this interdisciplinary, collaborative program represent a new generation of researchers, many of whom have since gone on to envision and lead research of their own.

Thanks to NIDDK funding, the INSIGHT study will continue to follow the firstborn children through age 9. The team is also focusing on delivering education on nutrition and responsive parenting in community-based settings. That includes the National Heart Lung and Blood Institute’s Early Intervention to Promote Cardiovascular Health of Mothers and Children (ENRICH) program, which engages with communities to bring evidence-based interventions like INSIGHT to new parents and their children.

National Institute of Diabetes and Digestive and Kidney Diseases

Childhood obesity affects 1 in 5 children in the United States.