One day at a time: Living with an unpredictable disease 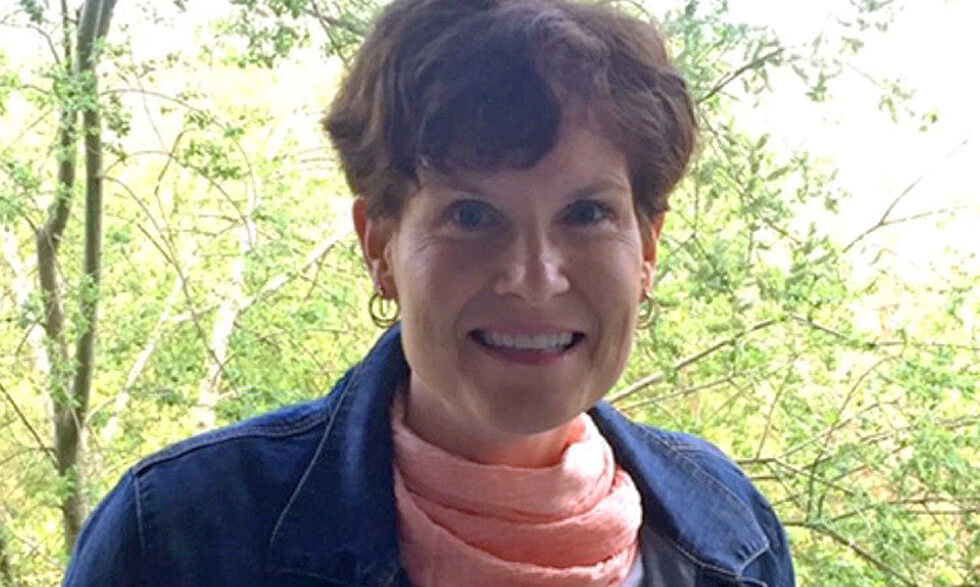 Kim Bench likes routines. Every morning, she gets out of bed, does her stretches, and makes breakfast. That is, if she is feeling well enough.

Kim has multiple sclerosis (MS), an often debilitating disease that affects the central nervous system (the brain and spinal cord).

"MS is very unpredictable," Kim says. "I can feel great one day and wake up another day and temporarily not be able to see."

Kim is 48 years old and lives in Norfolk, Massachusetts.

"I wouldn't be where I am today if it were not for my friends and neighbors."

Her MS symptoms began when she was about 21 years old. She felt a numb sensation in her legs at times and extreme exhaustion. She even passed out from the pain of a sprained ankle and had double vision when driving one day.

Kim didn't know these were symptoms of MS.

"My doctors kept telling me it was stress-related," she said.

But Kim wasn't convinced. She switched primary-care providers four times until one doctor listened to her symptoms.

"He turned out the lights and looked into my eyes. Then he scheduled an MRI," she said.

The MRI showed lesions on her brain and in her spine, indicating that she had MS. She began seeing a neurologist for treatment and medications.

Once the neurologists told her it was MS, she felt relieved she had a diagnosis.

Over the past 20 years, Kim has had various symptoms. She says her most recent symptoms make her feel like an elastic band is being pulled around her ribcage. She also now needs a walker or scooter to help her get around.

Despite her MS symptoms and the side effects of treatment, Kim still considers herself lucky.

"I don't feel bad for myself and I don't complain," she says. "There are much worse situations in the world. If I need help, I ask for help."

That help comes from family and friends. They help keep her company now that she can no longer work due to her symptoms. Even strangers in a grocery store offer to help her.

"I wouldn't be where I am today if it were not for my friends and neighbors," she says. "If I'm having a down day, I call a friend."

Kim's advice to someone with MS: "Be open to anything. Go on medication right away. Explore your diet and surround yourself with positive people all the time."