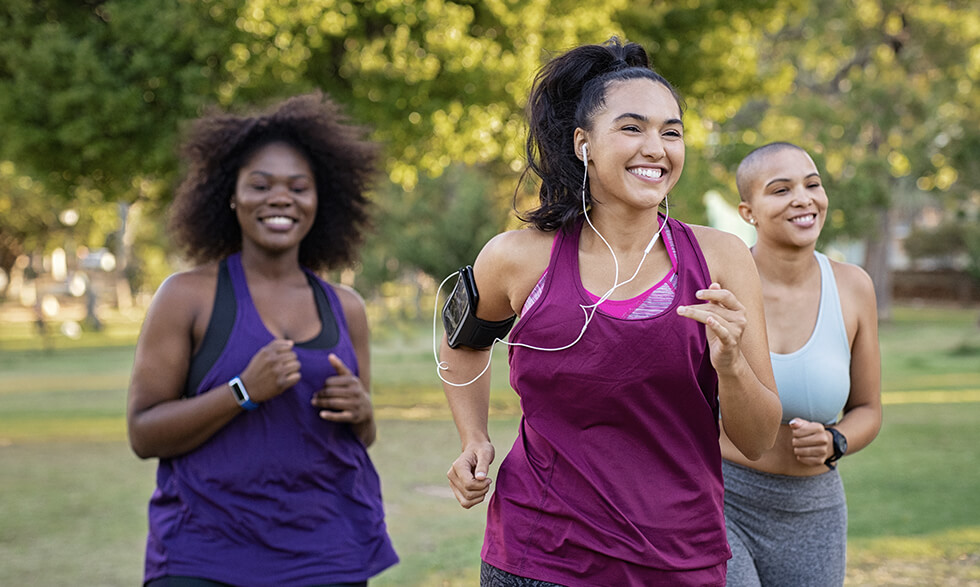 For women with high-risk breast cancer, physical activity is linked to longer survival and a lower risk of their cancer returning.

The National Cancer Institute (NCI) helps fund thousands of studies nationwide to better understand and treat breast cancer, which will affect one out of eight women in the U.S. during their lives.

Four of those studies are described below:

Exercise as a breast cancer fighter

A growing number of studies show that regular exercise may improve a woman's chances of surviving breast cancer. A recent NCI-funded study has even better news: Physical activity is also linked to longer survival and a lower risk of cancer returning in those with high-risk breast cancer. In that study, women who met guidelines for minimum weekly exercise both before diagnosis and after treatment ended had a 55% reduced chance of cancer returning. They also had a 68% reduced chance of death from any cause. Federal guidelines recommend that adults do 2.5 to 5 hours of moderate-intensity physical activity or 1.25 to 2.5 hours of vigorous-intensity aerobic physical activity per week.

In a small NCI-supported study, researchers analyzed a tumor's protein and genetic changes using just a small sample of tissue taken from a single needle biopsy. Analyzing tumor tissue can help doctors tell whether a patient will do well with a specific treatment. Until now, though, this procedure had required a large amount of tissue to be removed from a patient. But scientists have developed a new "microscaled" approach that allows doctors to test a much smaller sample of tissue. This makes it less invasive for patients.

Women with the most common type of early-stage breast cancer can get chemotherapy plus hormone therapy or get hormone therapy alone. But until now it has been unclear which might be better. A new test called Oncotype DX can help women decide. The test gives patients a score from 0 to 100 for their risk of the cancer returning. In a recent NCI analysis, women with early-stage breast cancer who scored 26 or higher on the test did best by getting both chemo and hormone therapy. Previous findings showed that women with a score lower than 26 could skip chemo and receive only hormone therapy, and still have good results.

1 in 8 women in the U.S. will get breast cancer during her life.

Breast cancer: What you need to know

Breast cancer affects one in eight women in the U.S. and is the second most common type of cancer...

Metastatic breast cancer starts in the breast but then spreads to other parts of the body. For example, it could...