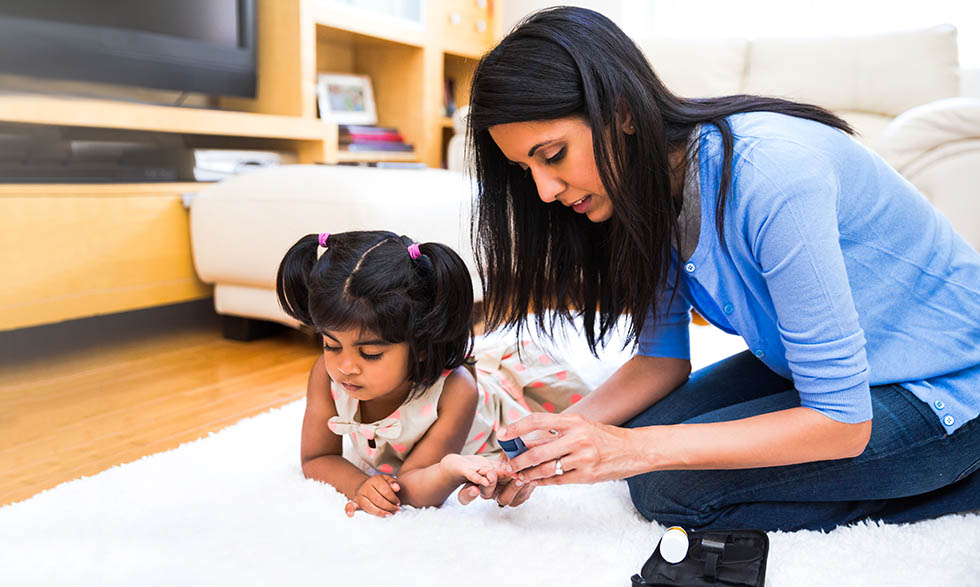 Children and adults with type 1 diabetes have to measure their blood sugar multiple times a day.

A recent study has found that a drug may delay the start of type 1 diabetes in people who are high risk, such as people who have a family member with the disease.

Type 1 diabetes is a serious lifelong condition in which the body makes little or no insulin. Insulin is a hormone that manages your blood sugar to give you energy. People with type 1 diabetes have to take insulin every day to stay alive.

The National Institutes of Health-supported clinical trial followed 76 people at high risk of developing type 1 diabetes. Half of the people in the study were given the drug, teplizumab, and half took a placebo, which doesn't have any medicine. Researchers followed the participants for several years.

If it is approved, teplizumab would be the first drug to delay or even prevent the development of type 1 diabetes. It has the potential to offer significant benefits to the many people at risk for type 1 diabetes, especially "for those children who might have a chance to grow up without it," according to study author Kevan Herold, M.D.