About the exhibit, plus a Q and A with NLM’s Jill Newmark, who helped curate the original Harry Potter exhibit, along with Elizabeth Bland and Stephen Greenberg 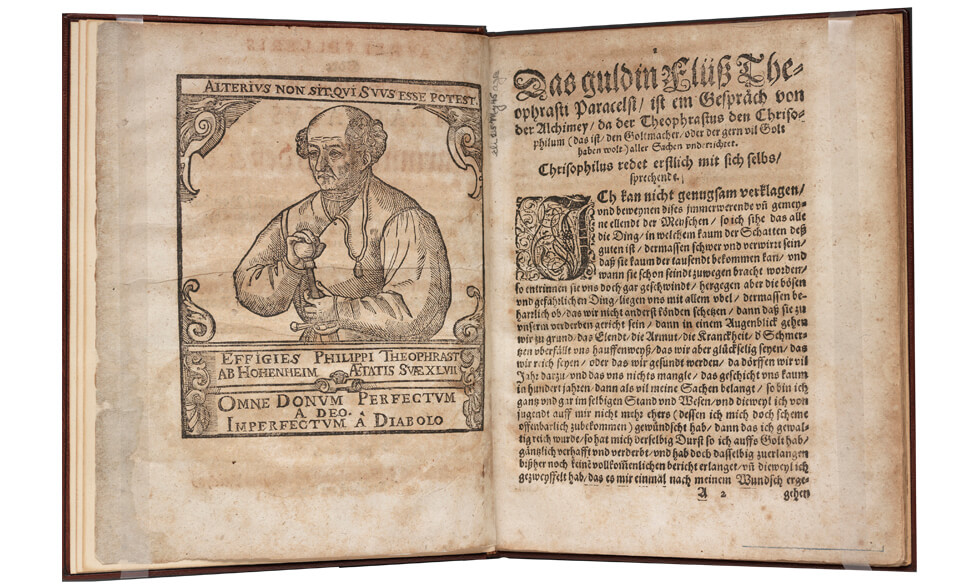 The National Library of Medicine's traveling banner exhibition, Harry Potter's World: Renaissance Science, Magic and Medicine, dives into the science behind the books of the wizarding world.

Although "Harry Potter" is a fantasy story, the magic in the books is partially based on Renaissance traditions that played an important role in the development of Western science. Traditions like alchemy, astrology, and natural philosophy, represent the ideas and scientific beliefs of the world in which the "Harry Potter" books take place. Incorporating the work of several 15th- and 16th-century thinkers, the books look at important ethical topics such as the desire for knowledge, the effects of prejudice, and the responsibility that comes with power.

This traveling banner exhibition, using materials from the National Library of Medicine (NLM), explores Harry Potter's world and its roots in Renaissance magic, science, and medicine. Check online to see if it's coming to a city near you.

Additionally, take a look at our interview with one of the curators of the original exhibit at NLM for more info.

How did you come up with the idea to feature the Harry Potter exhibit at NLM?

In 2007, our colleague Stephen J. Greenberg, Ph.D., told the NLM exhibition program about the book "La Metallique Transformation," written by Nicolas Flamel. Dr. Greenberg's action fueled the idea for an exhibition. As any Harry Potter fan will know, Nicolas Flamel is referenced several times in the "Harry Potter" series as the creator of the philosopher's stone. At the same time, a new "Harry Potter" movie was about to be released. The Exhibition Program thought it would be a great idea to create a special display exhibition that focused on the real Renaissance scientists who were referenced in Harry Potter.

What are some interesting facts you learned?

We learned about the extensive materials that are held within the History of Medicine Division collections from the 16th and 17th centuries. Many are beautifully illustrated, provide interesting revelations about the scientific beliefs and medical practices at that time. They help illuminate the science, medicine, and magic of the Renaissance.

Can you tell us more about the traveling portion of the exhibit?

The traveling exhibition has been touring around the U.S. and abroad since 2009. It is booked through 2018 and is free and open to the public. The exhibition will also be on display at the National Library of Medicine this June to celebrate the 20th anniversary of the publication of the first "Harry Potter" book.