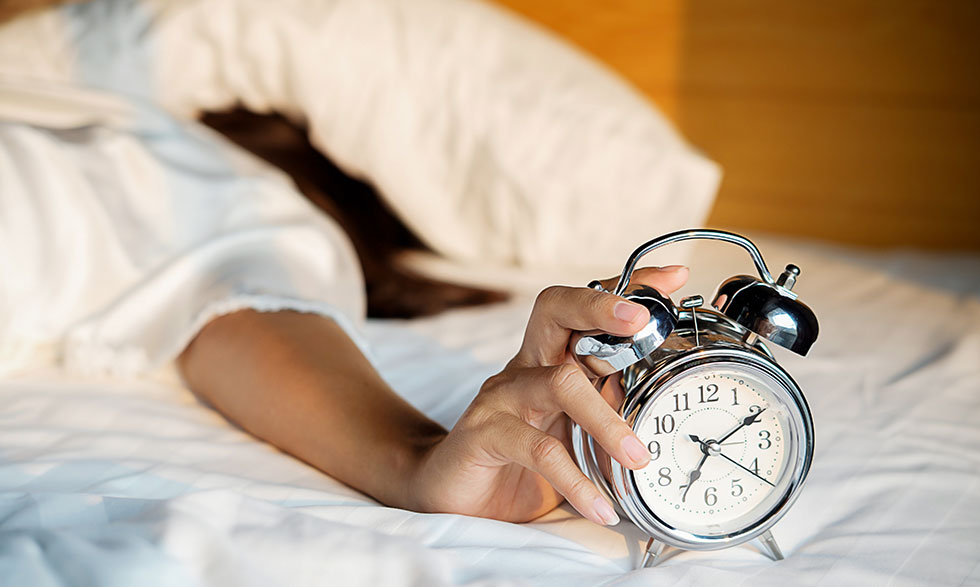 There's bad news for those of us who have inconsistent sleep schedules, such as sleeping too little during the week and then trying to make up for it on the weekend.

A new study finds that irregular sleeping patterns, including catch-up sleep, can negatively affect the body's metabolism, which controls how we function and use energy. It also puts us at a higher risk for chronic diseases like diabetes.

In the study, supported in part by NIH, 36 people were divided into three groups. One group slept up to nine hours a night. Another group was allowed only five hours of sleep nightly. The third group slept five hours nightly during the week, then slept late on the weekend.

The findings after two weeks were telling. Both the sleep restriction group and the weekend recovery group gained weight and had reduced insulin sensitivity—meaning their ability to process sugar was impaired.

The key takeaway, say the study's researchers, is that "weekend recovery sleep does not appear to be an effective countermeasure" to reversing the negative effects of sleep loss on the body's metabolism. In fact, sleep was disturbed even more in the weekend recovery group when they went back to the restricted sleep pattern.

Getting restful sleep is often hard. Sleep apnea can make it even harder. New NIH-supported research finds that African Americans...