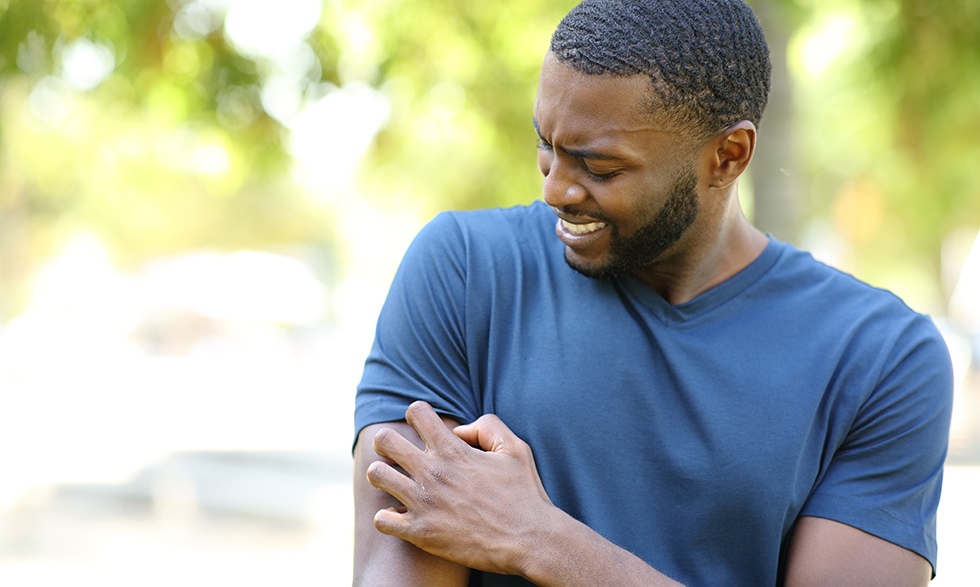 Mosquitoes use a combination of chemical and physical cues to sniff out their hosts.

Summertime means barbecues, pool days, and mosquitoes. Warm weather plus high humidity creates the perfect conditions for mosquitoes to thrive. Most of the time mosquitoes feed on sugary substances like plant nectars. However, when it’s time for female mosquitoes to lay eggs, they need the extra protein that comes from blood supplies. Only female mosquitoes bite living hosts such as humans and other animals.

Mosquito bites can spread dangerous diseases such as malaria, dengue, Zika, and West Nile. While these diseases are more common in places like Africa, Asia, and South America, there have been cases in North America. Many of these diseases can also cause people to become more attractive to other mosquitoes, which helps the diseases to spread even faster. The Aedes aegypti mosquito, one of the most common types of mosquitoes, is responsible for spreading most mosquito-borne viral illness. And lucky for us, this species is especially attracted to humans. NIH-funded research sheds new light on how mosquitoes select their hosts and why, which opens the door for new ways to protect human health.

Research shows that Aedes aegypti mosquitoes are drawn to the smell of humans over other animals, but it’s not clear how they tell the difference. A recent NIH-funded study suggests that a clue may lie in the ways that mosquitoes’ brains react to different kinds of smells.

To find a host, mosquitoes use a combination of chemical and physical cues such as vision, taste, heat, and smell. Both humans and animals breathe in oxygen and breathe out carbon dioxide, which mosquitoes can sense from more than 30 feet away. After detecting exhaled carbon dioxide, a mosquito follows the odor and begins to sense body heat from the host. Mosquitoes have taste receptors on their feet as well as their tongue, so once it lands, the mosquito can taste the host even before it bites. Mosquitoes also have multiple smell (or “olfactory”) receptors in different locations: the antennae, the maxillary palp (near the mouth), and the proboscis (a mouth-like tube that helps the insect drink). These receptors connect to specific parts of the mosquito brain called “glomeruli,” which respond to different kinds of smells.

So how do mosquitoes sniff out human hosts? A team of NIH-funded researchers tested different odors that mosquitoes are drawn to―including humans, rats, guinea pigs, dog hair, and milkweed flowers―and found that each one activated different combinations of glomeruli in the mosquitoes’ brains: One glomeruli responded only to animal odors, another to only human odors, and a third to both animal and human odors.

Next, the research team took a closer look at the specific chemical compounds in the odors that lit up the “human-detecting” glomeruli and narrowed in on a substance called “sebum,” an oily and somewhat waxy substance made by skin and hair follicles that coats and protects the skin from harm.

This sebum combines with sweat and slowly evaporates into the air, which affects the way we smell—our “odor.” Our odor is a complex blend of chemicals that can act as a form of communication within and across species, so when we sweat or are in a humid environment, we’re communicating with others that we’re around…and that includes mosquitoes.

Dr. Carolyn S. McBride, one of the lead researchers on the study, said that breakdown products of human sebum likely trigger the “human-detecting” glomeruli of the Aedes aegypti mosquitoes that her team studied. Humans aren’t the only animals that produce sebum, but its specific makeup varies across different species. Some humans create more sebum than others, and your sebum production can be influenced by factors such as age, medications, and lifestyle.

With nearly half of the world’s population at risk of preventable mosquito-borne illnesses, a better understanding of how mosquitoes are attracted to their hosts―and how they tell the difference between animals and humans―can help researchers design more effective strategies for reducing the spread of dangerous diseases.

National Institute on Deafness and Other Communication Disorders

There are more than 3,500 types of mosquitoes.