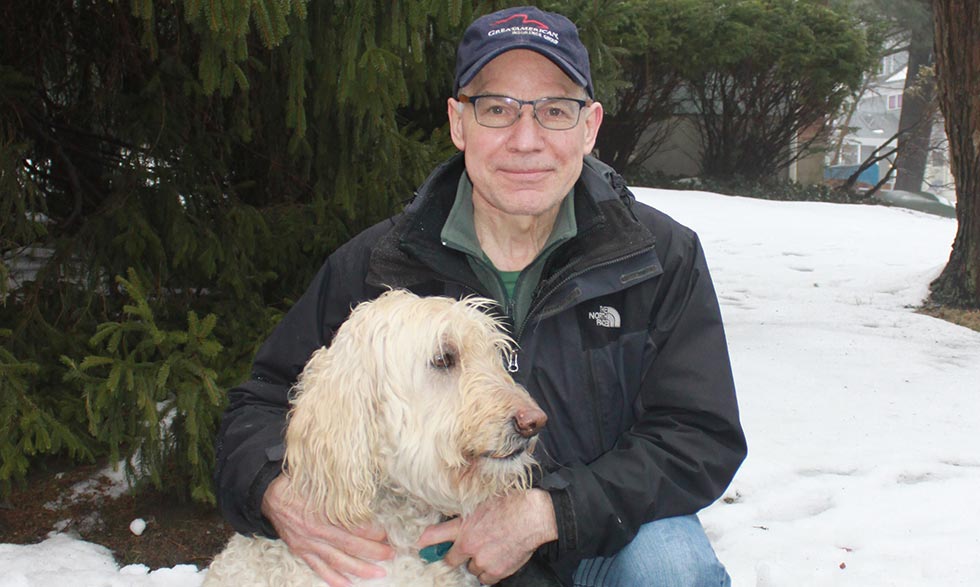 In 2006, architect Eric Ward had a mole examined on his face by a dermatologist, or doctor who treats the skin. At the time, he was told the mole was not cancerous and he didn't think anything more of it.

But a few months later, Eric noticed he had swollen lymph nodes.

"I just thought that was part of a head cold," he says, "so I waited a month or so, thinking it would go away," he said.

The cold went away, but his lymph nodes were still swollen.

When Eric finally went to the melanoma clinic at Massachusetts General Hospital in Boston, he was told he had a tumor on his neck. The doctor said it would have to be removed, but that it was probably not cancerous.

But the opposite was true.

Eric had an aggressive form of melanoma in his lymph nodes, all along his neck.

So Eric had a second surgery to remove all the lymph nodes in his throat and neck area. The doctors also recommended he join a melanoma clinical trial to help the cancer from spreading more.

Eric would go to the hospital for a week and receive the chemical infusions, then he would have three weeks off.

He did three rounds of that treatment, experiencing a number of side effects; among them, hair loss from the chemotherapy, fatigue, weakness, and wild dreams.

"It was rather brutal," Eric recalls. Between infusions, he worked as much as he could and tried to maintain a normal life with his family and friends.

Eric's doctors told him there was a strong chance that the melanoma would return.

"My doctor said to look at other parts of my body. So anytime I got sick or had the smallest ache in my knee, I didn't know if that was related to the melanoma," Eric said.

Then came the best news. After the doctors completed the neck surgery, the results were negative.

"That meant that they removed the melanoma, which was very enlightening," Eric said.

He  has been cancer-free for more than 10 years.

Eric doesn't want to take any chances that the cancer will return.

He tries to stay out of the sun as much as possible and avoids getting sunburned. He also looks out for others, by sharing his story. He tells friends and family members to get any moles checked out.

Ironically, Eric doesn't really like sunny weather. He grew up in Portland, Oregon, which tends to be cloudy and foggy.

"I never did spend a lot of time in the sun growing up," Eric says.

In his free time, he still enjoys outdoor activities such as playing tennis, hiking, and walking his dog. But he always makes sure to wear a hat.

"Now, I have an excuse to not go to the beach," he laughs.

Approximately one person dies of melanoma every hour in the U.S.

In May 2012, 22-year-old new college graduate Heather Quintal was excited to begin a career at an accounting firm in Boston....